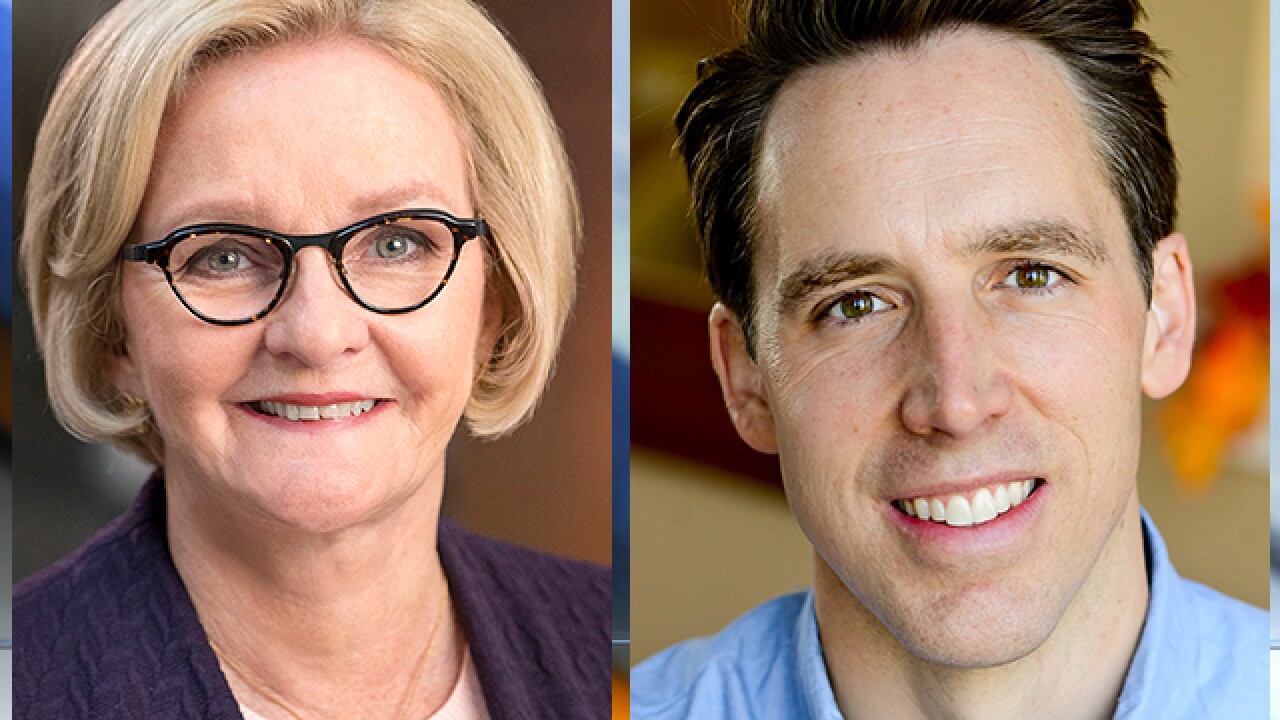 Copyright 2018 Scripps Media, Inc. All rights reserved. This material may not be published, broadcast, rewritten, or redistributed.
<p>Claire McCaskill and Josh Hawley</p>

It is a seat the Democrats need to hang onto to have any chance of gaining control of the U.S. Senate. Currently, Republicans hold a 51-49 advantage, with VP Mike Pence able to cast the tiebreaker.

The poll , conducted Aug. 8-9 by Missouri Scout, shows the race tied, which is in line with a series of polls conducted in the race since this spring.

Both candidates received 47 percent of the vote, with six percent of those polled saying they were undecided.

The poll also asked respondents their thoughts on amending the state constitution to permit the use of medical marijuana, with 54 percent of respondents approving.

The poll was conducted by TJP Strategies, a Democratic consulting firm, on behalf of Missouri Scout, with 1,785 likely 2018 general election votes and a sampling error margin of plus or minus 2.3 percentage points.