GOP staffers lacking on the ground in battleground states 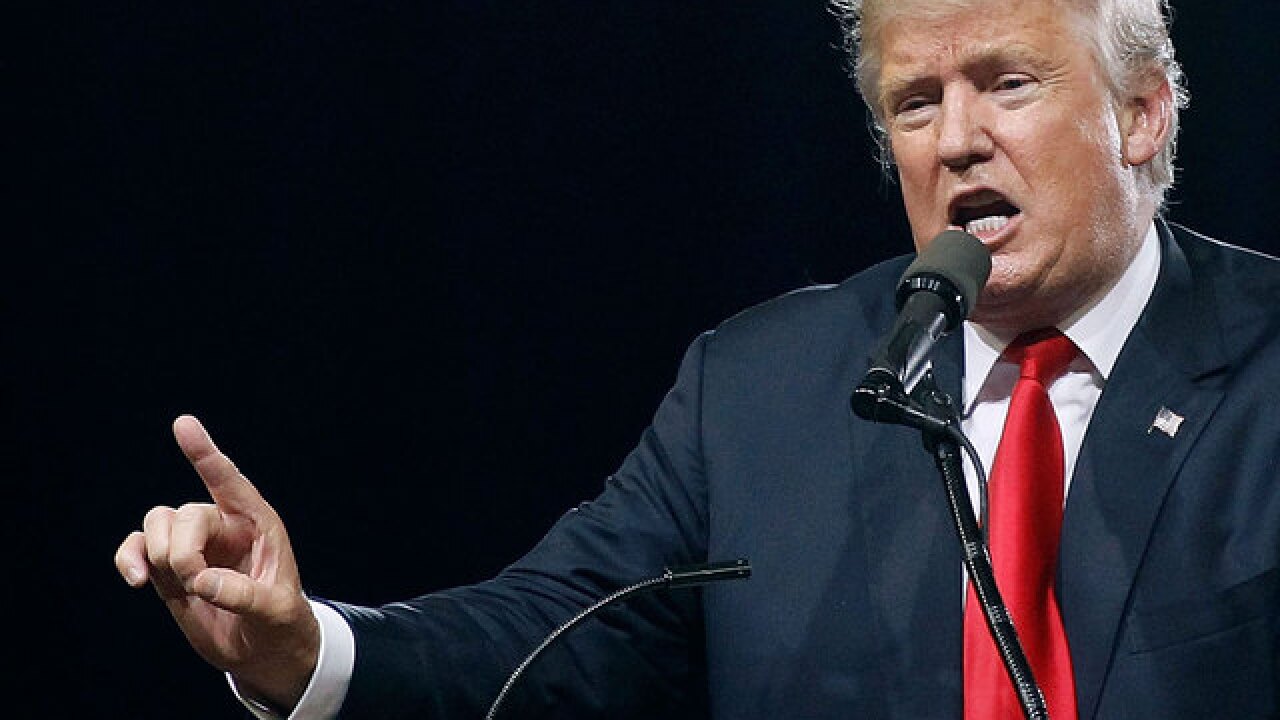 <p>Republican presidential candidate Donald Trump speaks to a crowd of supporters during a campaign rally on June 18, 2016, in Phoenix, Ariz. (Photo by Ralph Freso/Getty Images)</p>

"We've moved on to thousands and thousands of employees," party chairman Reince Priebus declared in March, contrasting that with the GOP's late-blooming staffing four years earlier. "We are covering districts across this country in ways that we've never had before."

That hasn't exactly happened, a state-by-state review conducted by The Associated Press has found.

With early voting beginning in less than three months in some states, the review reveals that the national GOP has delivered only a fraction of the ground forces detailed in discussions with state leaders earlier in the year. And that is leaving anxious local officials waiting for reinforcements to keep pace with Democrat Hillary Clinton in the states that matter most in 2016.

To be sure, the national party actually has notched record levels of fundraising over the past few years and put together a much more robust ground game than it had in 2012. But officials acknowledge the real competition isn't their past results or the chronically cash strapped Democratic Party. It's Clinton and what GOP party chairman Priebus calls "that machine" of Clinton fundraising.

Some examples of Republican shortfalls: Ohio Republicans thought they were going to see 220 paid staffers by May; in reality there are about 50. Plans for Pennsylvania called for 190 paid staffers; there are about 60. Iowa's planned ground force of 66 by May actually numbers between 25 and 30. In Colorado, recent staff departures have left about two dozen employees, far short of the 80 that were to have been in place.

AP learned of the specific May staffing aims from Republicans who were briefed earlier this year; the RNC did not dispute them. Current totals came from interviews with local GOP leaders over the past two weeks.

The gulf between what state leaders thought they could count on and what they've actually got comes as RNC's ground game is asked to do more than ever before. Presumptive nominee Donald Trump is relying on the party to do most of the nuts-and-bolts work of finding and persuading voters in the nation's most competitive battlegrounds.

"This is a race we should win," Ohio GOP chairman Matt Borges said, citing a voter registration boom. "Now, we have to put the people in the field."

In New Hampshire, a swing state that also features one of the nation's most competitive Senate contests, the Republican National Committee's original plan called for more than 30 paid staff on the ground by May. Yet what's happening there highlights that even when the RNC is close to meeting its staffing goals, there can be problems. In this case, 20 positions have been converted to part-time, and local officials have been struggling to fill them.

"It's a tall order to ask the RNC to be the complete field operation for the presidential nominee," said Steve Duprey, a national party committeeman from New Hampshire. "We're following through on the plan, but it was slower being implemented than we first would have hoped."

Borges and Duprey, like Republican leaders across the nation, acknowledged that the national party has dramatically reduced its staffing plans in recent months.

"You discuss idealistic, you discuss realistic," said the RNC's political director Chris Carr. "Some people hear what they want to hear."

The Democrats have been more focused. The GOP's foes, says party chairman Priebus, "have built their program around a candidate."

By that measure, Clinton and her Democratic allies appear to be quite far ahead, with roughly double the staff of the Republicans in Ohio, for example.

For anyone — party or candidate — ground operations are expensive.

The RNC's 242-person payroll cost $1.1 million in May, federally filed financial documents show. Additionally, the party transfers hundreds of thousands of dollars each month to state parties, which in turn hire more people.

Between direct RNC employees and state employees hired with the help of transfers, the party counts more than 750 staff members, including 487 spread across the country and concentrated in battleground states. By contrast, at this point in 2012, there were just 170 paid Republican operatives across the country.

Party officials say they are confident they will raise enough money to maintain — and very likely boost — the current level of employees until Election Day. Trump, who did not actively raise money during the primary season, touted surprisingly strong fundraising numbers in late May and June, including $25 million that will be shared with the party.

But it was the primary triumph of Trump in May — and the fact that he did not bring with him a hefty portfolio of donors — that derailed the party's fundraising and hiring goals, party officials said.

The timing was important because a nominee typically serves as a major fundraiser for the national party, and having one in March or April would have given the Republicans a boost.

A sign on an office door in Sarasota, Florida, illustrates how critical the RNC will be to Trump's bid for the White House. It's Trump's state headquarters.

"THANKS FOR STOPPING BY OUR OFFICE!" the blue paper reads. "Our office is TEMPORARILY CLOSED to the public, while our office works to prep for the National Convention in Cleveland."

A phone call to the number on the sign ended with an automated message stating, "Memory is full."

The Republican Party has 75 employees on the ground in Florida — a few dozen shy of Clinton — but they aren't seamlessly integrated with the Trump campaign.

"I do see cooperation between the national party and the Trump campaign," said Michael Barnett, chairman of the Palm Beach County GOP. "But that hasn't materialized at the local level yet. That doesn't mean it won't happen. It's a little bit of a late start, but I'm not nervous. Not yet."

Like Florida, Ohio and New Hampshire, Wisconsin is a presidential battleground that features a highly competitive Senate race. That means national party staffers have the dual task of promoting Trump and a Senate candidate.

That can be tricky.

The RNC's 49 employees are spread across 13 field offices under the command of the state director in Madison. That office is papered with re-elections signs for Sen. Ron Johnson. Trump yard signs are stacked in one corner.

Voters' answers are fed into a database that Republicans use to better target their turnout efforts — part of a $100 million investment in data, party officials said.

In the span of an hour, Andrews talked to some voters who want a change in the White House and who support Johnson, but none who are ready to commit to Trump. That's the way most people have responded over the three weeks he's been doing doors, Andrews said.

"I'm a Republican but I just can't vote for Trump," said voter Steve Rhoades, of Fitchburg. "I don't believe in his policies and point of view on most things. He's just too over-the-top for me."

The RNC ground force has a simpler task in states without a Senate race, and in areas of Trump enthusiasm. For example, in Virginia, where there are about 35 paid employees, a recent evening of door-knocking turned up numerous voters committed to Trump.

GOP volunteer Robert Frank got a quick, "Yes, absolutely," when he asked Fredericksburg resident Elizabeth Skinner whether she'd be voting for Trump. "Why would I want that chaotic mess to continue?"

Even the state leaders who are disappointed the RNC hasn't yet hired as many ground troops as it had hoped say the party's operation is bigger, better and more experienced than four years ago. The party's first 2016 employees got to work in 2013, and they've road tested voter identification and turnout strategies all across the country.

Party leaders are also training hundreds of volunteers to help paid operatives identify likely Republican voters and get them to the polls this fall, which is one way to offset the need for so many paid employees.

"We are so far ahead of where we were last time that there's almost no way to compare it," said Garren Shipley, the RNC's Virginia communications director. "And none of what we've built will go away on Inauguration Day."