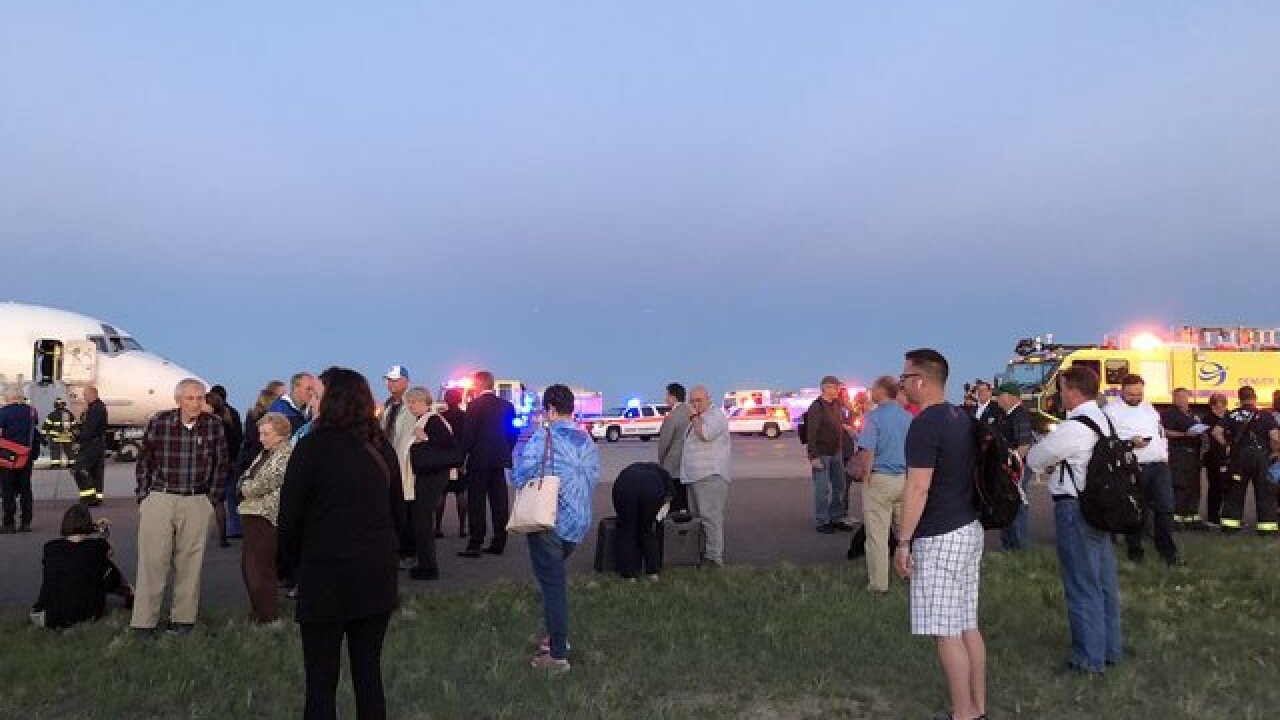 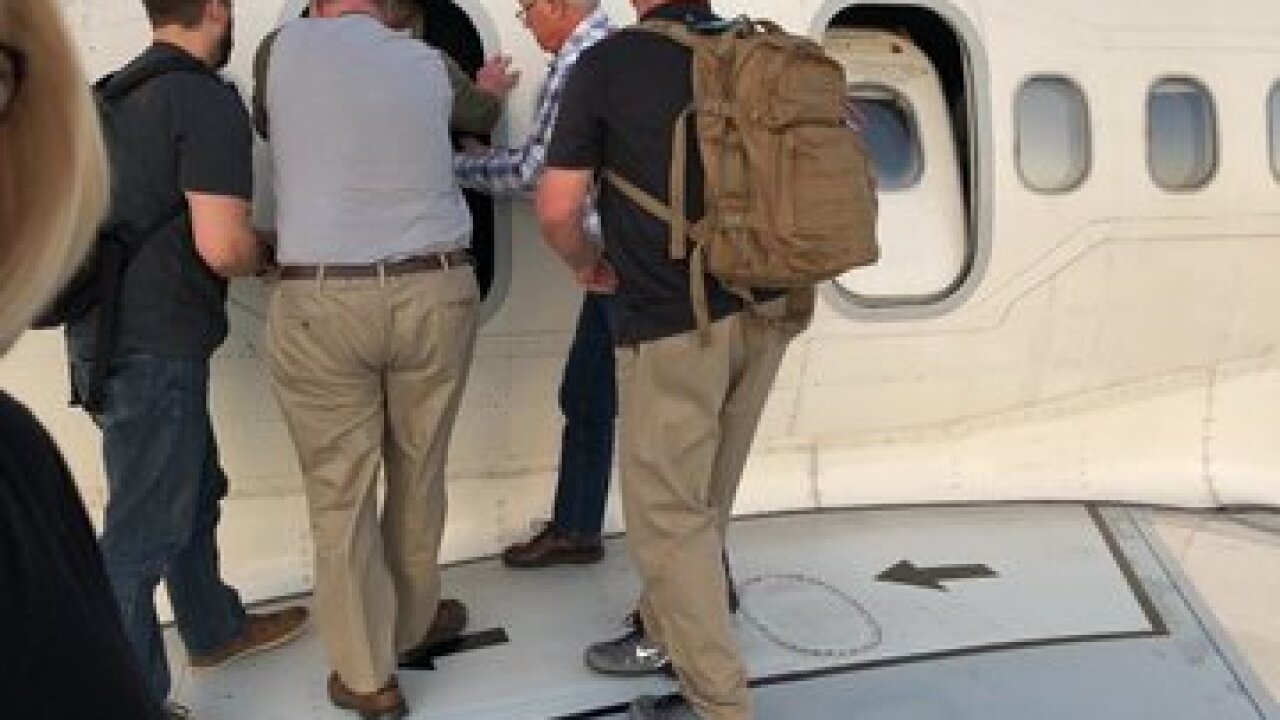 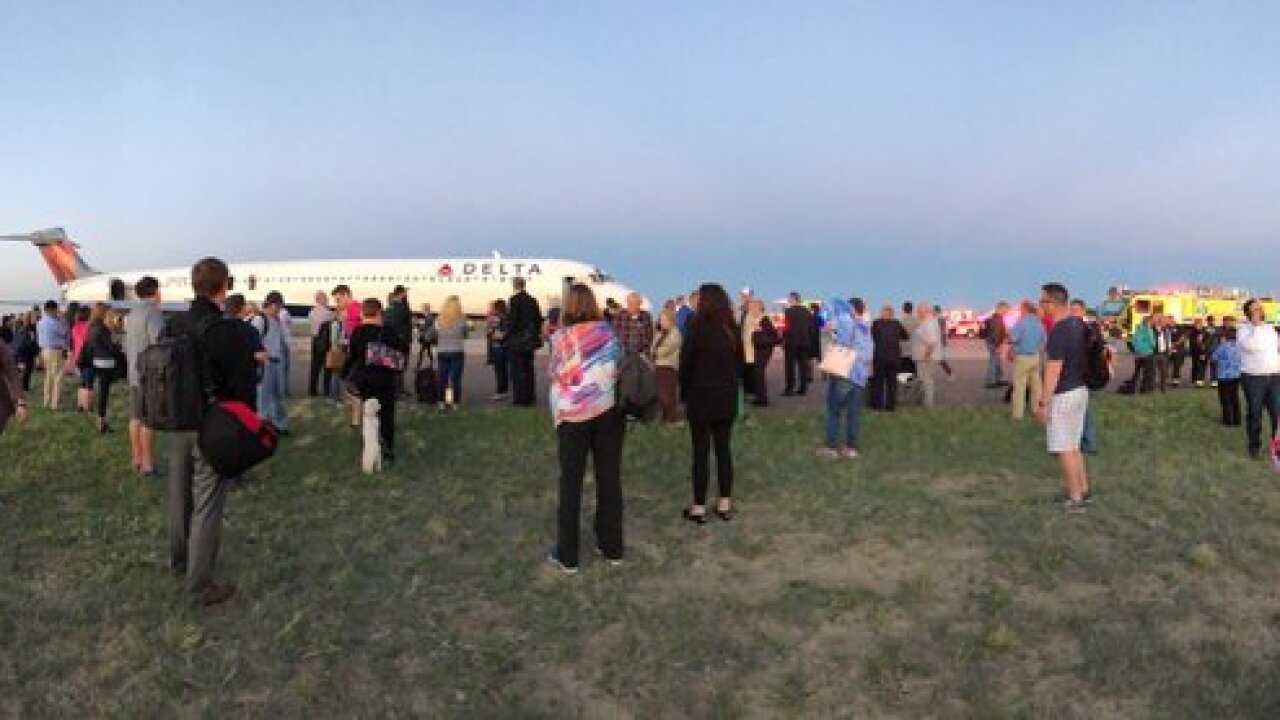 A Delta Airlines flight from Detroit to Denver was evacuated after landing Tuesday evening at Denver International Airport following reports of smoke in the cabin.

Delta Airlines Flight 1854 from Detroit had already been delayed in Detroit for about three hours before the flight departed, according to flight records and a passenger who was on the plane, Jim McManus.

All its passengers had to be evacuated once the plane landed in Denver around 8 p.m., DIA confirms.

McManus said that smoke started coming through the cabin vents after the plane had landed in Denver and while it was taxiing to its arrival gate.

He said the stewardesses were "calm" throughout the ordeal, told passengers to put their heads down, and waited with passengers before evacuating themselves.

He said he wasn't sure where the smoke originally came from, but said it wasn't too thick and that most people on board the plane remained calm throughout.

Scariest thing. After landing fumes through the vents and fire. Feeling faint and sick. Baby was last one out!!! Emergency evacuation. Scariest thing ever. Delta. #Delta #deltaairlines @Delta @DeltaNewsHub pic.twitter.com/oMmkpbhoqo

Firefighters responded to the scene. No injuries were reported from smoke inhalation, DIA said, but it was unclear if anyone was injured while getting off the plane.

“After arrival in Denver and during taxi to the gate, Delta flight 1854 from Detroit to Denver stopped on a taxiway where customers deplaned via slides and over-wing exits due to an observance of smoke in the cabin,” the airline said in a statement.

“Airport response vehicles met the aircraft out of an abundance of caution and customers were transported to the terminal via buses,” the statement continued. “The safety of Delta’s customers and crew is our top priority and we apologize for the concern this situation has caused.”