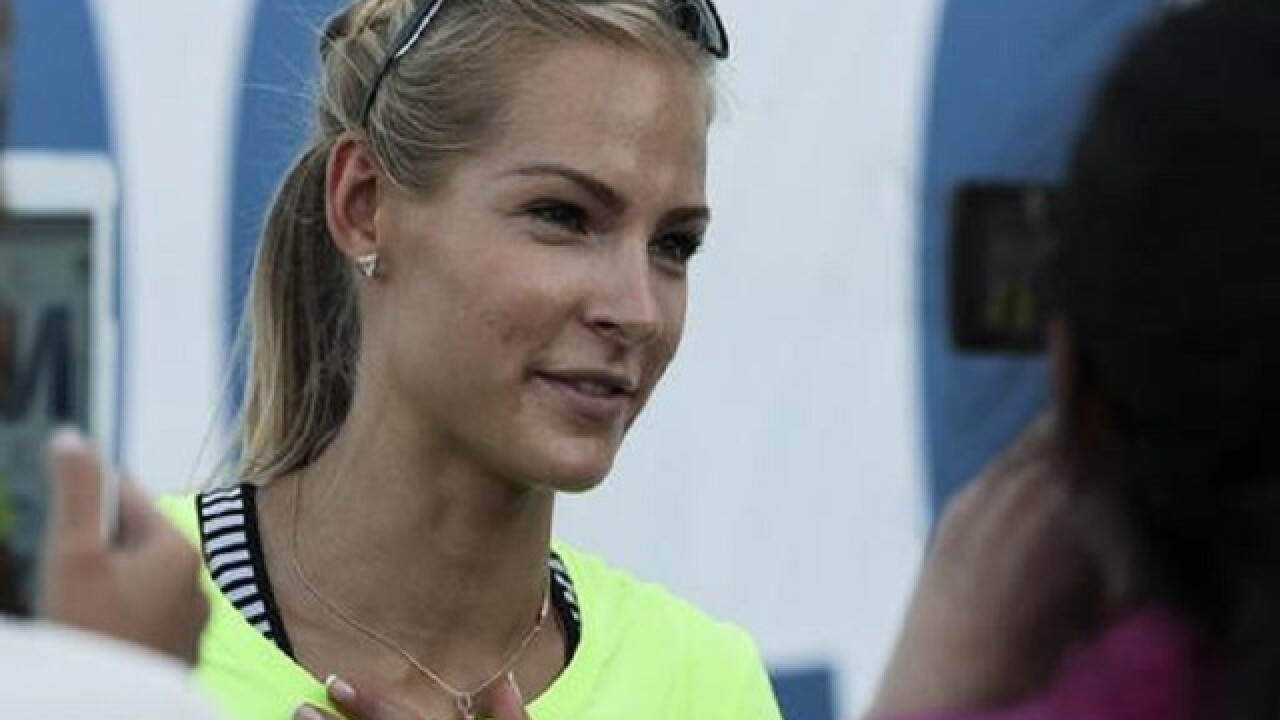 RIO DE JANEIRO (AP) — The lone Russian track and field athlete at the Olympics has won her appeal to compete at the Rio de Janeiro Games.
The Court of Arbitration for Sport ruled early Monday that long jumper Darya Klishina is eligible to take part in Tuesday's qualifying because she has been based outside of Russia for the last three years and has been subjected to regular drug-testing.
Klishina was the only one of 68 Russians cleared to participate in Rio by the IAAF. But the sport's governing body tried to ban her from the Olympics last week after receiving what it said was new information from World Anti-Doping Agency investigator Richard McLaren.
The IAAF has not disclosed what new information it has.
CAS, however, concluded that Klishina "complied with the relevant criteria because of her permanent residence outside Russia ... despite the additional information provided by Prof. McLaren.
"Relevantly, the athlete established that she was subject to fully compliant drug-testing in- and out-of-competition outside of Russia for the 'relevant period.'"
Klishina attended Sunday's hearing in person at the court's temporary base at a beachfront hotel in Rio, leaving early to return to the Olympic Village by car.
She then trained at a track near the Olympic Stadium on Sunday night while awaiting the court's decision.
The long jump final is scheduled for Wednesday.
Unlike in previous legal battles over Russian doping, the Russian Sports Ministry and the country's Olympic committee have taken a back seat in Klishina's case, with her American management company IMG in a leading role.
In comments to the R-Sport news agency before the decision was announced, Russian Sports Minister Vitaly Mutko said the accusations against Klishina were part of a "campaign directed against Russian sport, to discredit it. It's beyond the realm of common sense."
The rest of the Russian team remains banned from all international competition over allegations of a widespread, state-sponsored doping program. The sanction was upheld for the Olympics by CAS last month.
Copyright 2016 The Associated Press. All rights reserved. This material may not be published, broadcast, rewritten or redistributed.