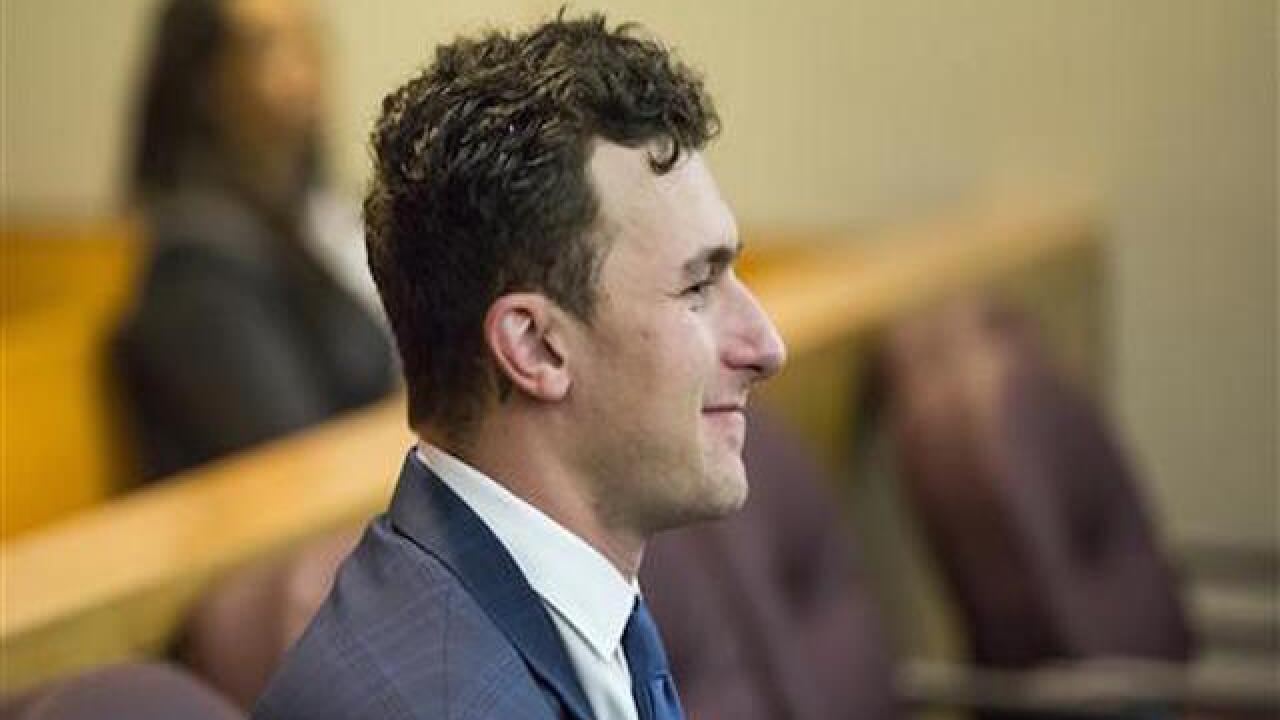 DALLAS (AP) — Johnny Manziel reported a hit-and-run accident to Dallas police earlier this week, and a representative of the troubled quarterback says he wasn't seriously injured.

Senior Cpl. DeMarquis Black told The Associated Press the accident happened Monday night, and Manziel had a witness from his vehicle and an impartial witness. Manziel attorney Bob Hinton said police told him the vehicle was damaged on the driver's side.

Manziel's spokeswoman, Denise Michaels, said the former Cleveland player told her he hit his head but didn't have a concussion or other injury.

The 2012 Heisman Trophy winner is facing a misdemeanor assault charge in a domestic violence case involving former girlfriend Colleen Crowley. A status hearing is scheduled for Friday, but Manziel isn't required to appear.

The allegations stem from a night out on Jan. 30. Crowley alleged Manziel accosted her at a Dallas hotel, a confrontation that continued downstairs to the valet station. She said he forced her into a car and a valet disregarded her pleas for help.

The two eventually drove to where her car was parked in front of a Dallas bar, she said in an affidavit. She said Manziel got into the driver's seat and began to drive. Crowley said Manziel stopped when she tried to jump out of the car, but then he dragged her back inside and hit her.

Manziel remains unsigned and apparently without an agent with training camp about five weeks away for most NFL teams. Offseason workouts ended recently.

The Browns took Manziel 22nd overall in the 2014 draft after two remarkable seasons with the Aggies. They cut him in March after two tumultuous seasons marked by inconsistent play and off-the-field headlines about his partying and drinking, including one stint in rehab.

Since the 2015 season ended, Manziel has been dumped by two agents after both demanded a second trip to rehab, and he also faces potential punishment from the NFL. The league has tougher standards regarding domestic violence cases after revising its policy in August 2014 following the Ray Rice case.