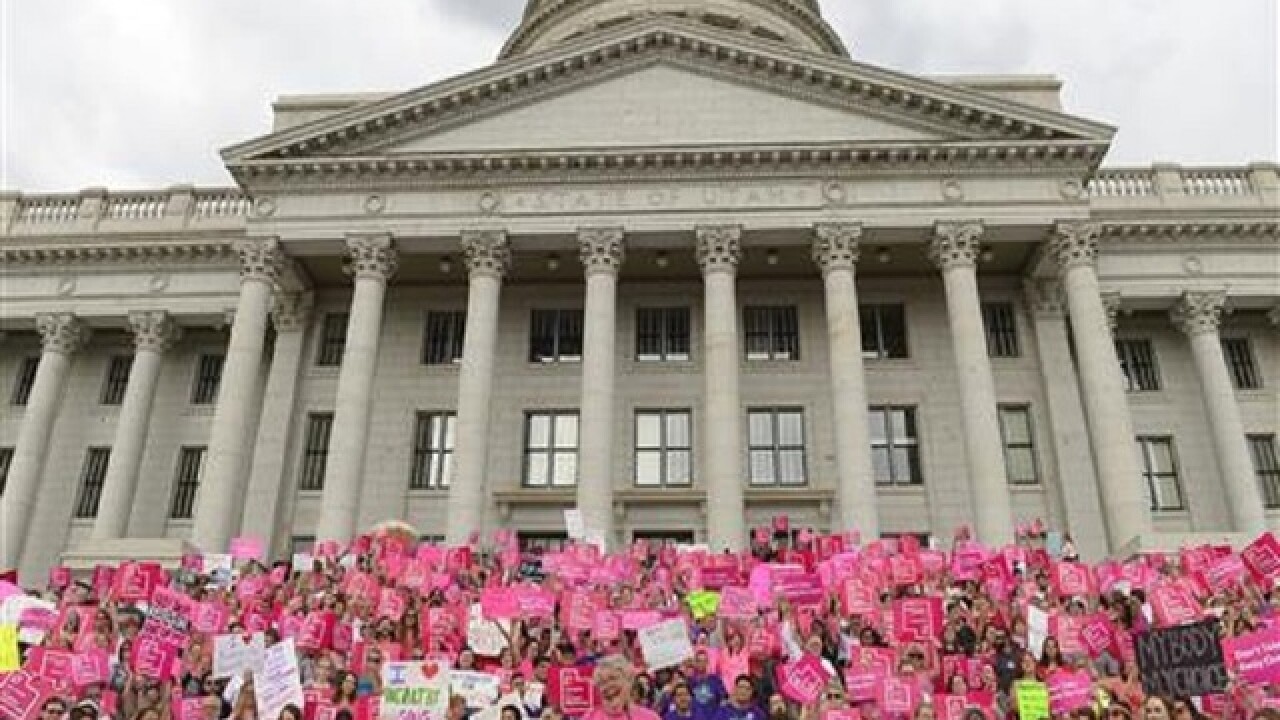 SALT LAKE CITY (AP) — The Utah governor's order to block funding to Planned Parenthood was probably a political move designed to punish the group, a federal appeals court wrote in an ruling that ordered the state to keep the money flowing.
The 10th U.S. Circuit Court of Appeals in Denver decided Tuesday there's a good chance the governor's order violated the group's constitutional rights.
Republican Gov. Gary Herbert cut off cash last fall for sexually transmitted disease and sex education programs following the release of secretly recorded videos showing out-of-state employees discussing fetal tissue from abortions.
The head of the Planned Parenthood Association of Utah hailed the ruling as a victory for the clinic's patients.
"Our doors are open today and they will be tomorrow — no matter what," CEO Karrie Galloway said in a statement.
Herbert's spokesman says the governor believes contract decisions should be made by the state, and that he was disappointed in the ruling blocking the defunding order while Planned Parenthood's lawsuit challenging it goes back to be heard by a lower court. The state is considering its next legal steps, which could include asking the full 10th Circuit to reconsider the panel's decision.
Herbert didn't comment on a finding by two appeals court judges that he likely used the controversy to politically attack the group because it provides abortions. A third judge dissented and questioned whether Planned Parenthood would ultimately prevail.
Lawyers for the Utah branch argued it has never participated in fetal donation programs. They also filed emails showing state health officials were concerned about defunding the programs that serve thousands of teenagers and low-income people.
State attorneys have argued that the governor has the right to end contracts and that Planned Parenthood was still under a cloud of suspicion when Herbert ordered state agencies to stop acting as a pass-through for federal money.
Herbert said he was offended by the callousness of the discussion shown on the videos, which sparked uproar among Republican leaders around the country.
Several states have moved to strip Planned Parenthood of contracts and federal money, and the organization has sued in states like Arkansas, Alabama and Louisiana.
While most court decisions have allowed money to keep flowing, U.S. District Judge Clark Waddoups in Utah decided the governor could block the money because the state has an interest in avoiding the perception of corruption.
While Waddoups acknowledged that the Utah organization has not broken any laws, he said it has associated with other Planned Parenthood entities accused of illegally selling fetal tissue to researchers for profit.
The contracts that the governor blocked are worth $275,000, a small portion of the organization's $8 million budget. It also receives money through federal contracts, fees from clients, insurance and contributions.
Multiple investigations by Congress and several states have cleared Planned Parenthood of illegal acts. A Texas grand jury also cleared the group and instead indicted two of the activists who made the undercover videos.
Copyright 2016 The Associated Press. All rights reserved. This material may not be published, broadcast, rewritten or redistributed.