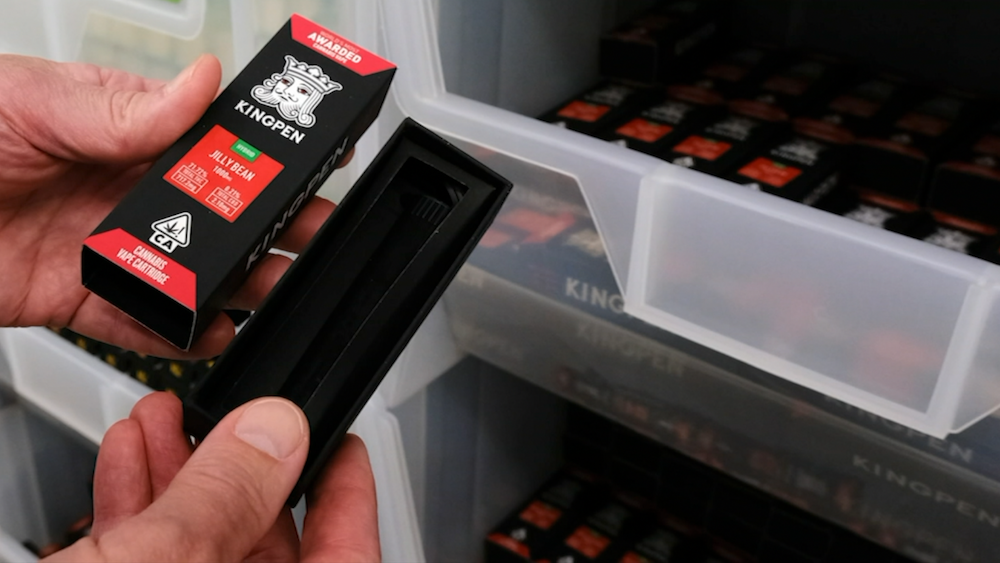 Some manufacturers of marijuana vape products in California are copying other companies' packaging in an attempt to get around regulations.

As marijuana has gone mainstream, vapes — a marijuana version of an e-cigarette, filled with potent cannabis oil — are a popular option for those who don't want the traditional smoke.

In addition to quickly delivering a high, they're helped by a perception they're healthier than smoking, like unproven claims that vaping nicotine from e-cigarettes is a safe alternative to smoking cigarettes.

In California's legal market, the world's largest, the state requires cannabis oil to be tested before being placed on the shelf for sale. For example, safety checks are made for the presence of 66 pesticides, mercury, lead and other heavy metals and 21 solvents that could be used in the extraction process, when oil is pulled from cannabis.

But it can be hard for consumers to tell whether a product they're buying is made by a legitimate company. Some legitimate and regulated vaping companies, like Kingpen, say counterfeiters are copying their packaging and selling unregulated products as their own.

The phony packaging is convincing to the untrained eye, some even carrying bogus labels that appear to carry state-required test results. Most consumers probably wouldn't know the difference — until they smoke it. The taste could be different from the authentic product, or the THC content significantly lower.

To add to the confusion, consumers can have trouble distinguishing legal dispensaries from unlicensed shops, which in Los Angeles sometimes operate in the same neighborhoods and appear indistinguishable.

With counterfeits leaching into California's illegal vape market, the threat for licensed companies is not just millions in lost revenue. They worry their highly-valued brands could be forever tainted if people get a mouthful of foul-tasting vapor, or even become sick, from a bogus product carrying their name.

To fight off rampant counterfeiting, the parent company of Kingpen is preparing to shelve millions of dollars in packaging and hardware, then spend millions more launching a redesigned product.