Costco, Home Depot to limit number of customers in stores during COVID-19 pandemic 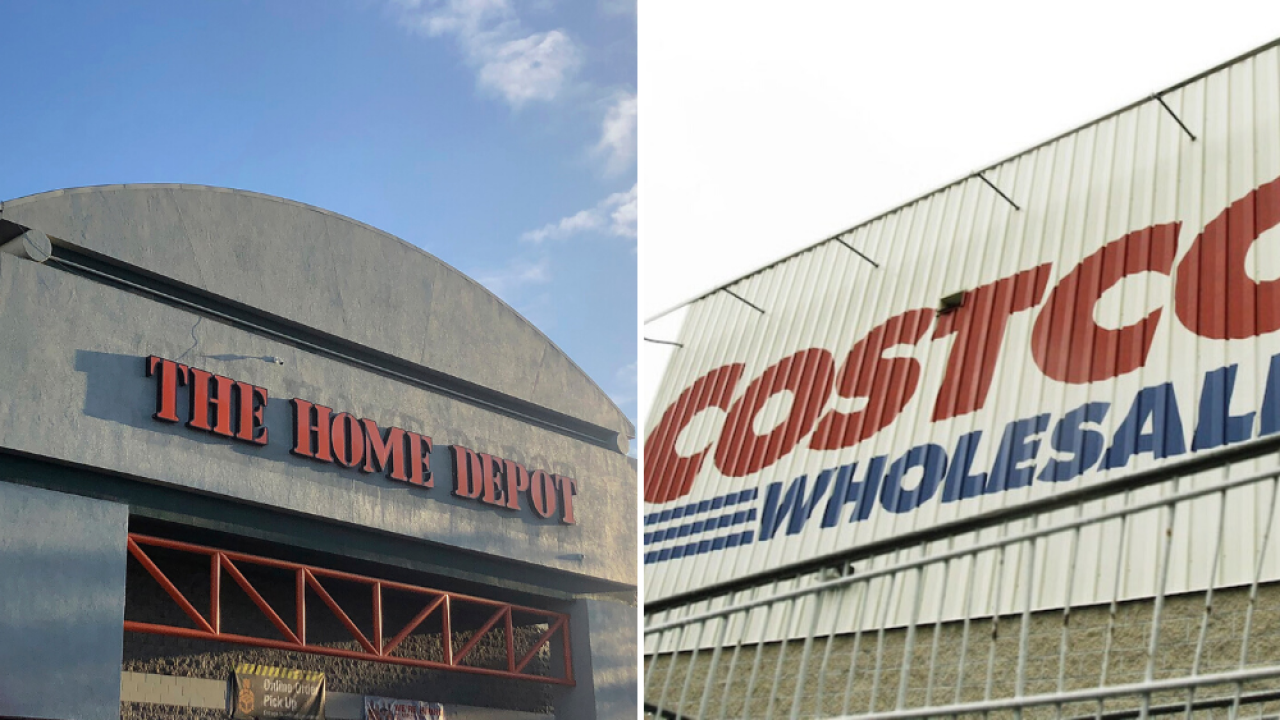 Costco and Home Depot say they will limit the number of customers it allows in its stores in the hopes of preventing the spread of the coronavirus,.

Beginning Friday, Costco will allow no more than two people to enter one of its stores on the same membership card in an attempt to limit crowds and prevent the spread of the coronavirus. Previously, Costco members were able to bring up to guests with them during each visit to its stores.

Also on Wednesday, Home Depot said it would also limit how many people would be permitted to enter the store. The chain did not say how many people it would allow in its stores at one time and did not disclose how they would regulate that number.

Earlier this week, Costco that it was changing its hours at most locations. Most stores will now close at 6:30 p.m. between Monday and Friday.

On Tuesdays, Wednesdays and Thursdays, Costco also has limited access to only customers aged 60 and older in an attempt to keep senior citizens safe during the pandemic.

Home Depot also said Wednesday that it would add "social distancing markers" near cash registers, posted social distancing reminder signage around its stores and will make PA announcements throughout the day reminding customers to keep a safe distance.

Home Depot also said it would join Walmart in checking employees' temperatures before shifts to ensure that they are healthy.