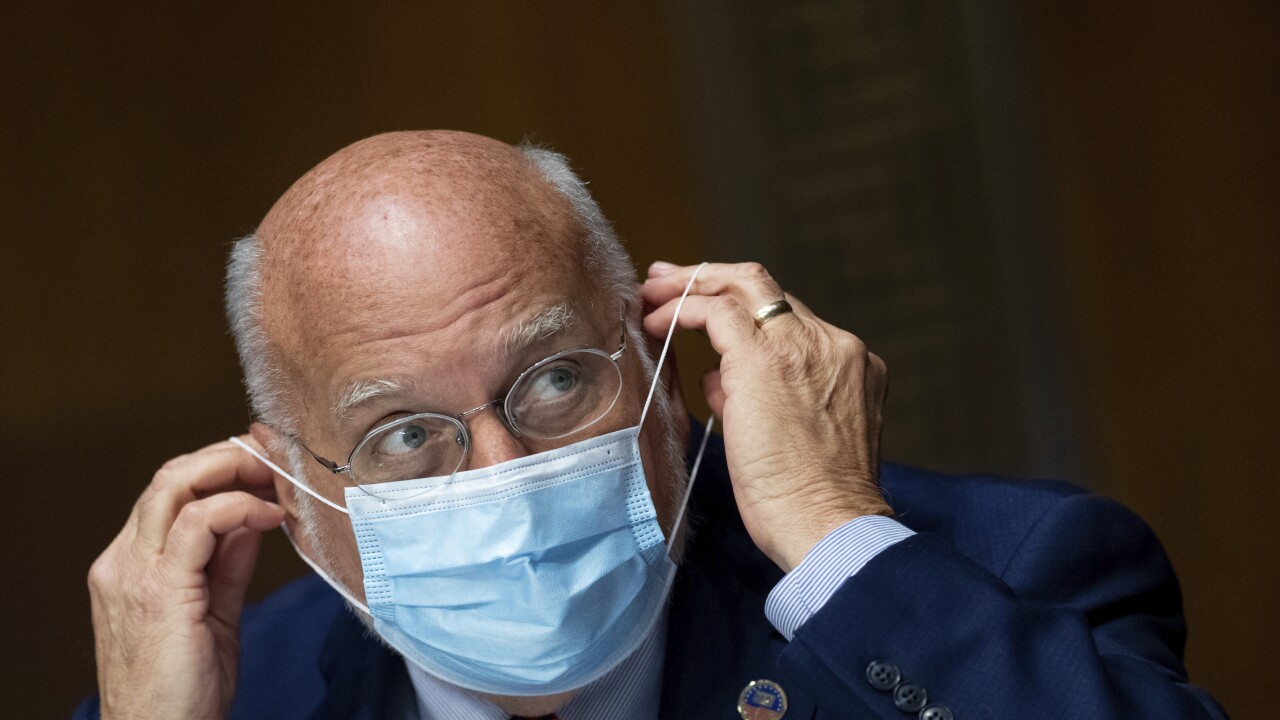 POOL
Saul Loeb/AP
Dr. Robert Redfield, Director of the Centers for Disease Control and Prevention (CDC), testifies during a Senate Appropriations subcommittee hearing on the plan to research, manufacture and distribute a coronavirus vaccine, known as Operation Warp Speed, Thursday, July 2, 2020, on Capitol Hill in Washington. (Saul Loeb/Pool via AP)

WASHINGTON, D.C. – The White House is blocking the Centers for Disease Control and Prevention (CDC) from testifying before a House committee on how to safely reopen schools amid the COVID-19 pandemic.

Chairman of the House Education and Labor Committee Bobby Scott (D-Va.) said Friday that representatives asked for the CDC to testify in a public hearing next week to provide greater clarity on the steps that lawmakers can take to help schools educate students in a safe way, but the Trump administration blocked them.

“It is alarming that the Trump administration is preventing the CDC from appearing before the Committee at a time when its expertise and guidance is so critical to the health and safety of students, parents, and educators,” wrote Scott in a statement. “This lack of transparency does a great disservice to the many communities across the country facing difficult decisions about reopening schools this fall.”

Scott accused the Trump administration of prioritizing politics over science and harming the country in the process.

“It should not make that same mistake when it comes to reopening schools,” said Scott.

A White House official confirmed to CNN and The Hill that the administration is blocking the CDC’s participation in the hearing, saying the agency’s director, Dr. Robert Redfield, has testified at least four time over the last three months and suggested he and other doctors need to focus on the pandemic response.

However, a spokesperson for the House committee told CNN that the panel had requested a testimony from any CDC official and it wasn’t exclusive to Redfield.

The White House’s block comes at a time when Americans are debating whether sending children back to physical classrooms is a good idea, amid a surge in COVID-19 cases. The U.S. has seen record number of cases in the past several days.

President Donald Trump has been adamant about students going back to the schools, even with many experts advising against it until the outbreak is more under control. Redfield himself told The Hill Thursday that the health risks of keeping schools closed are greater than those of opening them.