When asked what his message was to Americans frightened by COVID-19, Trump calls reporter 'terrible'

When asked what his message was to scared Americans amid the coronavirus pandemic, President Donald Trump called the reporter who asked the question "terrible." 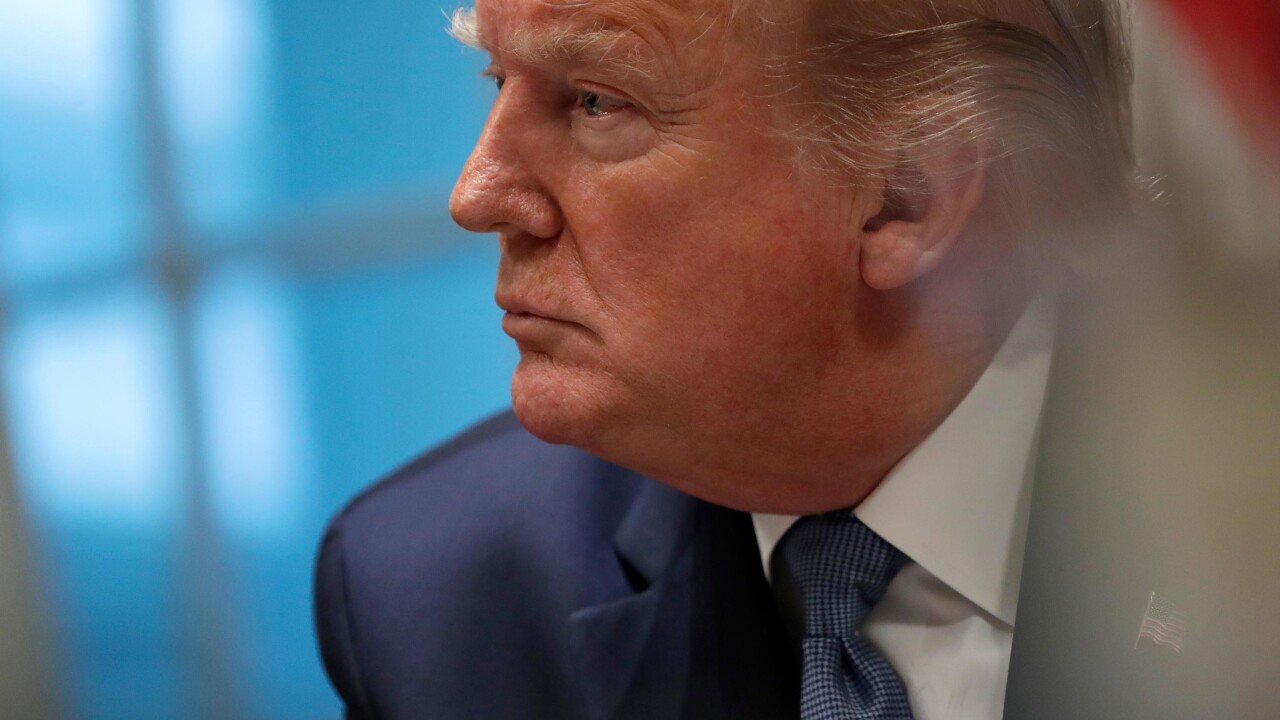 President Donald Trump sidestepped a question about his message to Americans fearing the coronavirus and instead used the question to attack the reporting an NBC News staffer.

During a briefing by the White House coronavirus task force on Friday, NBC reporter Peter Alexander asked Trump what he would say to Americans who are scared of the threat of COVID-19.

"I say that you're a terrible reporter," Trump said.

"Don't be afraid, be vigilant," Pence said. He went on to encourage Americans to continue practicing social distancing and hygiene.

I offered both Pres Trump and VP Pence an opportunity to reassure Americans.

Simple question: “What do you say to Americans who are scared?”

Trump, to me: “I say, you’re a terrible reporter.”

Pence, an hour later: “Don’t be afraid. Be vigilant.”

Trump's comment came the same day that NBC News reported that one of its staffers had died after contracting COVID-19.