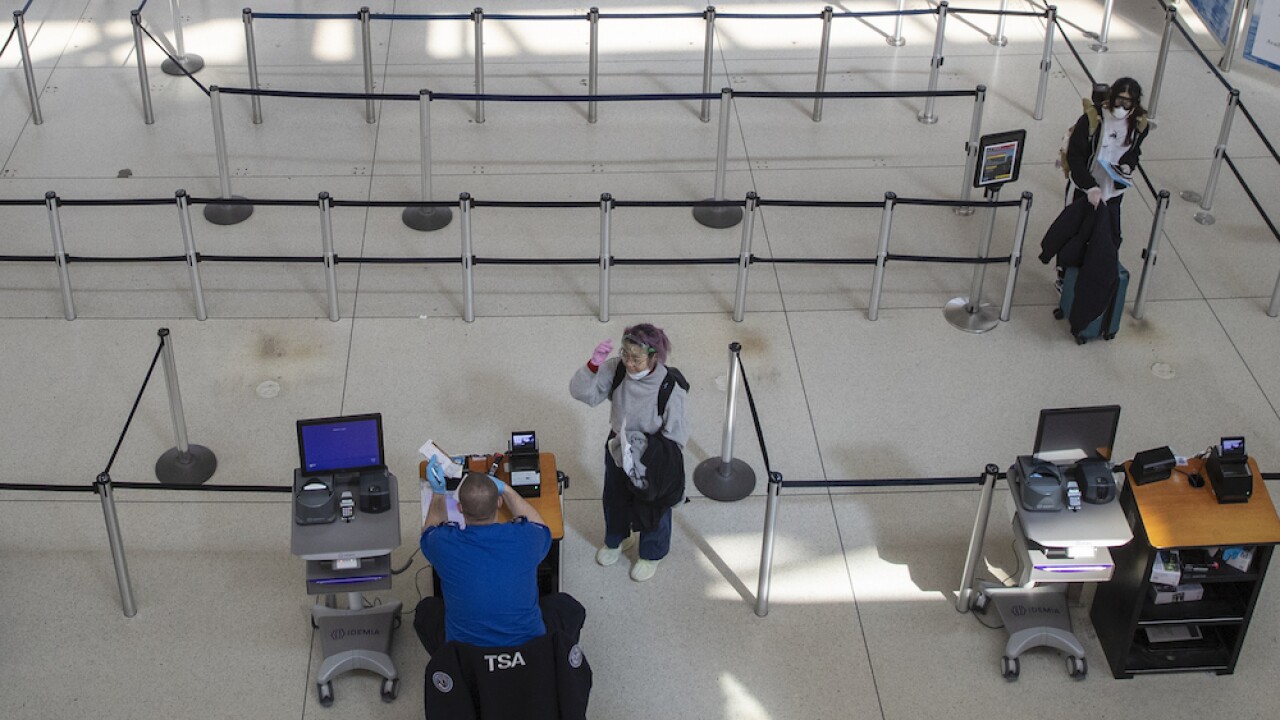 Copyright 2020 The Associated Press. All rights reserved.
Mary Altaffer/AP
A passenger removes her goggles and face mask used to fend off coronavirus at the request of a TSA agent as she goes through a security checkpoint, Tuesday, March 24, 2020, at JFK airport in New York. (AP Photo/Mary Altaffer)

The Transportation Security Administration (TSA) screened fewer passengers Monday than it had in the past 10 years, a spokesperson says.

According to TSA public affairs spokesperson Lisa Farbstein, department officers screened 154,080 people at checkpoints across the country on Monday. On the same date in 2019, TSA screened 2.3 million people.

The numbers highlight just how badly the coronavirus pandemic has crippled the airline industry. Three of the U.S.' largest airliners — American, Delta and United — have seen significant reductions in their stock prices. United has seen nearly a 50 percent drop in its stock price in the past month, and American Airlines has lost nearly 30 percent.

BREAKING NEWS: On Monday, @TSA officers across the country screened 154,080 passengers at security checkpoints. It's the lowest number screened by TSA in 10 years. For perspective, exactly one year ago 2,360,053 people were screened nationwide.

All three airlines have said they are cutting back on staffing due to the crisis. Delta said Sunday that more than 20,000 employees have volunteered to take short-term unpaid leaves of absences.

The CARES Act — the coronavirus stimulus package signed into law by President Donald Trump on Friday — allocates up to $58 billion in financial relief for airlines. On Monday, Reuters reported that American Airlines would seek up to $12 billion in federal funding, including $6 billion in payroll grants and $6 billion in loans. American has more employees than any other U.S. airlines.