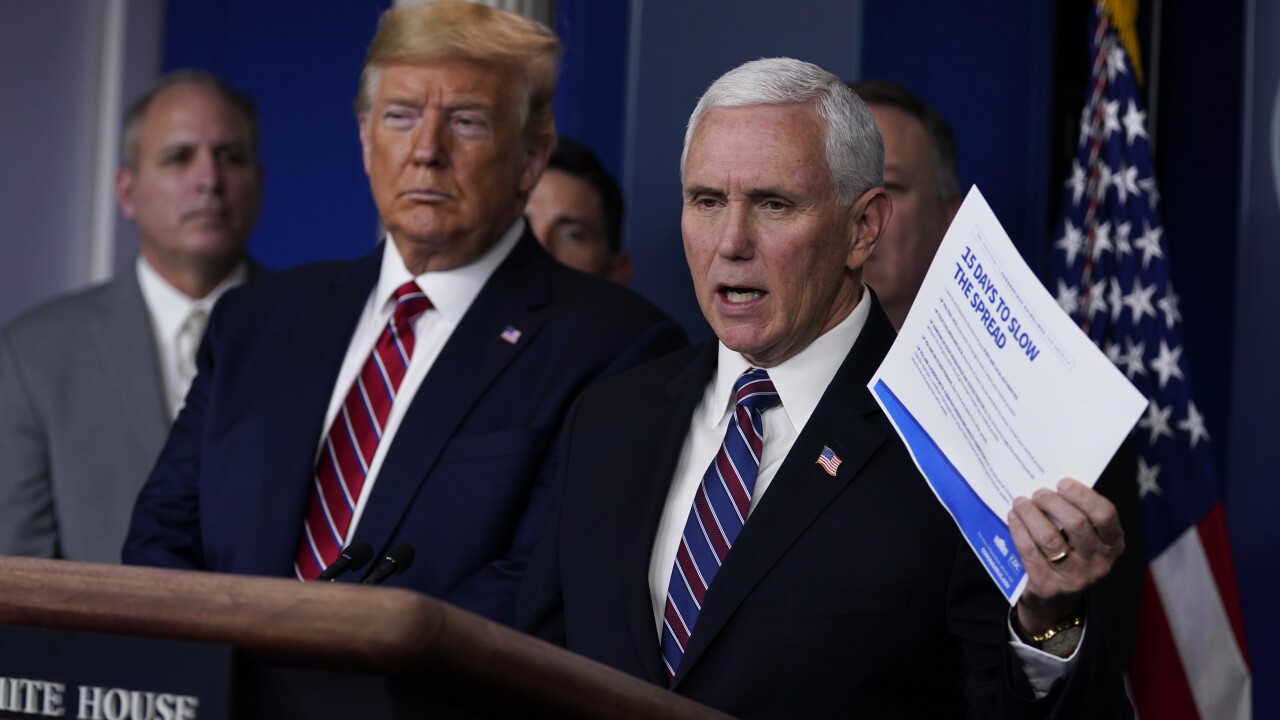 Although President Donald Trump and Vice President Mike Pence said the next week would be difficult, Trump and members of the White House task force expressed optimism over several potential treatments to combat COVID-19.

Two treatments that Trump and FDA Commissioner Stephen Hahn said are showing signs of promise are convalescent plasma and hydroxychloroquine. Hydroxychloroquine has been a treatment that Trump has been backing for several weeks, but it was not until last week that the FDA gave the green light for doctors to use the treatment under an emergency use authorization. An emergency use authorization allows doctors to prescribe drugs that aren’t approved treatments by judging that the potential benefits outweighs the risks.

While Trump said during the news conference that the drug has been “safety tested,” it has not fully vetted as a treatment for COVID-19. The drug is used for malaria and lupus, but it also has side effects for patients.

"What do you have to lose?" Trump said.

As of Saturday evening, nearly 8,300 have died in the US from COVID-19 related symptoms. And projections show that thousands more deaths are likely in the coming days. The number of COVID-19-related fatalities has more than quadrupled in the last week.

"This will be probably the toughest week between this week and next week. And there'll be a lot of death unfortunately. But a lot less death than if this was not done, but there will be death," Trump said.

Trump announced on Saturday that he is sending 1,000 military personnel with medical backgrounds to NYC, which has been hard hit from the virus. Nearly one fourth of all US deaths have come from NYC.

But the message from the White House was clear, people need to continue social distancing.

"As sobering and difficult as this is, what we are doing is making a difference...we really need to continue,” Dr. Anthony Fauci said.