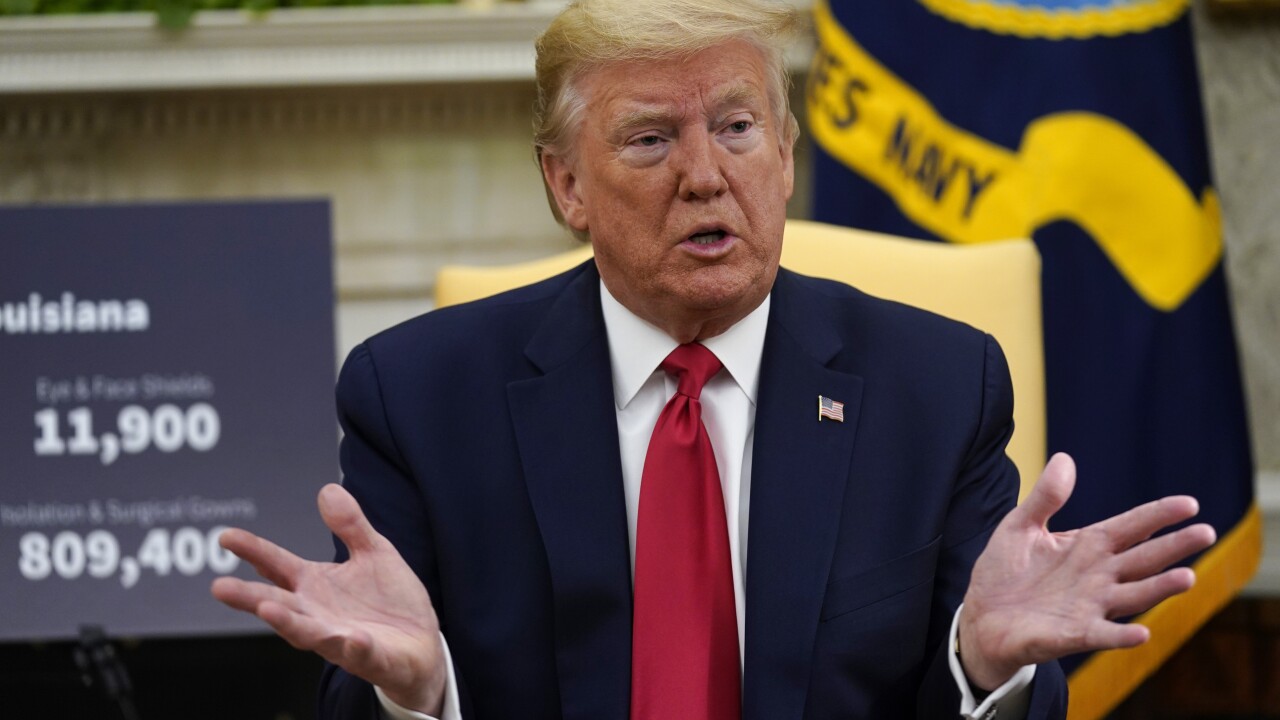 WASHINGTON — President Donald Trump says the federal government will not be extending its social distancing guidelines when they expire Thursday at the end of the month.

Trump told reporters in the Oval Office on Wednesday that the coronavirus guidelines will be “fading out” because of work that governors are doing in their states.

Vice President Mike Pence said the guidelines issued 45 days ago have been incorporated into guidance provided to the states on how they can begin the process of gradually reopening their economies.

The guidelines – which were originally supposed to last 15 days and were then extended another 30 – included encouraging Americans to work from home and avoid restaurants and discretionary travel as well as telling older Americans and those with serious underlying health conditions to isolate themselves.

Meanwhile, the president's son-in-law and senior adviser, Jared Kushner, described the administration’s response to the pandemic as “a great success story" and predicted that, by July the country will be "rocking again.”

As of Wednesday evening, the COVID-19 death toll in the U.S. exceeded 60,400 with more than 1 million cases confirmed in the country and over 120,000 patients recovered, according to a tally by Johns Hopkins University.