Trampolines, playgrounds sell out as parents try to occupy kids 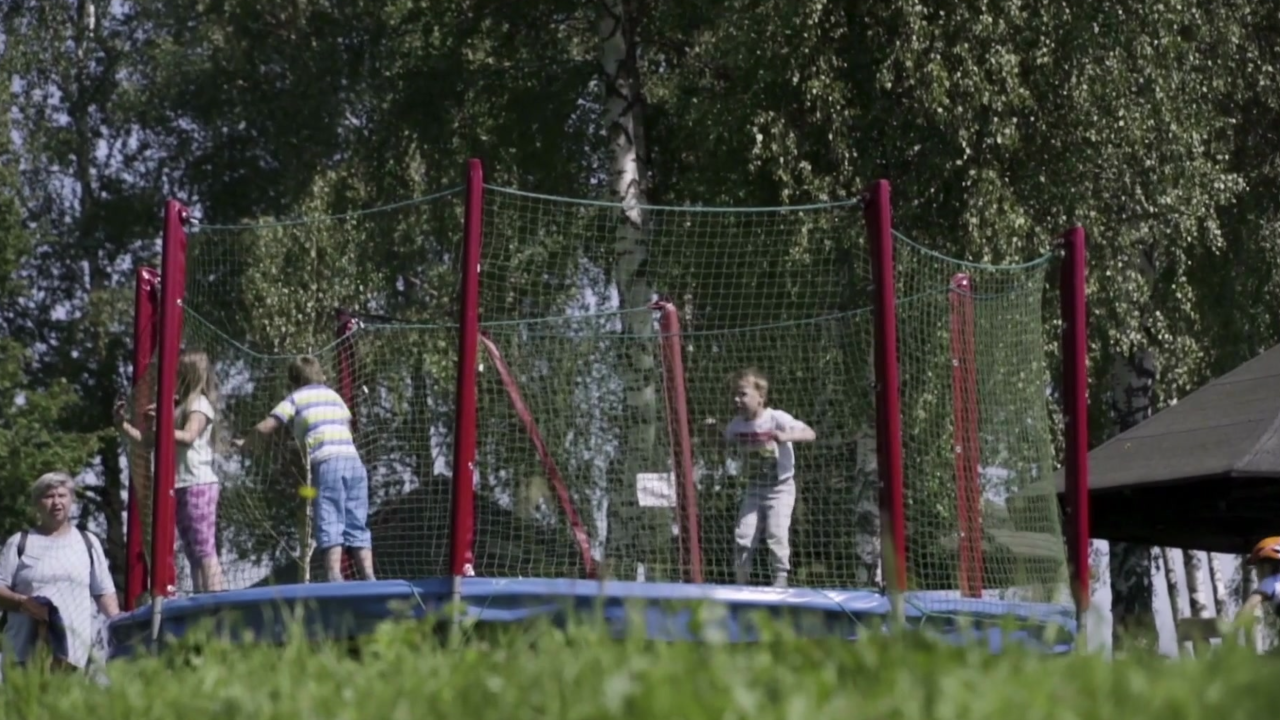 Retailers across the country have a new marketing theme this summer: Turn your backyard into a vacation haven. It seems most families agree as playground and trampoline retailers have been selling out of stock.

"It’s just been a huge surge in sales and for everything we sell. Almost like a frenzy, in a sense," says Pete DeLois. DeLois owns Recreations Outlet in Cincinnati and Columbus, Ohio. He says their sales in April doubled their previous highest month.

"The most we’ve ever sold in any one month is little over 100. I mean, we sold 140 by the time we’d gotten through two weeks in April," DeLois said. Since Recreations Outlet pre-orders their equipment ahead of the spring and summer season, their inventory of playgrounds and trampolines quickly ran dry. DeLois put customers on a waiting list for up to 14 weeks.

"I also think some of the money they had maybe was allocated for vacations," says DeLois.

Recreation Outlet shares space with a gymnastics facility which had to shut down during the COVID-19 pandemic. DeLois says many parents can spend upwards of $300 a month in gymnastics classes and are likely looking for a physical outlet for their kids.

"There isn’t anything in our product mix that they’re not looking for. We sell basketball goals, play sets, trampolines, they all are good solutions for getting the kids outside the house and away from inside the house. I’m sure parents are interested in kids getting fresh air but every one of them have been a mad dash," says DeLois.

Pete is supposed to get another 40 trampolines in next week and says they'll be gone within two days. Even entry-level playgrounds are sold out. They usually aren't.

"I've been doing this for 30 years. With a seasonal business it’s always a challenge when you're in that season because you end up doing-- in this industry you do about 70% in a five to six month window but we‘re prepared for it because we’ve done it over and over again. But we weren’t prepared for this," says DeLois.

Not prepared, but grateful that his business is doing well and helping families turn their backyards into a fun place to vacation at home this summer.