This video published by the New England Journal of Medicine explains how wearing a mask can prevent the spread of the coronavirus. 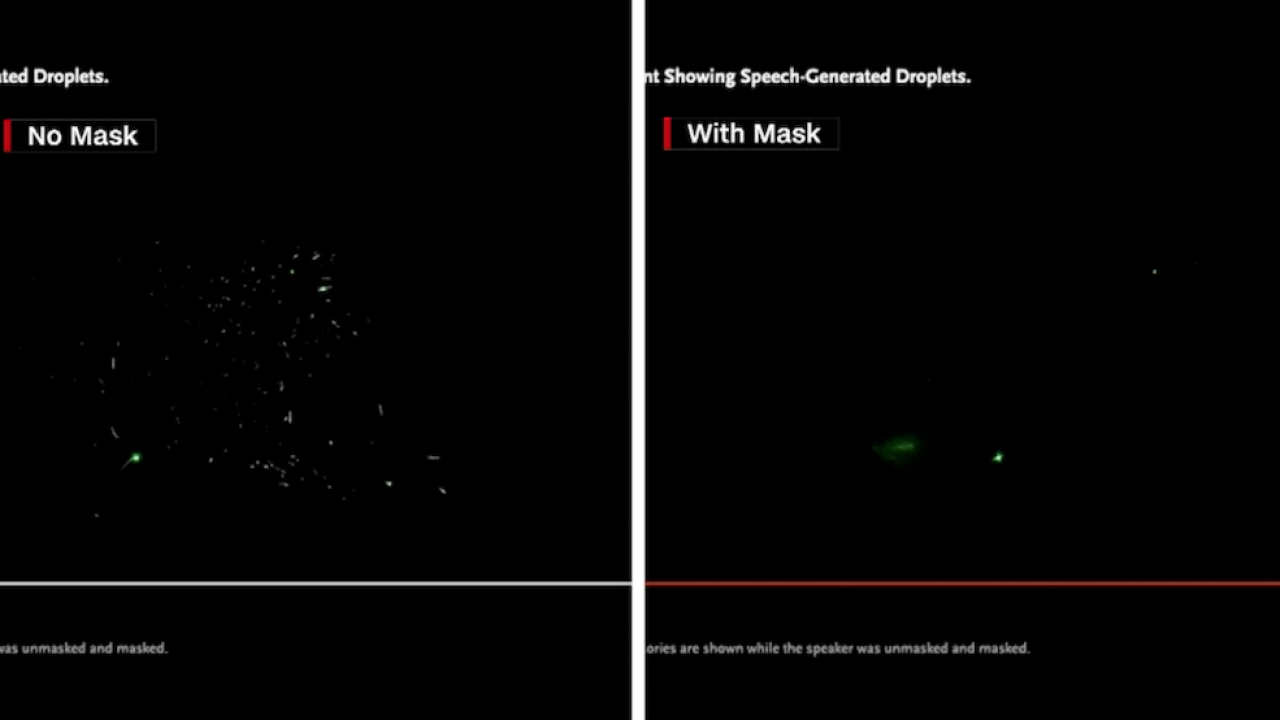 More and more local governments and health experts are asking citizens to wear masks or face coverings in public to prevent the spread of COVID-19.

In early April, the CDC issued guidance recommending that anyone wear a mask in public settings where social distancing is difficult — particularly grocery stores and pharmacies. But some local governments have taken the recommendations to a new level.

On Friday, the state of New York will require anyone in public to wear a mask, following an executive order from Gov. Andrew Cuomo. Last month, Laredo, Texas, made national headlines earlier this month when the city passed an ordinance stating that anyone caught without a mask could be punishable with a fine of up to $1,000.

The CDC says it adopted the recommendations due to how contagious the virus is even before the carrier begins exhibiting symptoms — meaning someone can pass the virus on before they even know they're sick. The CDC says wearing a mask prevents an infected person from spreading the virus through tiny saliva droplets that are produced when speaking and breathing.

A video published by the New England Journal of Medicine shows just how easy it can be to spread COVID-19 without a mask. Researchers trained a green laser light on an open box and had a person speak through the box. Any time droplets came out of the person's mouth, the laser illuminated them in green.

When speaking without a mask, the dark screen was filled with neon-green droplets. But when the exercise was repeated when the speaker was wearing a mask, nearly all the droplets were eliminated.

Watch the New England Journal of Medicine's video above. Read more about the study here.