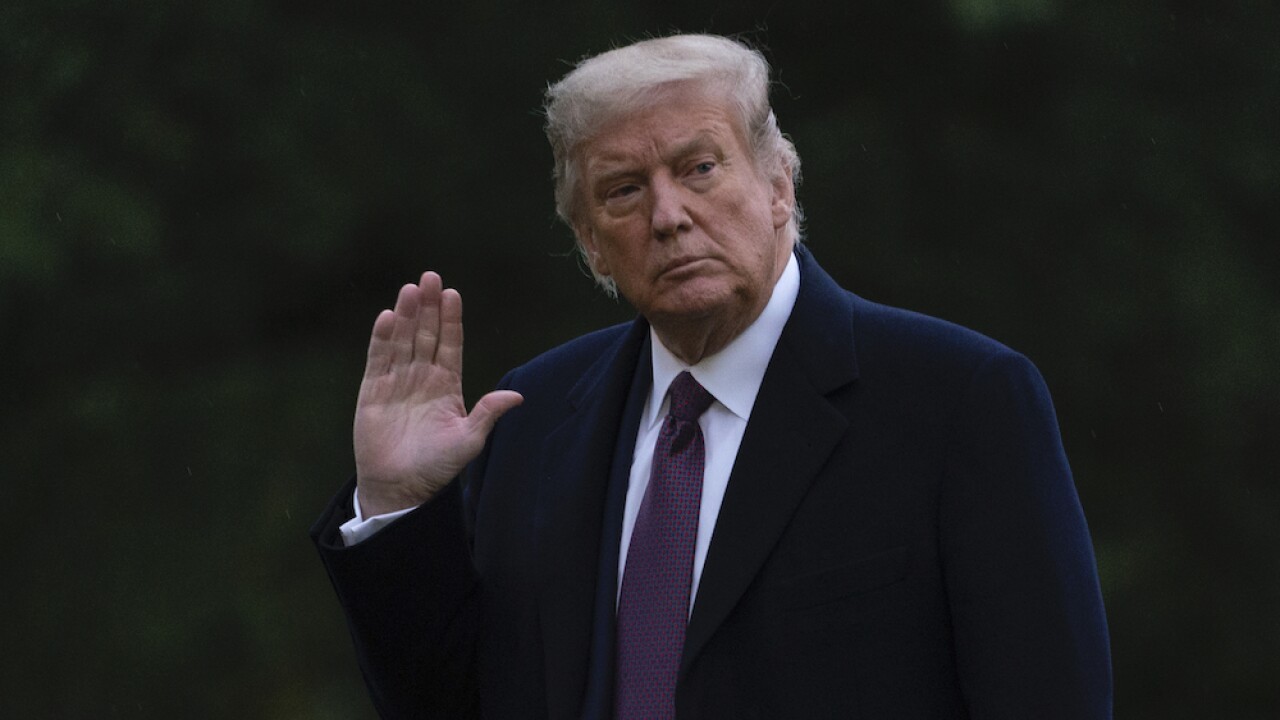 The Dow Jones Industrial Average sank more than 200 points immediately upon opening at 9:30 ET Friday morning. The market remains down about 150 points as of 10 a.m. ET on Friday.
CNN also reports that stocks in Asia and Europe also slid following Trump's announcement.

The Wall Street Journal reports that Trump's diagnosis throws several uncertainties into markets, which can be difficult to process. The president's age makes him a higher risk for the virus, and his diagnosis will force him to cancel several campaign events ahead of the November election.

Following historic losses at the outset of the COVID-19 pandemic, the Dow Jones Industrial Average has mostly recovered. The Dow has regained 8,000 points since reaching a low of 19,000 in March, despite continued record unemployment.