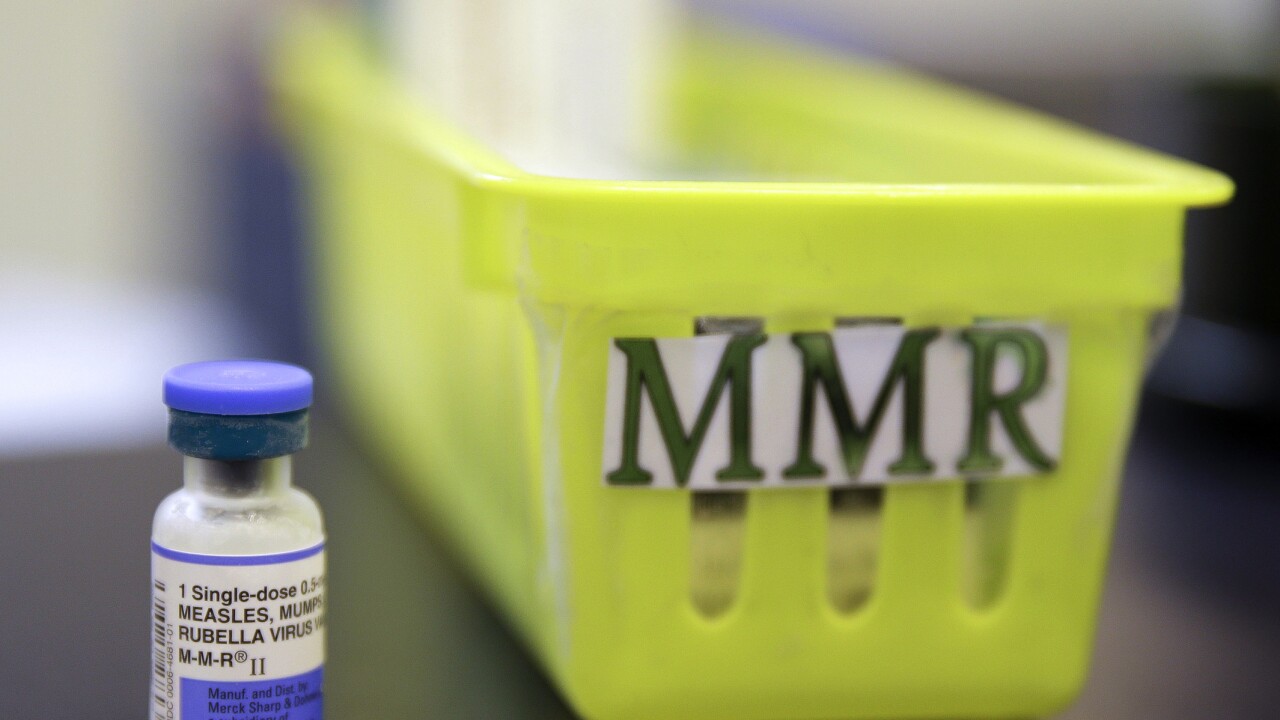 While the race to develop a safe coronavirus vaccine is on, there's new evidence other vaccines could help people survive the virus.

A husband and wife professor team from Louisiana State University and Tulane University worked together on research about the MMR vaccine. That stands for measles, mumps and rubella.

Most children get the vaccine. It could explain why kids are less impacted by COVID-19.

Testing on mice found these kinds of "live" vaccines boosted cells' ability to fight off sepsis.

Sepsis is ultimately what's causing organ problems and inflammation in many adults who have contracted the novel coronavirus.

“The idea behind it is, if these live attenuated vaccines are inducing the cells that will inhibit or dampen the sepsis, that gives the regular immune response time enough to get rid of the infection,” said Dr. Paul Fidel, a professor at LSU.

The results of the "live" vaccine test on mice were undeniable.

Researchers also point to what happened on the USS Roosevelt, where more than 1,200 sailors contracted the virus. A few were hospitalized and one died.

The professors are starting a grassroots campaign for adults to get the MMR booster.

“If we're right, wow you would have the cells that would inhibit or dampen the sepsis if you ever got infected with COVID and if we're wrong, so OK you have a booster for MMR and that can’t hurt you at all,” said Fidel.

“I think this concept with live attenuated vaccines inducing this response that controls the inflammation as opposed to targeting the actual viral infection, it’s going to serve as a stop gap measure until we get a real legitimate vaccine developed that’s been shown to be efficacious and safe,” said Dr. Mairi Noverr, a professor at Tulane’s school of medicine.

The MMR vaccine theory is being tested on primates now. There's a push for human trials, especially with health care workers and people in nursing homes.