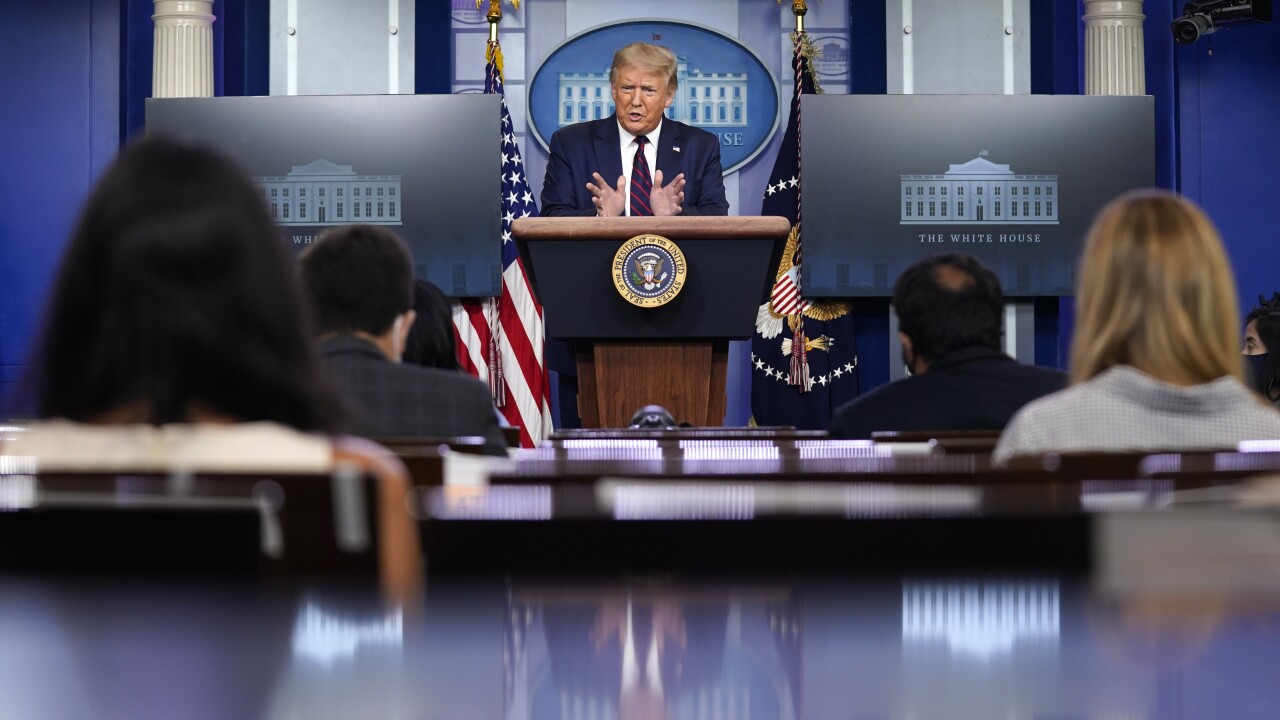 President Donald Trump held a news briefing from the White House Tuesday as the nation is still in the grips of the coronavirus pandemic.

Late Monday, a Trump interview with Axios’ Jonathan Swan was released, when the president said the nation’s death coronavirus death toll “is what it is.” The president claimed that Americans should look at the number the percentage of fatal coronavirus cases instead of the per capita death rate of the virus to measure the government’s response.

"They are dying,” Trump said. “That's true. And you -- it is what it is. But that doesn't mean we aren't doing everything we can. It's under control as much as you can control it."

Trump added that the United States is doing “very well" in its response. The president cited relative upticks in coronavirus cases in countries such as Germany, Japan and Australia. But according to Johns Hopkins University data, the spread of the virus in those countries pale in comparison to the spread in the United States.

“You’re starting to see that other countries are having very big flare-ups, countries that thought they were over it,” Trump said on Monday. “Like, we thought we might be over it in Florida, and then all of a sudden, it comes back. They do come back But I think we’re doing very well.”

While Trump points out that coronavirus cases are leveling off across the US, the number of coronavirus-related deaths has increased in recent weeks. The number of deaths have generally been lagging case numbers by a few weeks, according to Johns Hopkins University data.

Meanwhile, members of Congress are continuing to debate the next round of stimulus. After Senate Republicans released their proposals early last week, the White House and House Democrats have struggled to reach any sort of consensus along with the Republican caucus.

While there is broad agreement on another round of $1,200 stimulus checks for Americans, issues such as food stamps, unemployment supplements, and liability protection for businesses remain key unsolved issues between the parties.