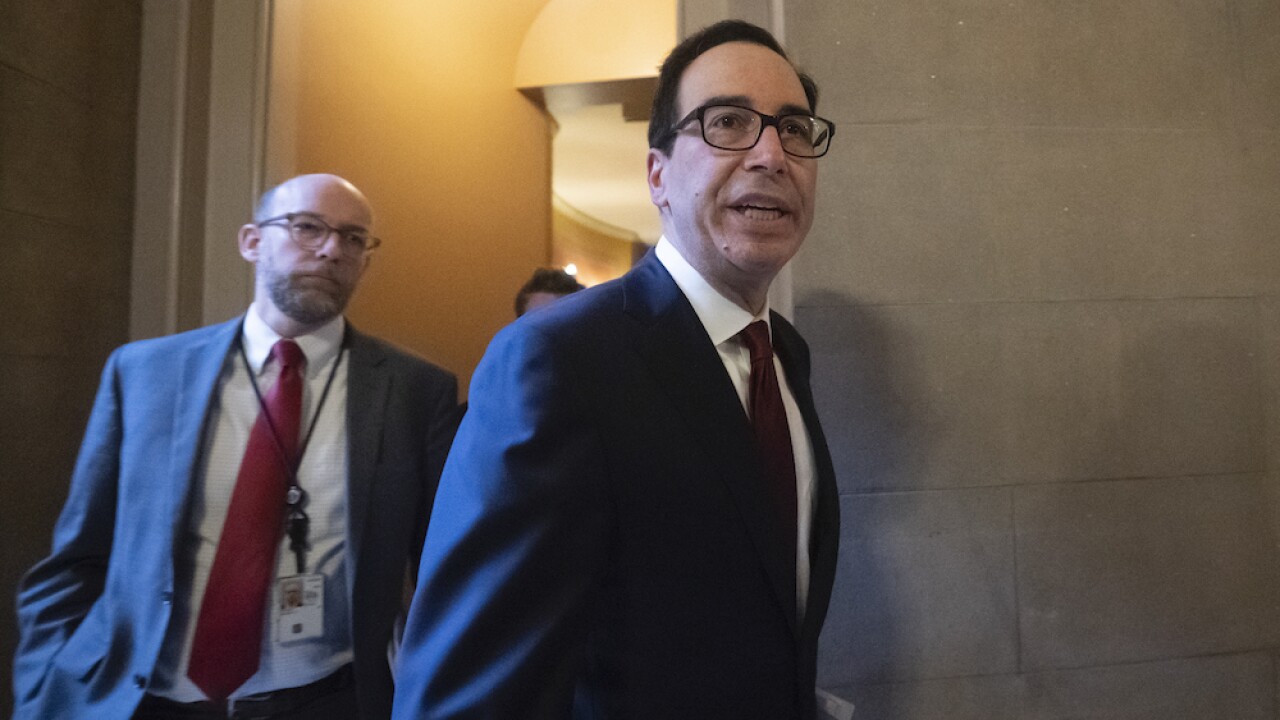 Copyright 2019 The Associated Press. All rights reserved.
J. Scott Applewhite/AP
Treasury Secretary Steven Mnuchin leaves a meeting with top congressional leaders, including Speaker of the House Nancy Pelosi, D-Calif., and Senate Majority Leader Mitch McConnell, R-Ky., on a potential deal to raise the budget caps, at the Capitol in Washington, Tuesday, May 21, 2019. Mnuchin said they will be coming back for more talks later in the afternoon. (AP Photo/J. Scott Applewhite)

Negotiations on a new coronvirus stimulus package are set to continue Monday between lawmakers and White House officials.

House Speaker Nancy Pelosi and Treasury Secretary Steven Mnuchin dug in on their opposing positions Sunday. Each doubled down on what has been the main sticking point: The extension of federal enhanced unemployment benefits that expired Friday.

Pelosi said the amount could go down as unemployment drops, but for now, benefits need to stay at $600 a week. Mnuchin argued that the White House had proposed a one-week $600 unemployment benefits extension as negotiations continued, but said Democrats rebuffed that offer.