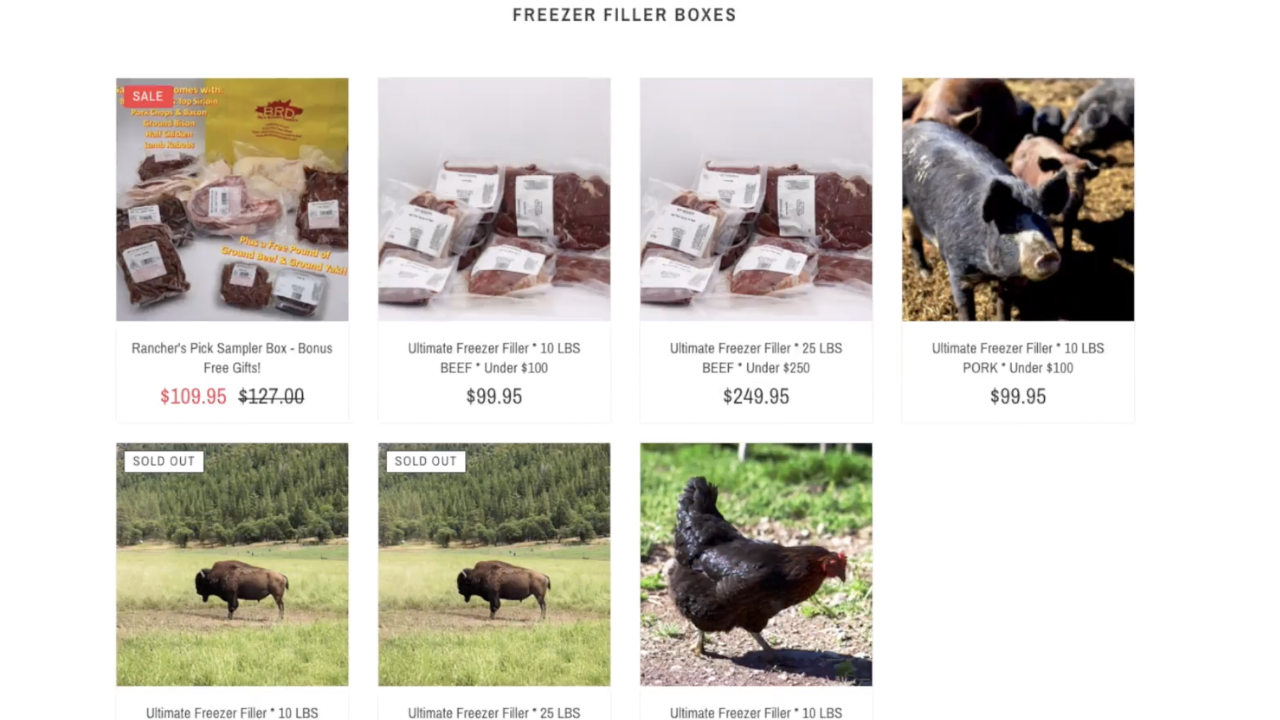 Nationwide meat shortages have people looking outside of the grocery store. Thousands are turning to online orders, finding new and creative ways to feed their families.

Deep in the heart of the Sierra Nevada Mountains, there's some 40,000 acres, where animals roam--all kinds of animals.

Jeff Miller is the owner and operator of Buy Ranch Direct, which sells fresh, sustainable meat through their website.

“We do bison beef, lamb, pork, chicken, rabbits, turkey, duck, and we got a herd of yak,” Miller said of his supply.

Miller wasn't always a rancher. He was a general contractor who went looking for new land. But then, he stumbled on the picturesque Northern California setting and decided to develop something that had nothing to do with the construction business.

“Instead of going on vacation, the kids got to learn how to work, cutting hay, putting hay in the barn, feeding animals, cutting firewood,” he said.

He decided to call it Diamond Mountain Ranch, as Miller says it was a true "diamond in the rough.”

That diamond became Buy Ranch Direct, which has been through quite a bit over the years. The drought of 2014, most notably, but not because he didn't have water.

“The people throughout the state who had animals but couldn't afford to feed them, because they had no grass… I was picking up their animals and taking them up the ranch like a sanctuary,” he recalled.

The Miler family built their way into farmers markets.

“We were getting ready to launch major campaigns on Google and Facebook with the E-commerce stuff, but when everything stopped with the virus and home delivery came in.”

By word of mouth, this small business exploded. They're now shipping 500 lbs of meat a day. Before the pandemic, they shipped about 50 pounds a day. There's been nearly 12,000 visits to their website this month alone.

The family says they've got social media to thank for the expansion. Their Sierra Nevada animals are on tables from Maine to Florida and everywhere in between. And they’re passionate about clean, grass fed meat.

No shots, steroids or drugs. They even researched the kind of grass that's native to the area.

They say their supply is just fine, so if there's a shortage elsewhere, they invite people to get creative with their taste buds and try things like rabbit and yak.

Nutrient dense, nutrient fed and shipped direct to your doorstep.