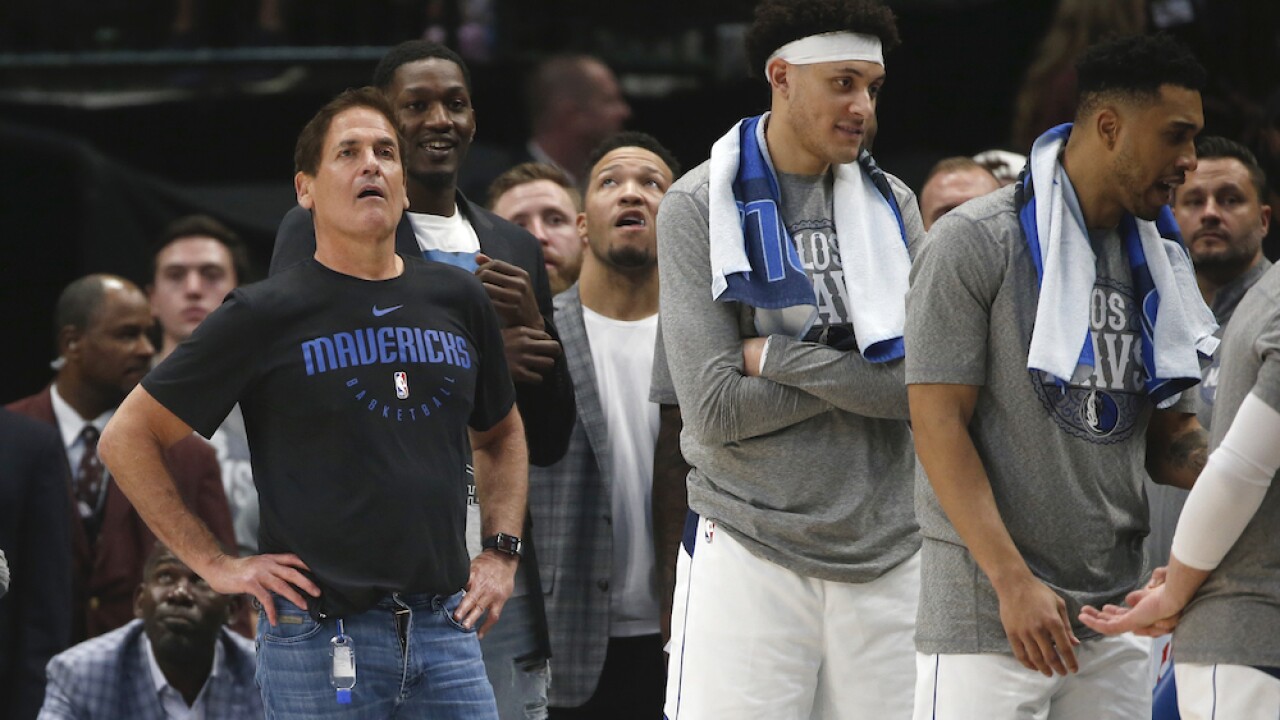 Dallas Mavericks owner Mark Cuban looks on as the mavericks play the Denver Nuggets during the second half of an NBA basketball game, Wednesday, March 11, 2020, in Dallas. The Mavericks won 113-97. (AP Photo/Ron Jenkins)

Dallas Mavericks owner Mark Cuban says he's investigating ways he can financially support team and employees and arena workers who won't be able to work due to the NBA's suspended season amid the COVID-19 pandemic.

Cuban did not provide specifics about his plan, but he said during a press conference on Wednesday that he has "already started the process of having a program in place" to pay workers whose income depends on NBA games.

Cuban added that the Mavericks' program might require employees to do "volunteer work."

“I reached out ... to find out what it would cost to financially support people who aren’t going to be able to come to work.”

–Mark Cuban on his plan for Mavericks employees during the NBA suspension pic.twitter.com/McOl1vHUqO

Amid the Mavericks 113-97 win over the Denver Nuggets on Wednesday, league officials learned that Rudy Gobert of the Utah Jazz had tested positive for COVID-19. The Jazz's game against the Oklahoma City Thunder was subsequently postponed, and shortly after the NBA was suspending play until further notice.

During the Mavericks' game on Wednesday, sideline cameras captured Cuban's stunned reaction to the news that the NBA would not play games until further notice.