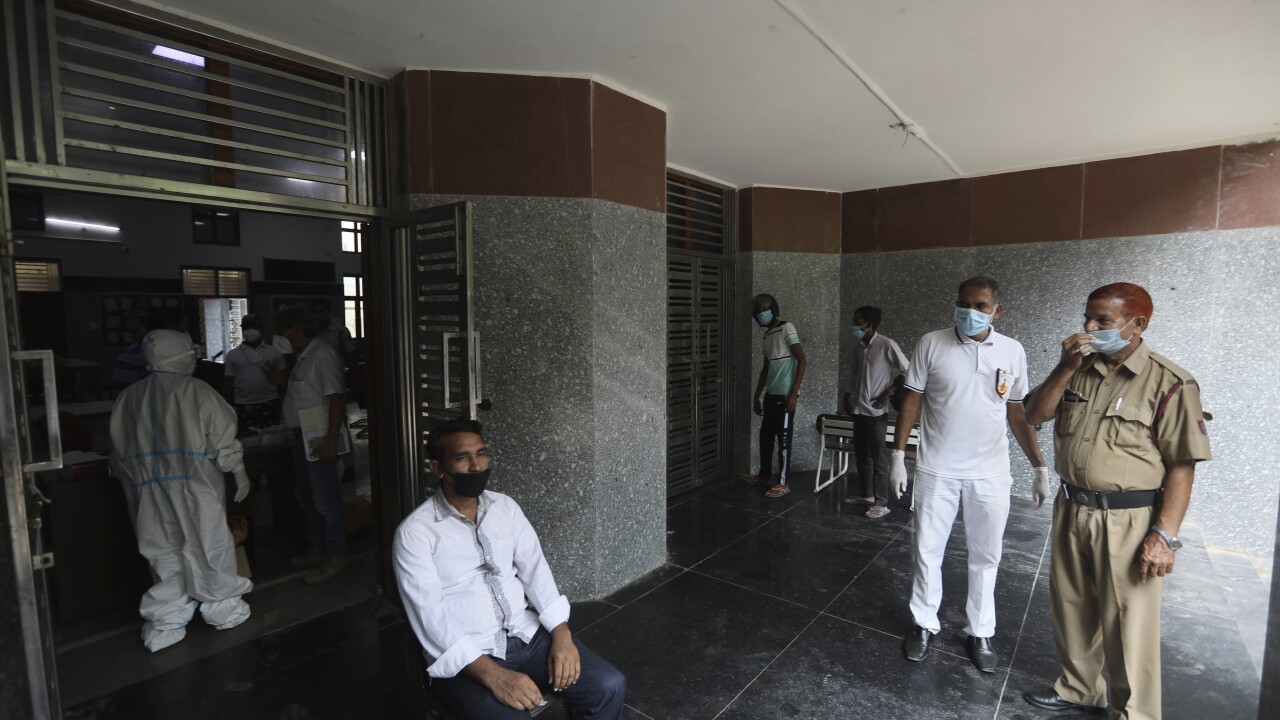 Copyright 2020 The Associated Press. All rights reserved.
Manish Swarup/AP
A person waits for his Covid-19 test in New Delhi, India, Monday, Sept. 7, 2020. India's coronavirus cases are now the second-highest in the world and only behind the United States, as the caseload crosses Brazil on a day when urban metro trains partially resume service in the capital New Delhi and other states. (AP Photo/Manish Swarup)

NEW DELHI (AP) — India’s increasing coronavirus caseload has made the Asian giant the world's second-worst-hit country behind the United States.

The 90,802 cases added in the past 24 hours pushed India’s total past Brazil with more than 4.2 million cases. India is now behind only the United States, where more than 6.2 million people have been infected, according to Johns Hopkins University.

India’s Health Ministry on Monday also reported 1,016 new deaths for a total of 71,642, the third-highest national toll. The US has recorded more than 188,000 deaths from the coronavirus, Brazil has more than 126,000.

Authorities say they have little choice but to reopen the economy despite the rising cases. India’s economy has shrunk faster than any other major nation’s.