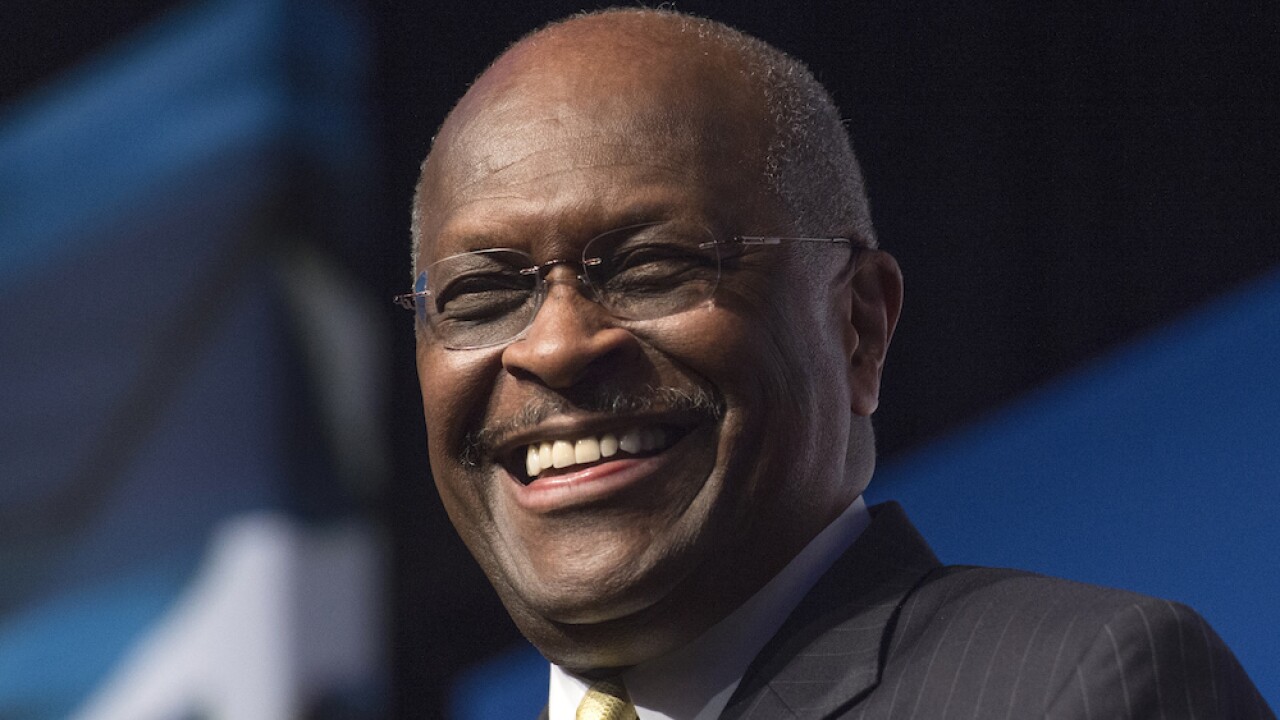 The Twitter account that once belonged to former Republican presidential candidate Herman Cain tweeted Sunday evening that new CDC info indicated that COVID-19 "isn't as deadly" as once thought — despite the fact that Cain himself died of the virus just weeks ago.

Cain died of COVID-19 on July 30 — four weeks after his office announced that he had been hospitalized in connection with the disease.

On Aug. 11, Cain's daughter said in an update on his website that his family and campaign staff would continue to post content on the web and operate under the moniker "The Cain Gang."

"He would have wanted us to do this. And that's exactly what we're going to do," Cain's daughter, Dr. Melanie Cain Gallo, wrote on HermanCain.com.

In the weeks since the announcement, Cain's Twitter account has actively been sharing news links from largely conservative-leaning news outlets. On Sunday evening, the account tweeted a link to a story about a recent CDC announcement stating that COVID-19 was only listed as the sole cause of death for 6% of those killed by the virus.

"It looks like the virus is not as deadly as the mainstream media first made it out to be," the "Cain Gang" wrote on Twitter.

Cain died in July after being hospitalized for more than a month with COVID-19.

The account is now run by his family and social media managers.https://t.co/vllcffuAil pic.twitter.com/YQaJEYQFLF

Herman Cain tweeting about how not deadly COVID is after previously dying from COVID. pic.twitter.com/uzBSMl48et

The CDC has been consistent in warning that people with certain underlying health conditions like respiratory issues and diabetes are more at risk of dying of COVID-19. It maintains that social distancing is still vital in order to limit the spread of the virus to those who are most vulnerable.