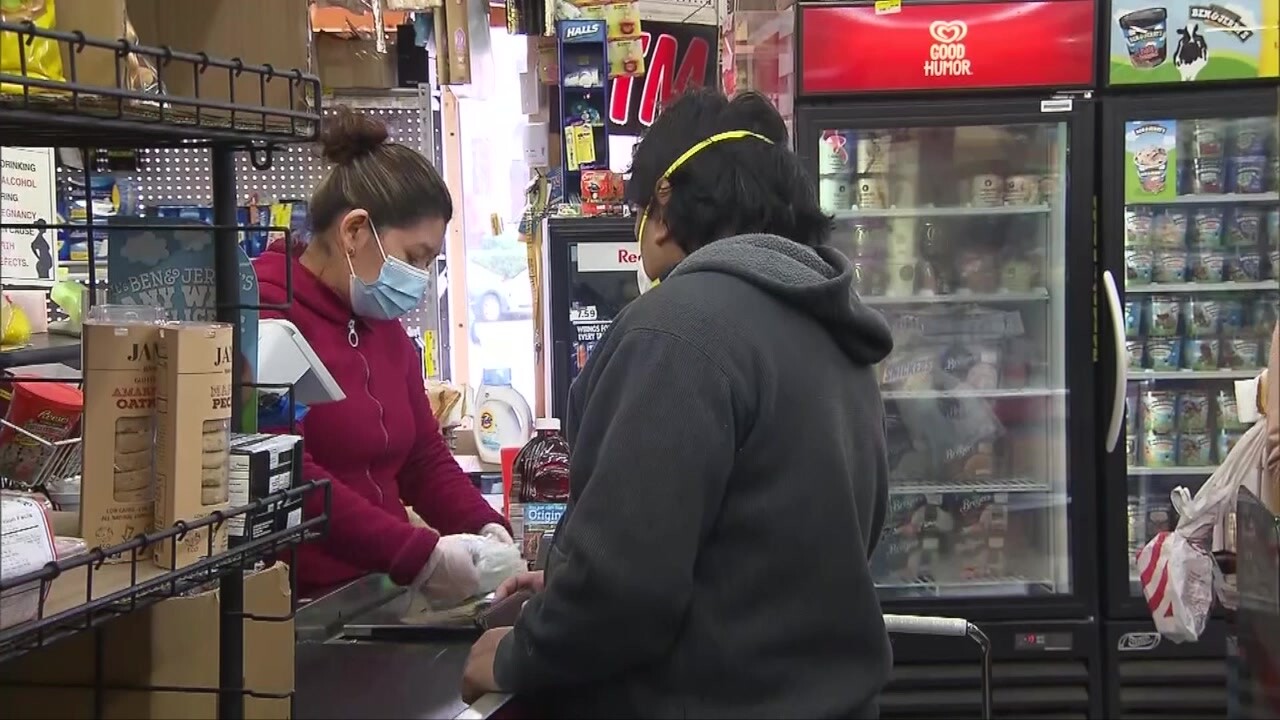 DENVER, Co. – The checkout line is now part of the front line of the coronavirus pandemic. Because of the great risk millions of workers in grocery stores and essential businesses were forced into by going to work each day, many of these workers received hazard pay or bonuses for several weeks.

Now, many of the big retailers are stopping the pay hikes as states reopen, leaving workers asking: Why did the hazard pay end when the hazard is far from over?

“These workers didn’t sign up to die,” said Kim Cordova, the President of the UFCW Local 7 union in Denver.

Lisa Harris has been a cashier at a Kroger in Virginia for 13 years. She said working through this pandemic has been stressful.

With the increased risk to employees, many grocery stores and retail giants like Kroger, Amazon, and Target offered a $2 per hour wage increase, calling it “Hero Pay.”

“My wife lost her job because of the COVID, and that pay was really helping out, it meant a lot to me,” said Smith.

Weeks after the hazard pay began, Kroger and Amazon ended their hourly increases. Kroger offered two lump sum bonuses through the end of May for full-time and part-time employees. After that, Kroger said it could readjust and offer additional increases, but it has nothing planned.

“That emotional stress that comes from getting paid less really affects everything in your life,” said Smith.

“To have that two dollars taken away it feels like, ‘Oh you were heroes yesterday, but you’re not today',” she said.

Harris and Smith say this decrease hurts more because they haven’t been able to answer one question: Why is the pay increase gone so soon?

“Why does the company not think we’re heroes anymore?” asked Smith. “The hazard is still out there. It’s still an issue,” he said.

It's an issue made worse because these employees say their families are also at risk.

“I’ve been sleeping in a separate room from my wife because she was born with a congenital heart disease,” said Smith. “I don’t think I could ever get over it if something happened to her, if I brought it home to her.”

With more stores reopening and millions unemployed, there is less pressure to keep pay high.

“This horrific unemployment we’re seeing has flooded the labor force with so many unemployed people seeking jobs there may not be as much of a financial need to raise pay to get workers to show up,” said Kinder. “This wasn’t just a thank you to workers, it wasn’t just recognition, it was a calculation from a lot of companies that they need to hire.”

Not all the incentive is gone. Target extended its hourly raise until July 4. Kroger and Walmart gave employees additional lump sum bonuses through the end of May, and Kroger said it could give more bonuses in the future. As of now, none are planned.

UFCW Local 7 President Kim Cordova said this is not enough.

“As long as there’s not a vaccine, everyday these workers clock in, they’re at risk.”

These employees agree—until there is less risk at work, they’ll fight for their reward.

“We are heroes today, we will be heroes tomorrow,” said Harris. “We deserve the bonus we’d been given at the beginning of the pandemic. It is not over.”

Harris is petitioning with other workers to get hazard pay reinstated. The unions are pressuring the large grocery chains and other big retailers. So far, no compromises have been made.