Group calling for rent to be canceled amid pandemic 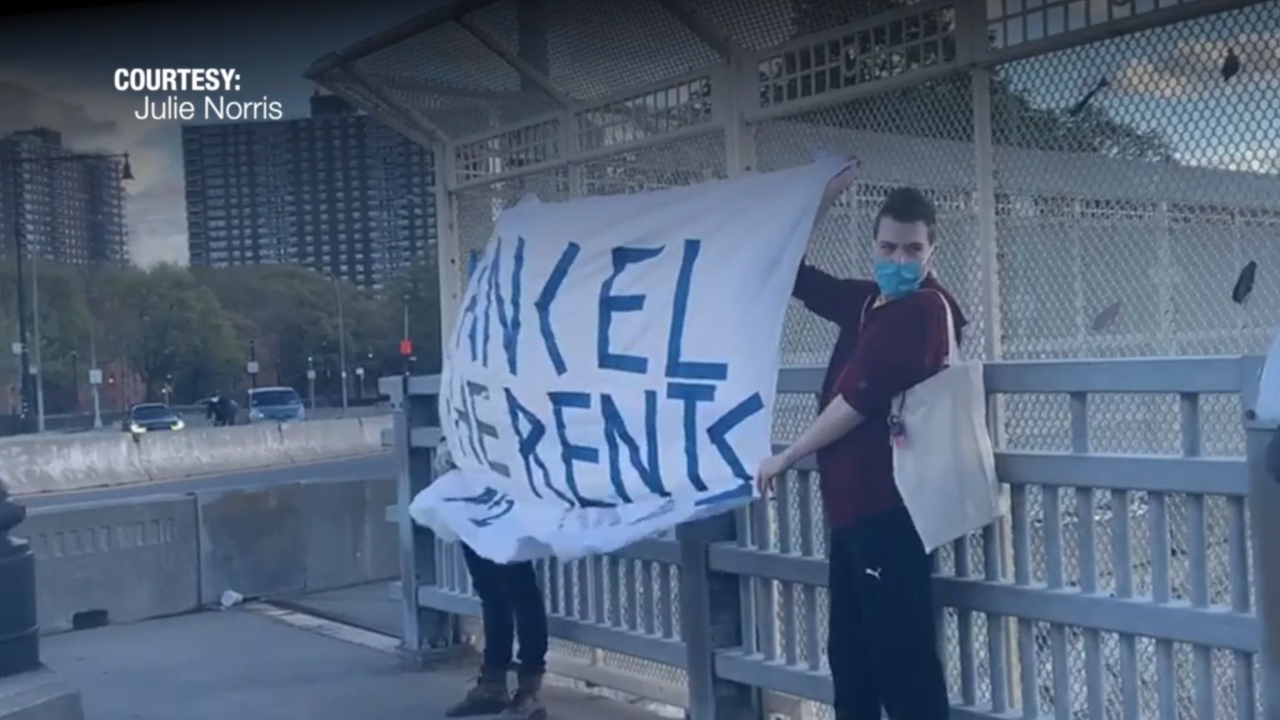 Julie Norris didn’t pay her rent in April or May and doesn’t plan on paying it again in June or July.

“We have so many people living paycheck to paycheck,” said Norris, an unemployed restaurant worker from midtown Manhattan. “Workers are all suffering right now.”

Norris is part of the growing group called Cancel The Rents – a nationwide movement demanding immediate changes for housing payments during the COVID-19 pandemic.

“We demand cancellation of rent, demand housing the homeless and to demand we fund people’s needs not wall street bailouts,” she said.

With the US Department of Labor reporting tens of millions of Americans now unemployed, Norris and her group want the government to cover the cost of their rent payments.

“What COVID does is it hits below the belt,” said Alex Fayman, Ph.D., a finance professor at Metropolitan State University of Denver.

Fayman says across the country, only 65% of people paid their rent on time in April.

“Financially for the landlords, it’s a troubled time,” he said. “Obviously they need those payments to make their own loan payments on their properties.”

Fayman says there are emergency relief options during the coronavirus crisis like the CARES Act, which can suspend evictions and also provide delays in payments for some properties.

“It’s been tough. It’s been up and down for sure,” said Brandon Scholten, owner of Keyrenter Property Management - Denver.

“Like one that we worked out yesterday,” he said. “A tenant asked if they could pay reduced rent – so about a third of what they usually pay – and then deferring that to a later term.”

As for Norris, she calls the CARES Act, “grossly insufficient.”

“It’s absolutely shameful how little has been done by elected officials to provide for people’s needs,” she said.

Norris says she’ll continue to fight for those living paycheck to paycheck – with a goal of getting the government to pick up the tabs.

“You know the banks that have been bailed out on the people’s dollar before,” she said. “It’s time for them to pay back.”