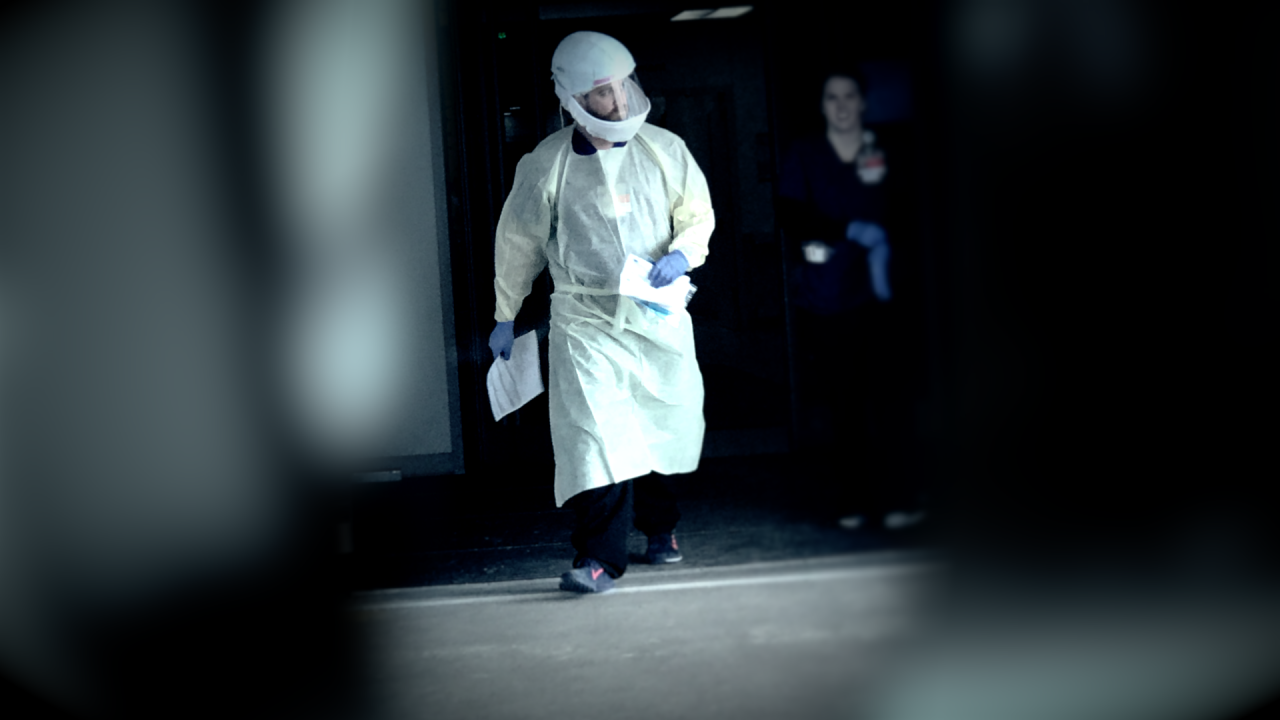 Copyright 2020 Scripps Media, Inc. All rights reserved. This material may not be published, broadcast, rewritten, or redistributed.
Courtesy photo
A Denver-area woman tested for COVID-19 last Friday took pictures of the suited-up and masked hospital staff that came out to administer the test. 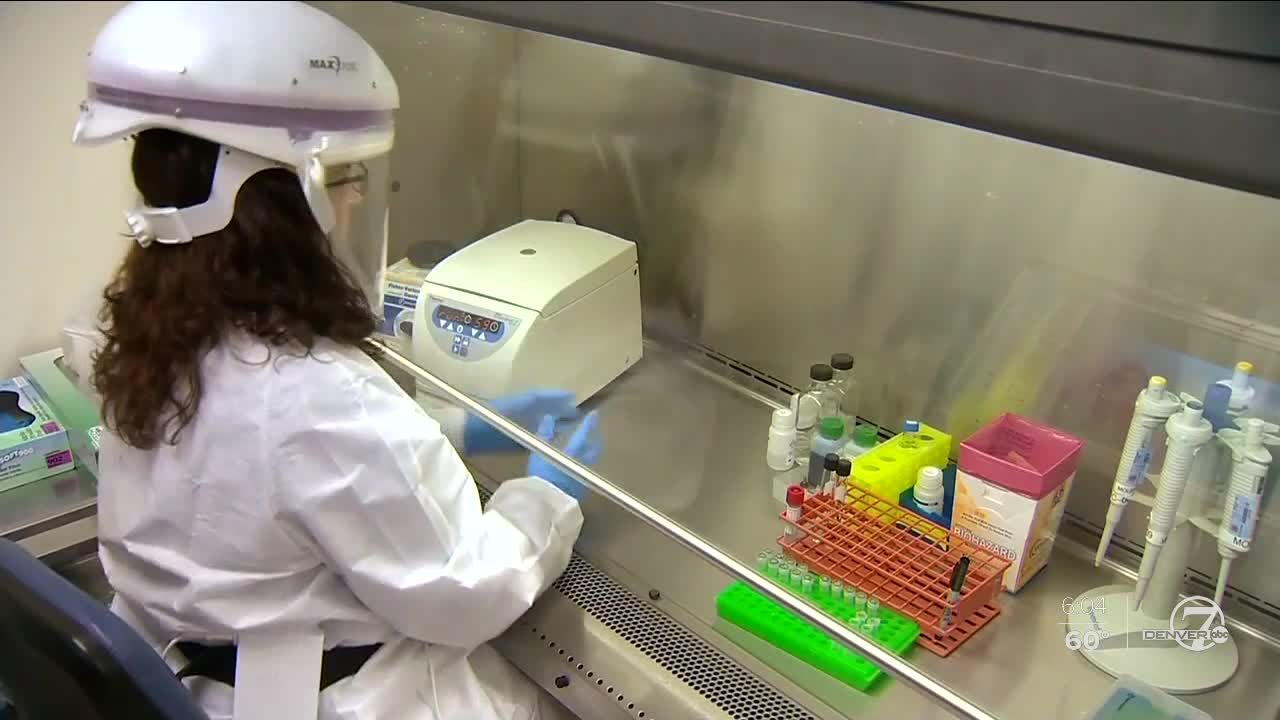 DENVER – Despite efforts by the state of Colorado to ramp up the number of tests being offered to potential COVID-19 victims, getting an actual result can take days for some people.

One 49-year-old woman living in the Denver metro area says she has been in isolation for days and still doesn't know if she has tested presumptive positive.

Her doctor confirmed with Denver7 her office has not been able to get answers from the state, and neither can she. The reason? The backlog has already begun.

Coronavirus in Colorado: COVID-19 cases, locations and live updates across the state
COVID-19 in Colorado: What to do if you suspect you have symptoms
Colorado governor declares state of emergency to increase COVID-19 testing, implement paid sick leave

The woman asked us to conceal her identity because she says she is scared what might happen to her and her family if her name is released publicly.

Tuesday marked the fourth day of that self-imposed quarantine.

"It felt otherworldly,” she told Denver7. “It was like [the film] ‘Contagion.’"

The woman, who recently traveled to Seattle, said a fever and severe chest congestion convinced her to see her doctor last Friday.

She tested negative for the flu, which led her doctor to order the COVID-19 test.

"They called ahead and got the hospital prepped and told me to basically drive into the ambulance bay to get tested, but not to get out of the car," the woman said.

She took pictures of the suited-up and masked hospital staff that came out to administer the test.

“I had someone in a full mask and everything who came out to the car and did the test while I sat in my car," she said.

“My doctor can't get results and I haven't had results and it's been four days,” the woman said.

She shared a note from her doctor sent to her Tuesday confirming she had undergone the test. The letter said that “per the CDPHE it can take up to 7 days to receive results and as of today her result is still pending, per County Health Department guideline the patient must remain in self quarantine until the results are available and she has been cleared.”

“I'm really, really anxious to get my results," the woman said.

Gov. Jared Polis said in recent days it takes 24 hours for results from the state lab to be turned around.

“The tests we do in our state lab have a 24-hour turnaround,” Polis explained at a Tuesday morning news conference.

But the 49-year old patient waiting out her diagnosis at home is convinced the state is a bit over-optimistic.

“I think it's frightening to think that maybe we're not as prepared as we think we are."

Ian Dickson, a spokesperson for CDPHE, said Tuesday afternoon that the 24-hour period starts when the sample arrives at the state lab and that courier pickup and travel time can have an impact on when the test is processed – the next morning if a sample arrives at night – and “that can add significant time to get results.”

Dickson said samples that are incomplete or have documentation that is incorrectly filled out can add further delays while that information is corrected and that negative results are only reported back to the provider who asked for the test, and it’s up to that provider to inform the patient.

“Sometimes samples are submitted without all the necessary information. In these cases CDPHE must track down information from the provider, causing delays in testing. Finally, there are times when testing results are indeterminate and the sample must be processed again,” Dickson said. “At the state lab the staff are doing their best to rapidly bring on this new test and are working with our epidemiologists to appropriately prioritize the most urgent tests, which can result in less critical samples seeing delays in testing.”