Trump wants to 'go big' with COVID-19 stimulus, but McConnell doubts it will happen before election 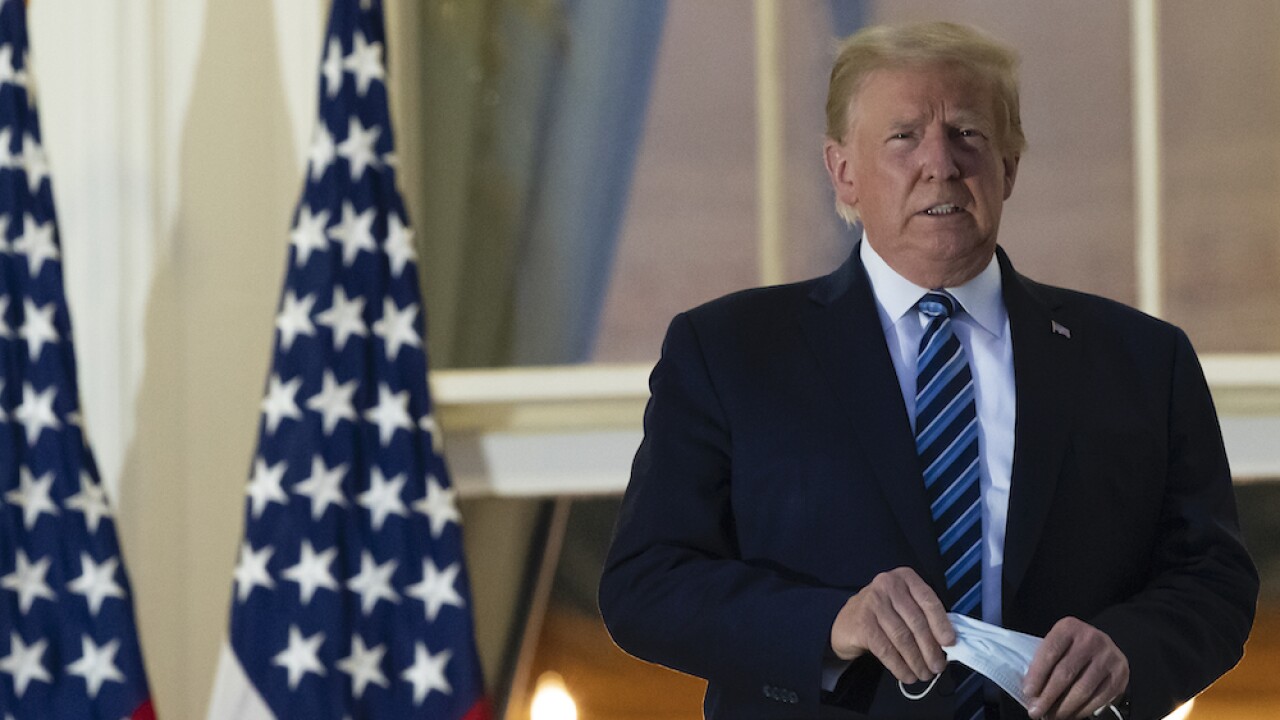 In addition, The Washington Post reports that White House economic adviser Larry Kudlow has "approved a revised package" to present to House Democrats. Kudlow told reporters that "developments are positive" for more stimulus.

However, moments after Trump's tweet, The Associated Press reported that Senate Majority Leader Mitch McConnell thought it was "unlikely" a new stimulus bill would be passed before the election. According to the AP, McConnell said negotiation participants were "elbowing for political advantage.

Friday's announcement is a direct about-face from earlier in the week. On Tuesday, Trump tweeted that he had instructed Senate Republicans to cut off negotiations for further COVID-19 stimulus and instead focus full-time on confirming his Supreme Court nominee.

At the time, Trump blamed House Speaker Nancy Pelosi for seeking too much relief, saying that Democrats' offer including funds that were "in no way related to COVID-19" and would be used to " bailout poorly run, high crime, Democrat States."

The stock market plummeted on Trump's announcement, as investors feared that further delaying stimulus could set back the U.S. economy's recovery effort.

Earlier that day, Federal Reserve Chairman Jerome Powell advocated for more stimulus funds and warned the U.S. economy would be in trouble without more stimulus, saying that "weakness feeds on weakness."

A day later, Trump tweeted he would be willing to sign a stand-alone bill that would provide another round of $1,200 stimulus checks to most Americans.

This story is breaking and will be updated.