COVID-19 death toll jumps to 108 in the United States 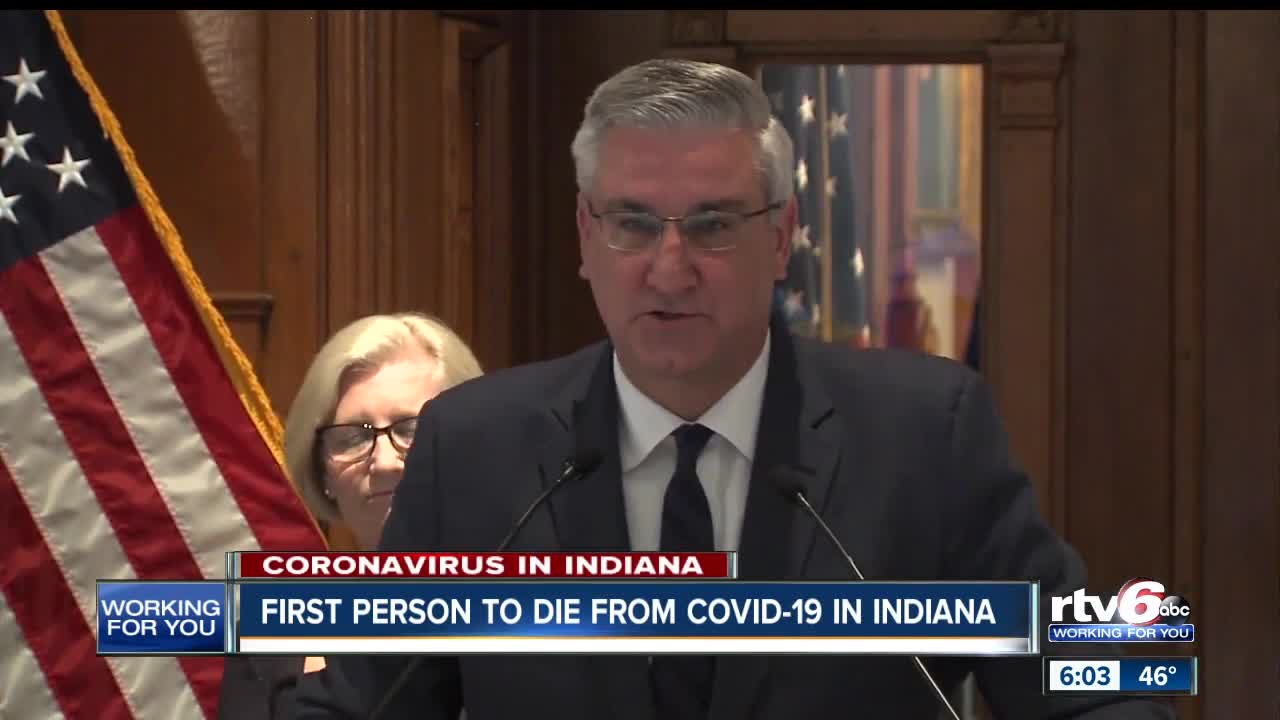 First person to die from COVID-19 in Indiana

Indiana, South Carolina and Texas joined the growing lists of states that have confirmed deaths linked to COVID-19 Monday as the U.S. death toll shot to 85.

On Monday, Indiana Gov. Eric Holcomb confirmed that a "high-risk" patient in his 60s died at a hospital on Monday.

The same day, the South Carolina Department of Health and Environmental Control reported that an"elderly person" who was a patient at a nursing facility died of the disease.

Also on Monday, the Matagorda County Hospital District near Houston, Texas reported that a man in his late 90s had died at a local hospital in connection with COVID-19 on Sunday.

Indiana and South Carolina joined Kentucky and Nevada in announcing the first deaths connected to the disease in their states on Monday.

According to a database kept by Johns Hopkins, 85 people in 16 states have died in connection with COVID-19. The vast majority of those who died were elderly, had underlying health issues or both. As of Monday morning, that database did not yet include the death in Texas.

The vast majority of deaths connected with the coronavirus have occurred in Washington state, where the disease infected a large number of people in a Seattle-area nursing home. Forty-eight people have died in connection with the disease in Washington.

As of Tuesday morning, at least 4,661 people were confirmed to have contracted the coronavirus throughout the U.S. At least 1,600 new cases were reported throughout the country on Monday.

Because the U.S. currently lacks the testing capabilities of other countries, officials believe it is impossible to know how many people are currently infected with COVID-19.