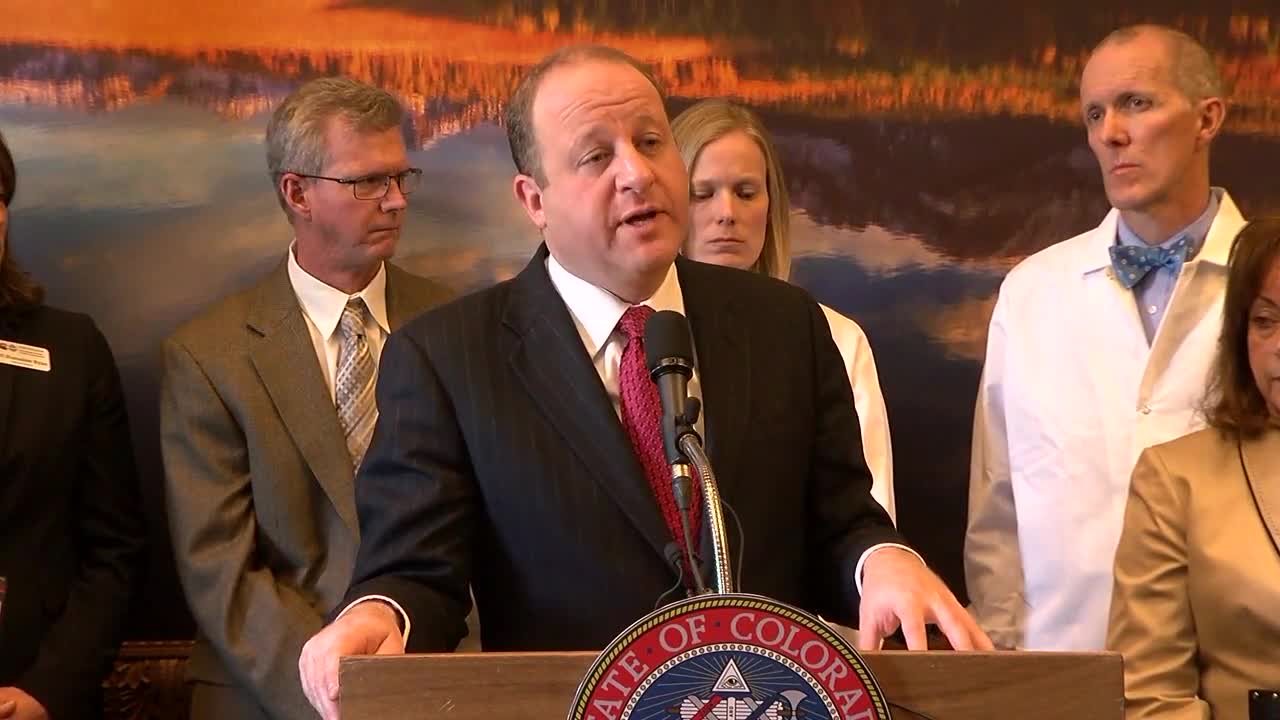 Gov. Jared Polis has declared a state of emergency in Colorado as more COVID-19 cases come back presumptively positive. 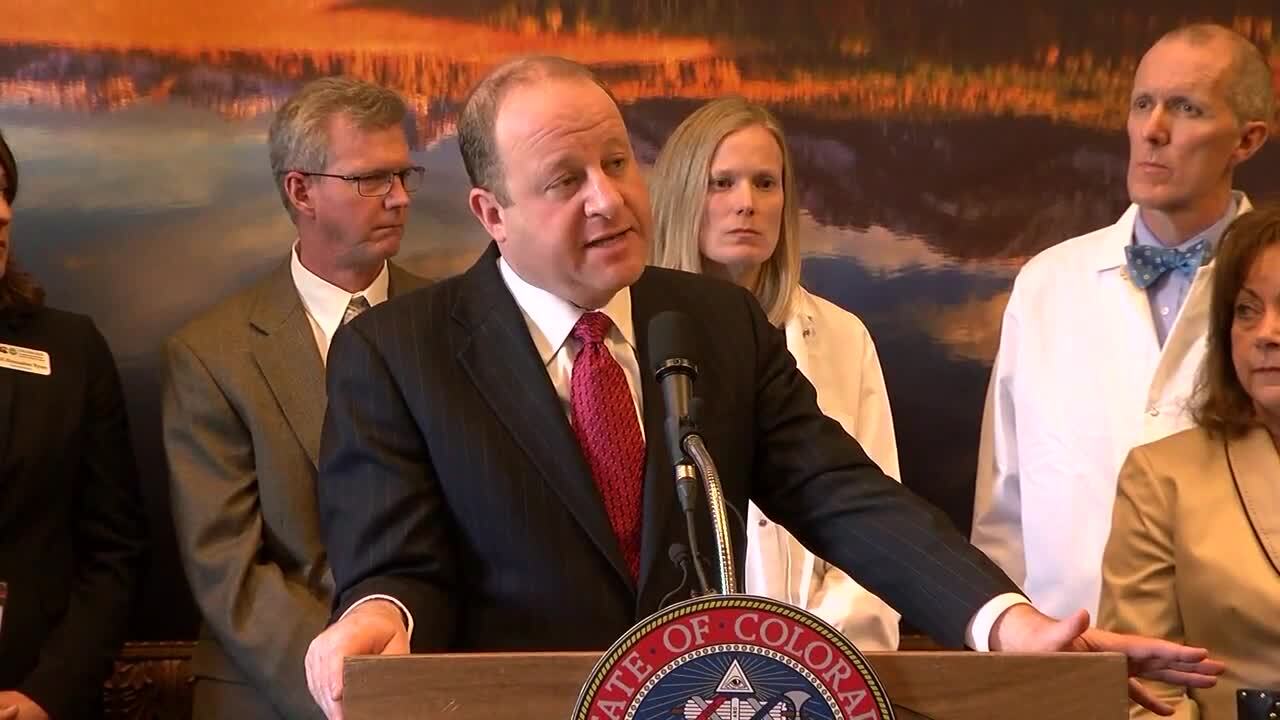 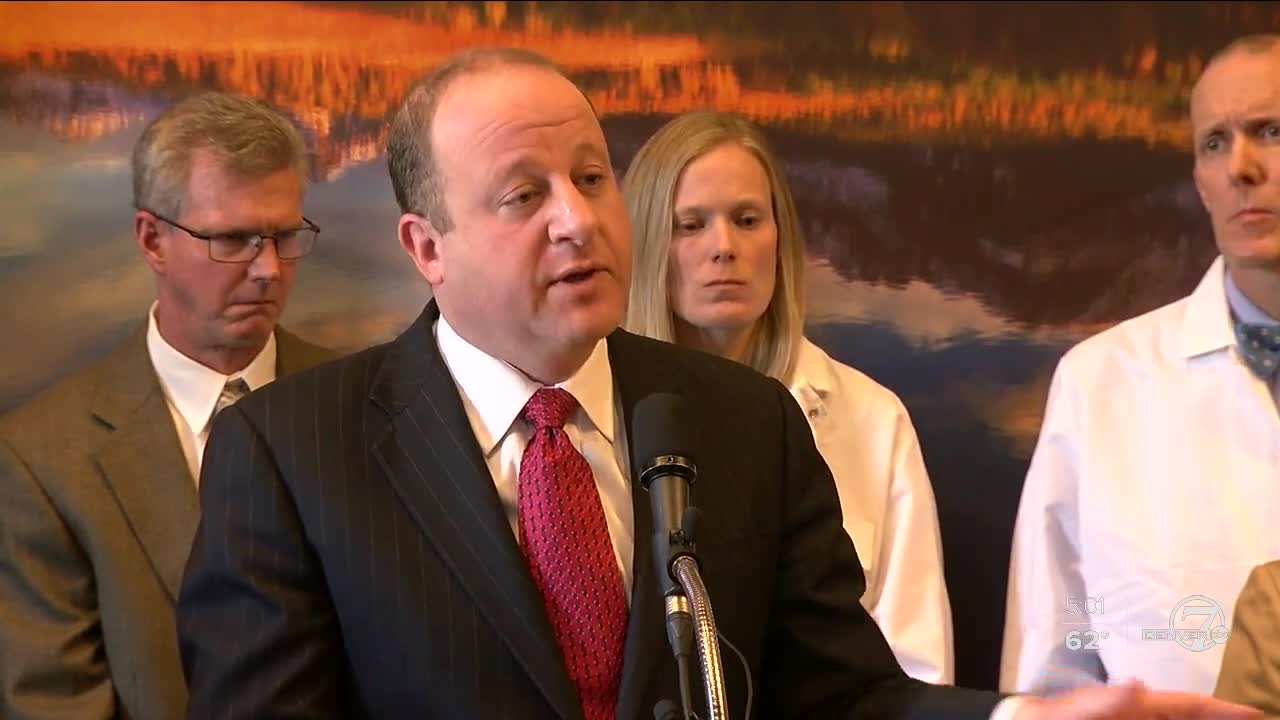 DENVER – Colorado Gov. Jared Polis declared a state of emergency Tuesday in response to the novel coronavirus (COVID-19), saying it was important to increase the number of people who are being tested to mitigate the outbreak in the state and protect people who are most susceptible to fall severely ill from the virus.

Polis has also directed the state Department of Labor and Employment to start rulemaking so that people who work in the food, childcare, health care, education and hospitality industries can receive paid sick leave to miss work if they are experiencing flu-like symptoms so they can both be tested for COVID-19 and be paid to take the days as they wait for the test results.

Coronavirus in Colorado: COVID-19 cases, locations and live updates across the state
COVID-19 in Colorado: What to do if you suspect you have symptoms

The governor said that additional rulemaking would be developed in coming days for wage replacement or other forms of relief for those workers should they test positive for COVID-19 and need to quarantine or isolate themselves so that people can support themselves and their families and pay rent.

On Monday, Polis asked the state Division of Insurance to issue formal guidance to health insurance carriers in the state to promote telehealth services and to waive co-pays, deductibles, coinsurance and cost-sharing for people to be tested for COVID-19.

The state lab in Lowry will open a drive-up facility on Wednesday, Polis said, where people can go to be tested if they have a note from their doctor. And the governor said the state was preparing more safe-testing locations, including the prioritization of putting up a testing facility in the High Country to prevent the spread of the virus in mountain communities that have already seen multiple cases.

And he said that Coloradans should expect more presumptive positive cases in coming days and weeks, but that was why it was important for people to take the virus and their personal responses seriously.

“We’re going to get through this together, but the actions we take in the next few days and weeks will determine the trajectory of coronavirus in Colorado,” Polis said.

He said he and the Colorado Department of Public Health and Environment, Colorado Office of Emergency Management and Colorado Department of Public Safety had been consulting experts on best practices for a statewide response and had been looking at successful responses – Polis pointed to Taiwan – and unsuccessful responses, such as in Italy, for guidance on what to do in Colorado.

Polis said he spoke with Vice President Mike Pence and CDC Director Robert Redfield on Monday night and stressed the need for what he called “exponentially more” testing here. The state lab currently has 900 test kits, but Polis said Pence and Redfield had committed to send Colorado an additional 1,500 test kits this week.

Additionally, Polis said, Redfield and the CEO of LabCorp said that LabCorp-affiliated hospitals and doctor’s offices – of which Polis said many in Colorado are affiliated – can also perform testing for COVID-19, though the results take 3-4 days to be turned around instead of the 24 hours they take at the state lab. Polis said that both UCHealth and Children’s Hospital were also developing testing methods.

Polis said he would continue to pressure the federal government to “rapidly expand the testing capacity” and that expansion would likely lead to a rise in positive cases.

“Testing more people is a very good thing. It’s crucial to slowing the spread of the virus and ensuring those who have tested positive and need to isolate have support,” Polis said. “The more people we test and the sooner we do it, the better chance we have at successful containment.”

He said it was crucial for older people aged 60+ and people with compromised immune systems who are more at-risk for respiratory infections to avoid large public gatherings and implored everyone to follow the CDC’s guidance in how to prevent themselves and others from getting or spreading the virus – washing hands with soap and water or alcohol-based sanitizer, covering noses and mouths when coughing and sneezing, and staying home if people are feeling ill.

Shortly after Polis made his declaration, and a day after Denver Mayor Michael Hancock said there were no plans to cancel it, the city of Denver canceled its St. Patrick's Day Parade, which was scheduled for Saturday.

Polis said that he would be asking the Department of Revenue to allow Coloradans aged 65+ to renew their driver’s licenses online to prevent the more at-risk demographic from having to be in public spaces for long periods of time. People that age and over currently have to renew their licenses in-person.

The emergency declaration is a 30-day order that will be renewed “as needed, as long as this public health emergency lasts,” Polis said.

He said there would be more updates this week from state officials as they issue guidance to schools and nursing homes on how to respond to and deal with the virus.

“We’re acting quickly and decisively because the quicker we can respond, the quicker we can protect the most vulnerable,” Polis said, adding that the severe cases and fatal cases seen in other areas of the country and world have more-often involved older people.

Polis said that the declaration shouldn’t lead people to believe that Colorado is not open for business, recreation or tourism, and said he believed it was the opposite – that the declaration would provide reassurances that the state is taking “every step to protect the spread of the virus and the most-vulnerable.”

Polis urged anyone experiencing symptoms, which include a cough and fever, not to attend public gatherings and to try to keep at least 6 feet away from people. They should practice basic hygiene and call their medical provider or nursing line for advice on how to get to a doctor’s office, and then, possibly tested for the virus.

He said the state lab is still prioritizing tests that meet the current criteria but that the LabCorp testing could be done on anyone whom medical professionals feel should be tested. He also reiterated what he said Monday – that telehealth would be beneficial for many people if they can’t make it to a doctor’s office easily.

“I can assure our legislative body that much like the governor, we will have an effective plan in place if and when implementation is necessary. I urge legislative staff to work with their supervisors on a plan to stay home if they are feeling sick," Senate President Leroy Garcia, D-Pueblo, said in a statement. "We are currently reviewing all emergency preparedness protocols, and the legislative emergency preparedness committee will meet tomorrow morning to ensure that these plans are effectively protecting Coloradans.”

Colorado has not had a confirmed case of community spread of COVID-19 as of Tuesday morning, Polis said, but he added that there were “several candidate cases” where it’s possible and that the state was “expecting its first case in coming days.”

But he said that he and state officials felt the declaration would be the best chance at mitigating the spread and severity of the virus in Colorado to avoid closing down businesses and travel, like has happened in Italy and parts of China.

“At the end of the day, the success of our response depends on individual responsibility,” Polis said. “It depends on the public taking the threat as seriously as public health officials.”