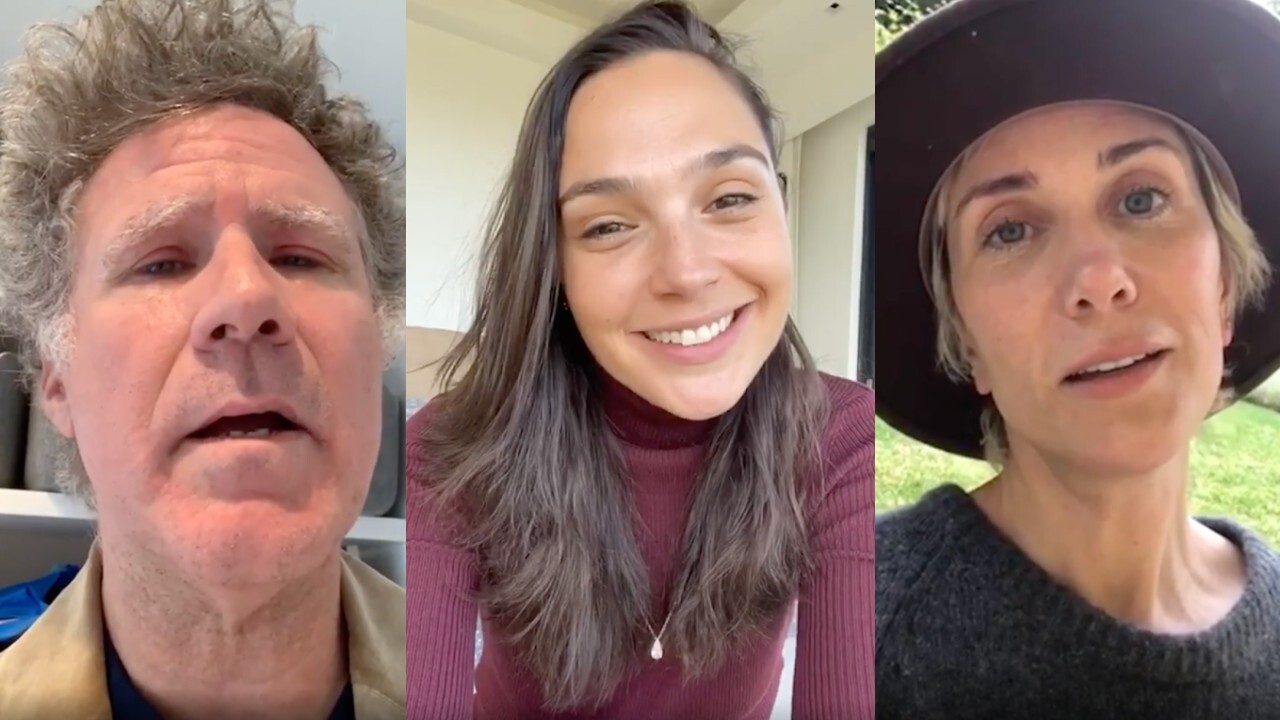 LOS ANGELES, Calif. – In a time when we could all use some cheering up, a group of celebrities came together – remotely – to sing the John Lennon hit “Imagine.”

In an Instagram video posted Thursday, actress Gal Gadot said she’s been practicing social distancing and it’s given her time to reflect.

“Day six in self-quarantine and I gotta say that these past few days got me feeling a bit philosophical,” said Gadot. “You know this virus has affected the entire world, everyone, doesn’t matter who you are, where you’re from, we’re all in this together."

Gadot went on to say that she came across a video of an Italian man playing “Imagine” on his trumpet on a balcony, and she says it inspired her to enlist her famous friends to sing the song together.

The video then cuts to a long list of celebs, from Will Ferrell to Sia, singing verses from the iconic song.

Although the video was clearly made out of goodwill, it was met with some criticism online. Some say the clip of wealthy people in their large houses misses the point of the song, which is in part about the possibility that humanity could live unattached to material possessions.

Film writer Casey Cipriani was among the critics.

“Hey celebs, we don’t want to be sung to,” tweeted film writer Casey Cipriani. “We want you to use a million or two of your money and order ventilators, masks, and gloves from the manufacturers then donate them to a hospital. Or pay for the salaries of an entire staff at a bar, restaurant, or daycare.” She included the hashtag “imagine.”