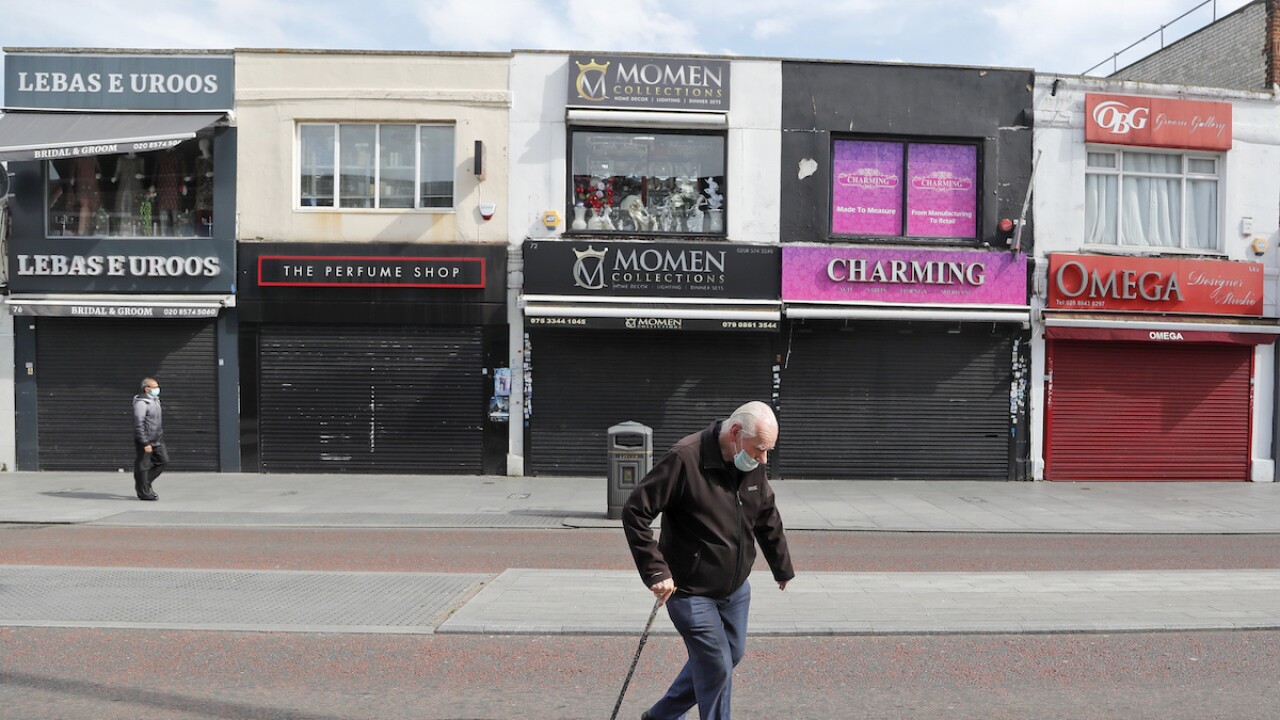 Copyright 2020 The Associated Press. All rights reserved
Frank Augstein/AP
Pedestrians walk along side closed shops during the coronavirus lockdown in London, Tuesday, May 5, 2020. Whilst a few European countries relax the COVID-19 lockdown, Britain still remains under lockdown without an exit strategy yet.(AP Photo/Frank Augstein)

LONDON (AP) — Britain has become the first country in Europe to confirm more than 30,000 coronavirus deaths, and infections are rising sharply again in Russia.

That took place Tuesday even as other nations reported strides in taming the virus.

South Korean baseball teams played in empty stadiums but games were broadcast to starved fans around the world.

The death toll from the pandemic in Britain surpassed Italy's to become Europe's highest.

The number of infections in Russia continued to rise sharply, with Moscow reporting more than 10,000 new cases for three days in a row.