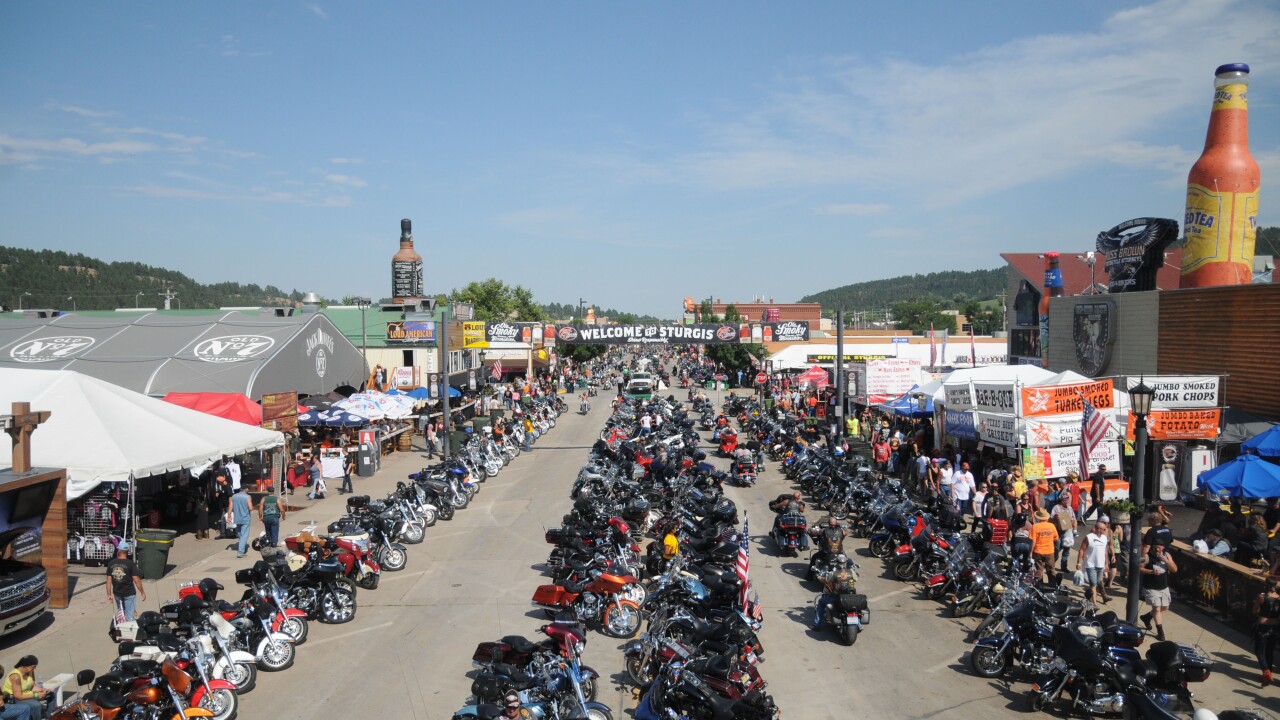 SIOUX FALLS, S.D. (AP) — South Dakota, which has seen an uptick in coronavirus infections in recent weeks, is bracing to host hundreds of thousands of bikers for the 80th edition of the Sturgis Motorcycle Rally.

More than 250,000 people are expected to attend the Aug. 7 to Aug. 16 rally in western South Dakota, which could make it the biggest event anywhere since the coronavirus pandemic started.

The event will offer businesses that depend on the rally a chance to make up losses after the downturn in tourism spending.

But many of Sturgis' roughly 7,000 residents are leery about the brimming bars and bacchanalia coming their way and say it shouldn't go on during a pandemic.

The age of the average rally participant is also concerning to some, with most motorcyclists part of an older demographic and more at risk of severe illness from the coronavirus.

ABC obtained a statement from the Centers from Disease Control and Prevention that said large gatherings make it difficult to maintain social distancing guidelines, which may put attendees at risk of exposure to the virus.

“Any identification of cases following a large gathering would not likely be confirmed until 2-3 weeks after the event," the statement says.