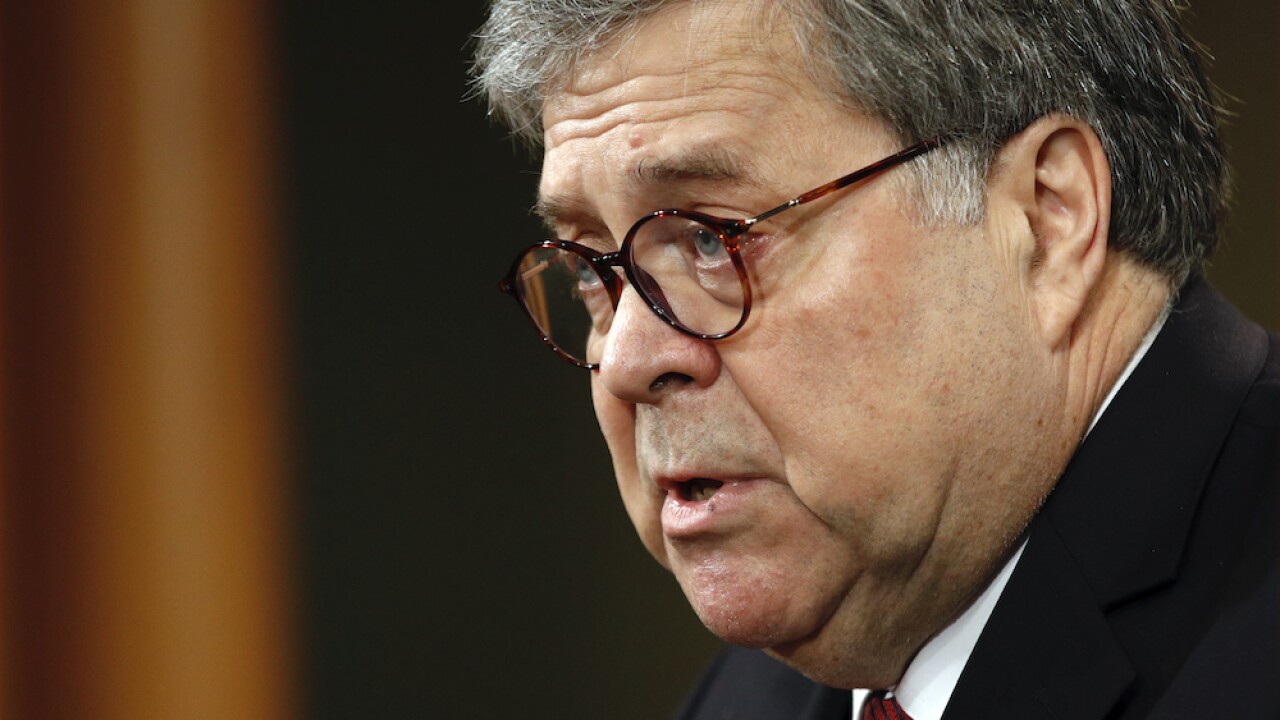 Copyright 2019 The Associated Press. All rights reserved.
Patrick Semansky/AP
Attorney General William Barr speaks about the release of a redacted version of special counsel Robert Mueller’s report during a news conference, Thursday, April 18, 2019, at the Department of Justice in Washington. (AP Photo/Patrick Semansky)

Speaking at Hillsdale College, the event's host asked Barr to explain the "constitutional hurdles for forbidding a church from meeting during COVID-19."

Barr then launched into a four-minute response where he said a national lockdown would be akin to house arrest.

He accused state governors of using their executive powers to stifle citizens and businesses.

"Other than slavery, which was a different kind of restrain, this is the greatest intrusion on civil liberties in American history," Barr said.

The attorney general said he's OK with requiring masks, but not shutting down businesses.

The comments came a day after Barr equated prosecutors at the Justice Department to pre-schoolers.