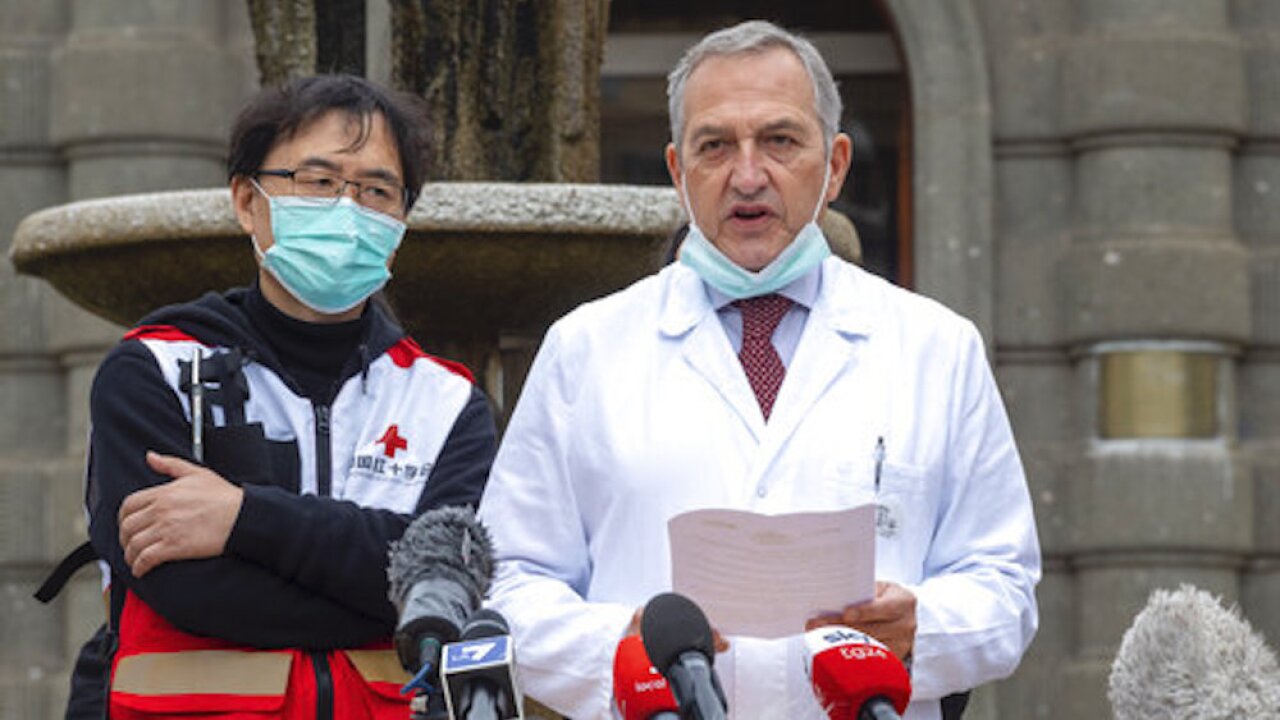 Director of Spallanzani Hospital Francesco Vaia, right, flanked by Sun Shuopeng, Vice President of China's Red Cross, reads a bulletin on the conditions of COVID-19 patients being treated at Spallanzani in Rome, Saturday, March 14, 2020. For most people, the new coronavirus causes only mild or moderate symptoms. For some, it can cause more severe illness, especially in older adults and people with existing health problems. (AP Photo/Domenico Stinellis)

Italy has reported its biggest day-to-day jump in number of infected cases of COVID-19.

National health authorities told reporters on Saturday that health officials recorded 3,497 new cases in 24 hours. That’s roughly a 20% increase in cases from the day before.

A little more than half of those new cases occurred in Lombardy, the populous northern region which has been hardest hit in Europe’s worst outbreak. Italy’s total cases now tally 21,157.

A day earlier, the same authorities had predicted glumly that Italy would still see a jump in cases despite a national lockdown that began on March 9, barely two days after severe restrictions on personal movement in the north.

They cited irresponsible behavior by many citizens, who despite the earlier warnings not to gather in large numbers, headed to beaches or ski resorts, and hung out together in town squares, especially after the closure of schools.