A Pandemic And A Parade: What 1918 tells us about flattening the curve 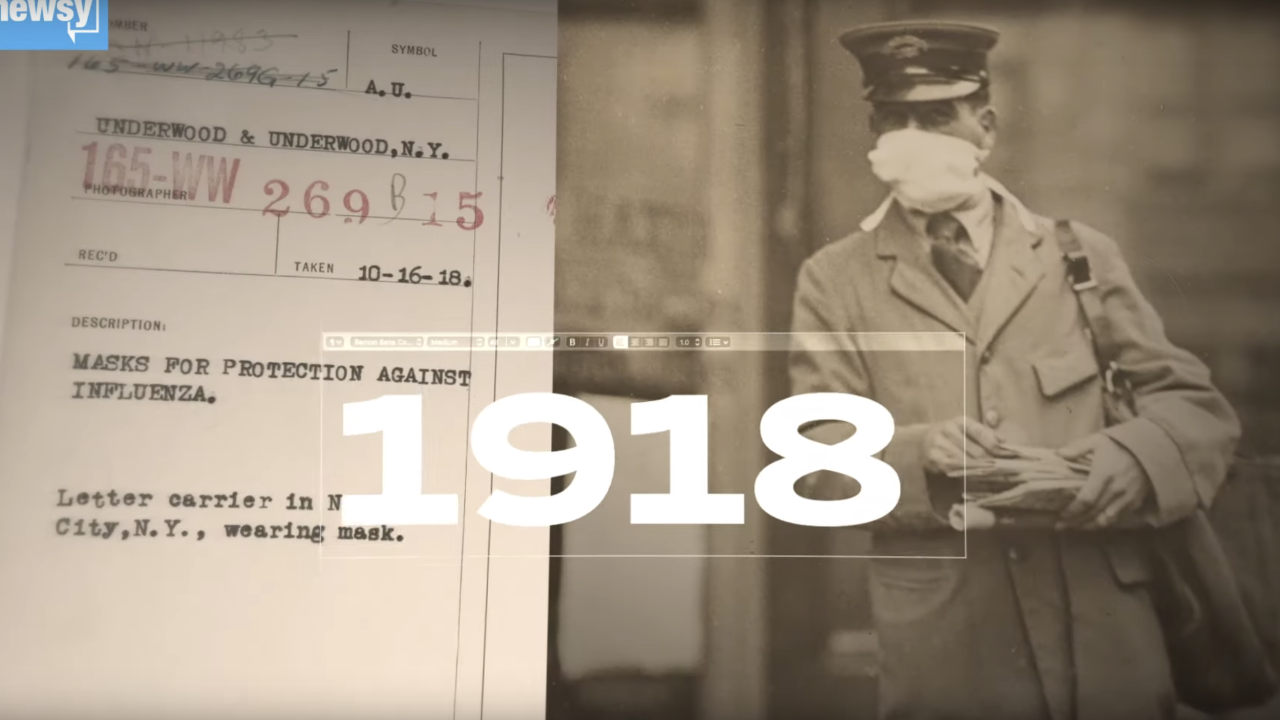 1918 saw the rise of a global pandemic that brought huge societal changes. That was a different time and a different, far more deadly, virus. But looking at how two American cities handled the Spanish Flu reveals an important lesson in dealing with our own pandemic. One city stopped the spread. The other created an outbreak.

On September 28, 1918, 200,000 people lined Broad Street in Philadelphia for a grand parade to promote Liberty Loans to pay for World War I. Marching in the parade: troops, Boy Scouts, and marching bands led by the famous conductor John Philip Sousa.

Hundreds of thousands of people packed together. Despite warnings that the deadly flu was very much active among nearby military camps, city officials and parade planners forged ahead.

Within three days, there wasn't a single empty bed in any Philadelphia hospital. Within a week, with health services overwhelmed, the death toll had reached 4,500 people. City leaders closed down Philadelphia. By then it was too late.

But during that same timeframe in 1918, a different city took a different approach and was able to "flatten the curve" keeping the number of flu cases low enough that hospitals could deal with them.

To understand the position these cities were in, you have to look back at the months leading up to their decision making.

The virus that became known as Spanish Flu first appeared in early 1918. Rampant among military bases in both the U.S. and Europe, it spread rapidly as World War I brought opposing armies together in dire conditions.

By the summer, the flu had tailed off enough that many health experts believed it was gone for good. But the fall brought a new surge of cases globally. And by September, city leaders across the U.S. knew the flu had begun actively spreading again.

St. Louis handled this information very differently than Philadelphia. Within 2 days of detecting active cases, St. Louis leaders had forced closure for schools, churches, and any public gatherings of more than 20 people.

The virus still spread throughout St. Louis. But through this "social distancing," the city kept its number of cases low and suffered far fewer casualties than Philadelphia.

St. Louis steps a century ago look a lot like those taken after coronavirus cases showed up in Singapore and Hong Kong, where schools and public gatherings were quickly shut down and the virus' spread was slowed down.