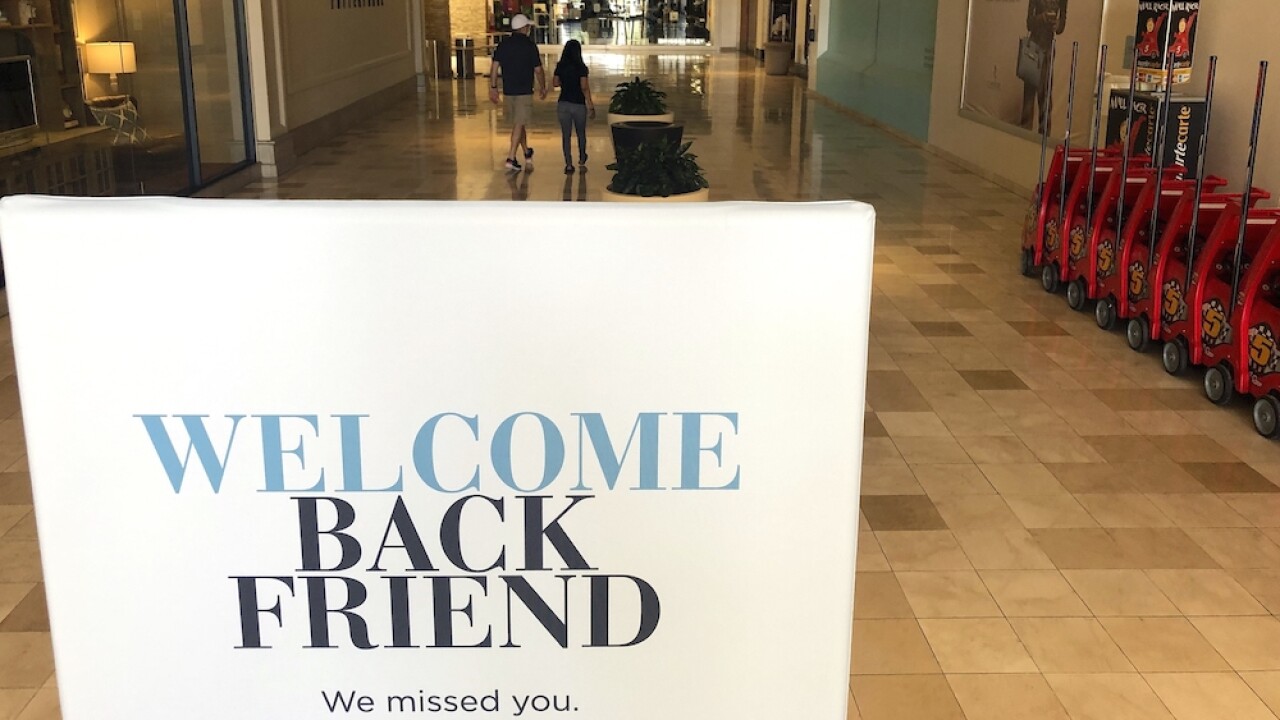 Copyright 2020 The Associated Press. All rights reserved
Ross D. Franklin/AP
After being closed for several weeks due to the coronavirus outbreak, Chandler Fashion Center Mall welcomes back patrons Sunday, May 17, 2020, in Chandler, Ariz. While the mall was open, many of the chain stores remained closed. (AP Photo/Ross D. Franklin)

U.S. employers added a substantial 4.8 million jobs in June, and the unemployment rate fell to 11.1%, as the job market improved for a second straight month yet remained far short of regaining the colossal losses it suffered this spring.

The nation has now recovered roughly one-third of the 22 million jobs it lost to the pandemic recession.

The monthly job report coincided with the Department of Labor's weekly report on unemployment claims, which indicated that 1.4 million Americans filed initial claims for unemployment during the week ending June 27. That brings a 15-week total to about 47.9 million claims.

Thursday's figures were down about 60,000 from last week's unemployment filings. It marked the fourth straight week where unemployment claims have hovered at about 1.5 million.

Weekly claims for unemployment have been falling for about four straight months after peaking at about 6 million a week in late March. But weekly unemployment claims remain historically high.

Prior to the pandemic, the record high for weekly unemployment claims came in 2006, when 665,000 people filed for unemployment. The Department of Labor has been tracking the statistics since 1967.

Economists often use weekly unemployment claims as a reliable tool when predicting unemployment. However, some surveys indicate that initial weekly claims may be underestimating the amount of those unemployed.

At least one survey from the Economic Policy Institute found that millions of Americans gave up trying to seek benefits or didn't even start the process due to states' overwhelmed and antiquated unemployment systems.

The new figures also come weeks before increased unemployment benefits provided through the CARES Act are set to expire later this month.

However, cases are spiking again in many parts of the country. Several states have chosen to pause and even walk back their efforts to reopen their economies, leading to fears that more shutdowns and more unemployment could be on the way.