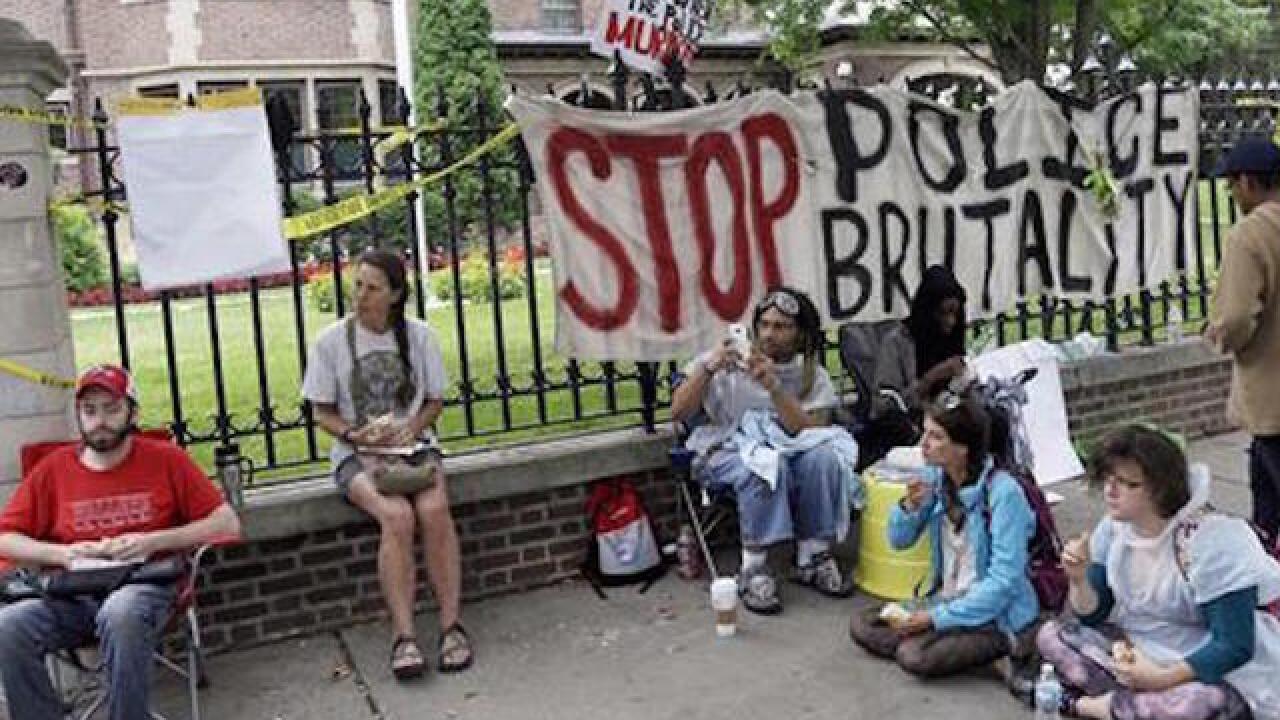 ST. PAUL, Minn. (AP) — A suburban Minnesota police officer who killed a black driver reacted to the man's gun, not his race, his attorney said Saturday, giving the most detailed account so far of why the officer drew his own weapon.

Philando Castile's girlfriend, who streamed the immediate aftermath of the shooting live on Facebook, has said he was shot several times after telling the officer he had a gun and a permit to carry it.

St. Anthony Police Officer Jeronimo Yanez was reacting to "the presence of that gun and the display of that gun" when he opened fire on Castile, Minneapolis attorney Thomas Kelly told The Associated Press. He declined to elaborate on how Castile displayed the weapon or what led up to the deadly Wednesday traffic stop.

Reynolds said Castile was shot while reaching for his wallet.

Yanez, who is Latino, is distraught and saddened over the shooting in the St. Paul suburb of Falcon Heights, Kelly said.

Falcon Heights, a mostly white community of 5,000, is served primarily by the nearby St. Anthony Police Department.

Authorities say that during the traffic stop, Yanez approached Castile's car from the driver's side and another officer, Joseph Kauser, approached from the passenger side. Yanez opened fire, striking Castile multiple times.

Yanez and Kauser, both four-year veterans, were put on administrative leave, as is standard, authorities said.

Court records show it was at least the 32nd time Castile had been pulled over in the Minneapolis-St. Paul area since 2002.

Saturday marked a third straight day of protests over Castile's killing, with demonstrators encamped outside the governor's mansion in St. Paul. About 30 protesters formed a circle in the street late in the morning as an organizer pray for peace and togetherness.

Authorities in St. Paul had reported just a single arrest of someone who had been in a crowd that at one point numbered 1,500 people, there to demand justice in the death of Castile, a 32-year-old school cafeteria supervisor.

Gov. Mark Dayton, who has come out of his residence several times to meet with the protesters, said Friday that he endorsed their right to be there and had no intention of ordering them removed.

Ramsey County Prosecutor John Choi said Friday that the Facebook video is part of what he hoped would be a "prompt and thorough investigation" by the state into Castile's killing late Wednesday.

The following night, five police officers were fatally shot and others were wounded during protests in Dallas over Castile's killing and the fatal police shooting of 37-year-old black man Alton Sterling in Baton Rouge, Louisiana, after a scuffle with officers outside a convenience store. Authorities identified the Dallas shooter as an Army veteran, who was later killed by police.

Sterling's and Castile's families have denounced the Dallas officers' killings.

"My son would not have approved of the shootings," Valerie Castile told CNN Friday night, "because he believed that all lives matter."

Less than 24 hours after Castile died, Dayton declared that police likely wouldn't have fired if Castile's skin were a different color.

"Would this have happened if those passengers would have been white? I don't think it would have," Dayton said to the crowd outside his residence Thursday.

Dayton said Friday that he stood by that statement and had no new information about the case, even as the head of a law enforcement organization ripped his comments as reckless.

In the video she streamed Wednesday night on Facebook Live, Reynolds describes being pulled over for what the officer told her was a "busted tail light." The video shows her in a car next to a bloodied Castile slumped in a seat.

A clearly distraught person who appears to be a police officer stands at the car's window, tells her to keep her hands up and says: "I told him not to reach for it. I told him to get his hand out."

"You shot four bullets into him, sir. He was just getting his license and registration, sir," Reynolds calmly responds.