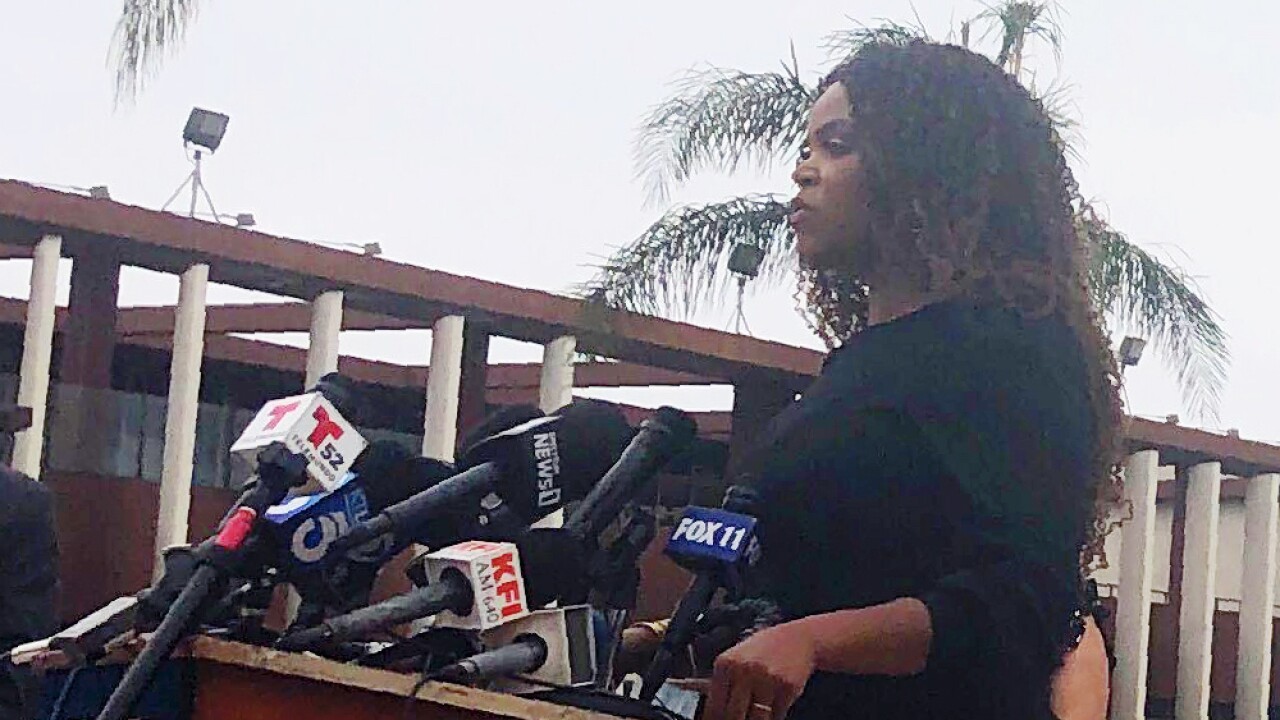 Copyright 2020 The Associated Press. All rights reserved.
Stefanie Dazio/AP
Compton, Calif., Mayor Aja Brown, speaks at a press conference on Aug. 4, 2020. Brown has announced the city will work with a non-profit to provide about 800 residents with a guarantee income over the next two years. (AP Photo/Stefanie Dazio)

The mayor of Compton, California, has told the Los Angeles Times that she is launching a pilot program with a local non-profit that will give 800 residents a "guaranteed income" over the next two years.

Compton Mayor Aja Brown told the Times that a non-profit called the Compton Pledge would select 800 low-income residents and distribute a "guaranteed income" to them for the next two years.

According to the Times, the participants will be selected from a "pre-verified" list of low-income families in the area. Over the span of two years, the Compton Pledge plans to provide the families with "at least a few hundred dollars on a recurring basis" without any strings attached.

The program will also provide families with financial guidance and track their spending and well-being throughout the process.

While the Compton Pledge has not said where it is getting its funding or how much participants would receive, The Los Angeles Times reports that the program hopes to include a "representative sample" of the city's racial makeup in its participants.

Once considered a fringe concept, the idea of a "universal basic income" has gained traction among left-wing politicians in recent years. Such a policy would provide all Americans with a monthly stipend which recipients would be free to spend as they see fit. Businessman Andrew Yang ran for the 2020 Democratic presidential nomination based on the idea.

The concept gained further traction amid the COVID-19 pandemic when lawmakers agreed to provide most Americans with a $1,200 check as the government shut down businesses to prevent the spread of the virus.

While critics of a universal basic income claim such a policy would lead to high unemployment numbers and lead to spending on non-essential goods, some studies have shown that's not always the case. A similar program being conducted in Stockton, California, shows that recipients of basic income funds were mostly spent on food, clothes, and utility bills.