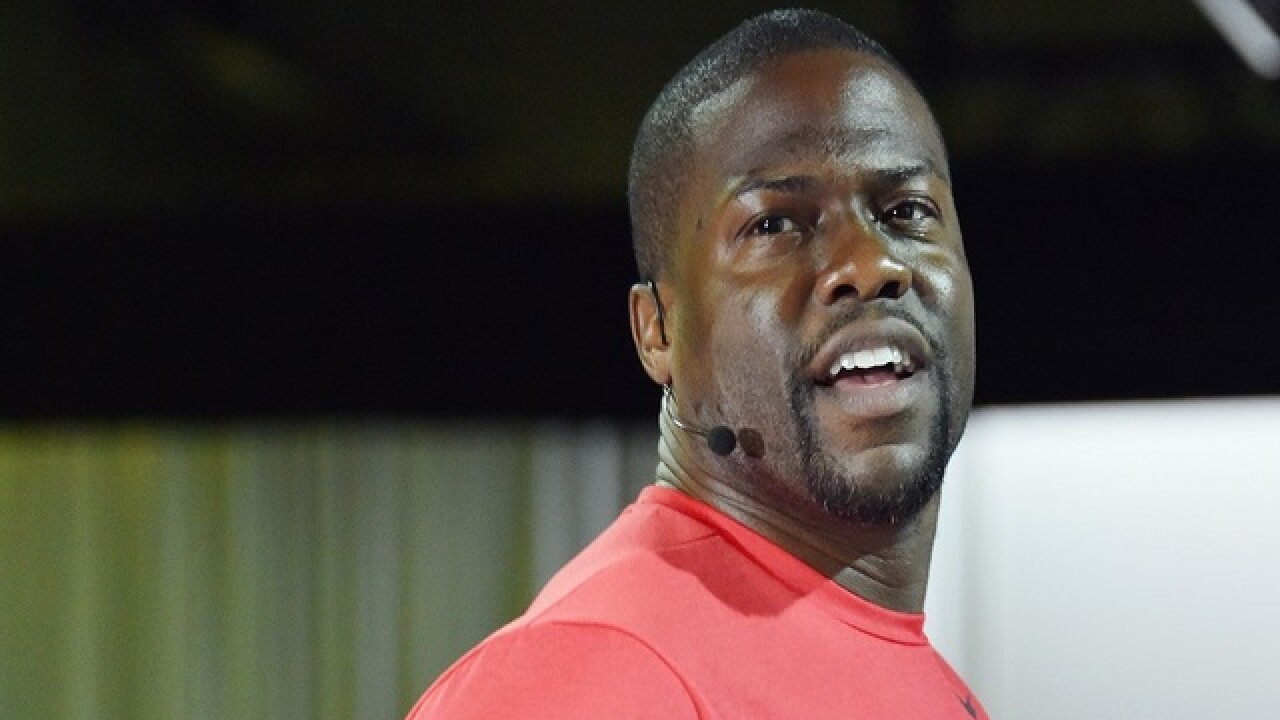 LOS ANGELES (AP) — Add author to actor-comedian Kevin Hart's list of accomplishments.
Atria Publishing Group announced Tuesday that the "Ride Along" star is writing a memoir about his experiences growing up and early failures as a comedian that helped fuel his now-prolific career.
The book will be titled "From the Hart" and is scheduled to be released next year by Atria's imprint 37 Ink.
Hart has become a popular actor, appearing in the "Ride Along" films with Ice Cube, "Get Hard" with Will Ferrell and 2015's "The Wedding Ringer."
Hart capped the announcement of his book with some humor, joking that his children know he's a big deal because he tells them every day. Hart writes in a statement, "Now I'll have a book out to prove it."
Associated Press 2016