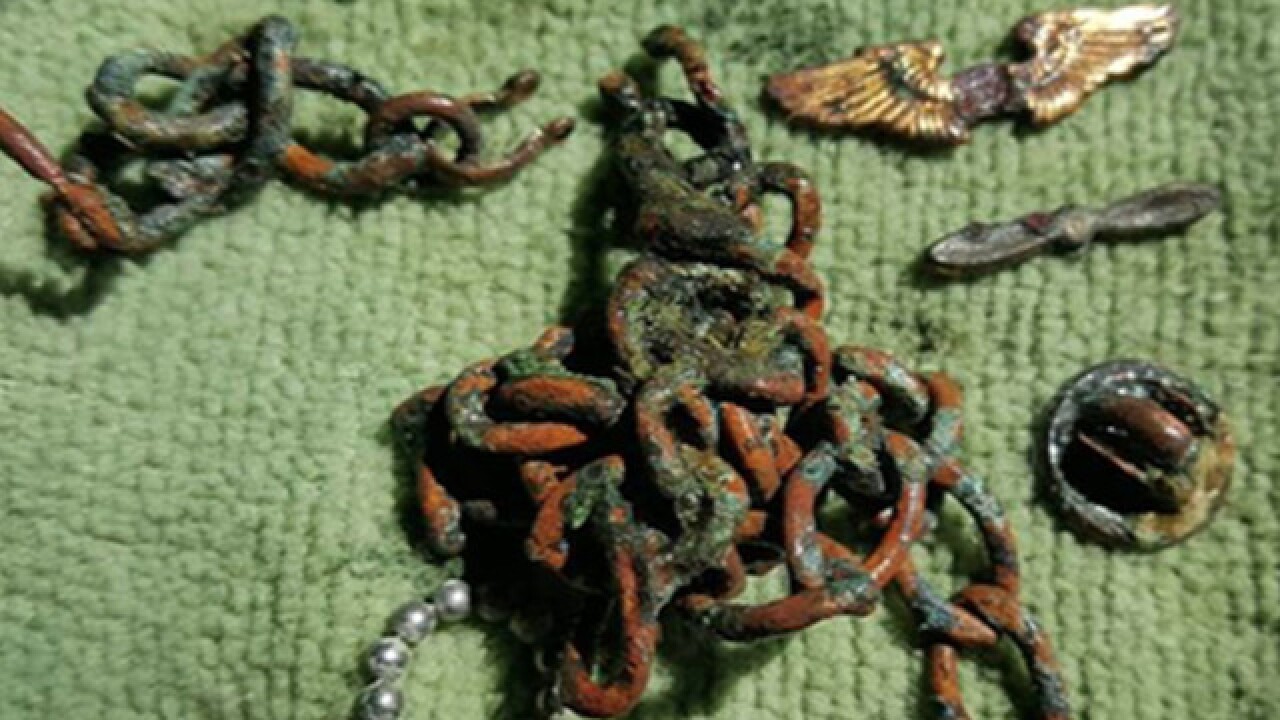 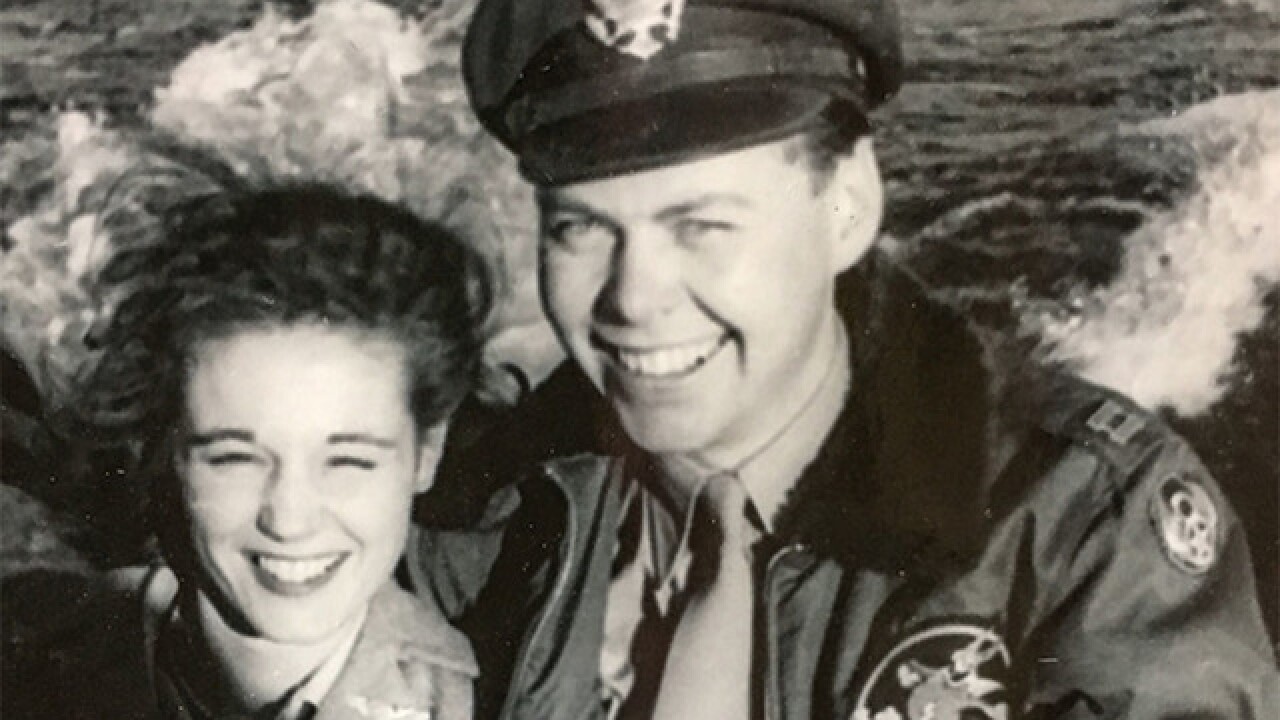 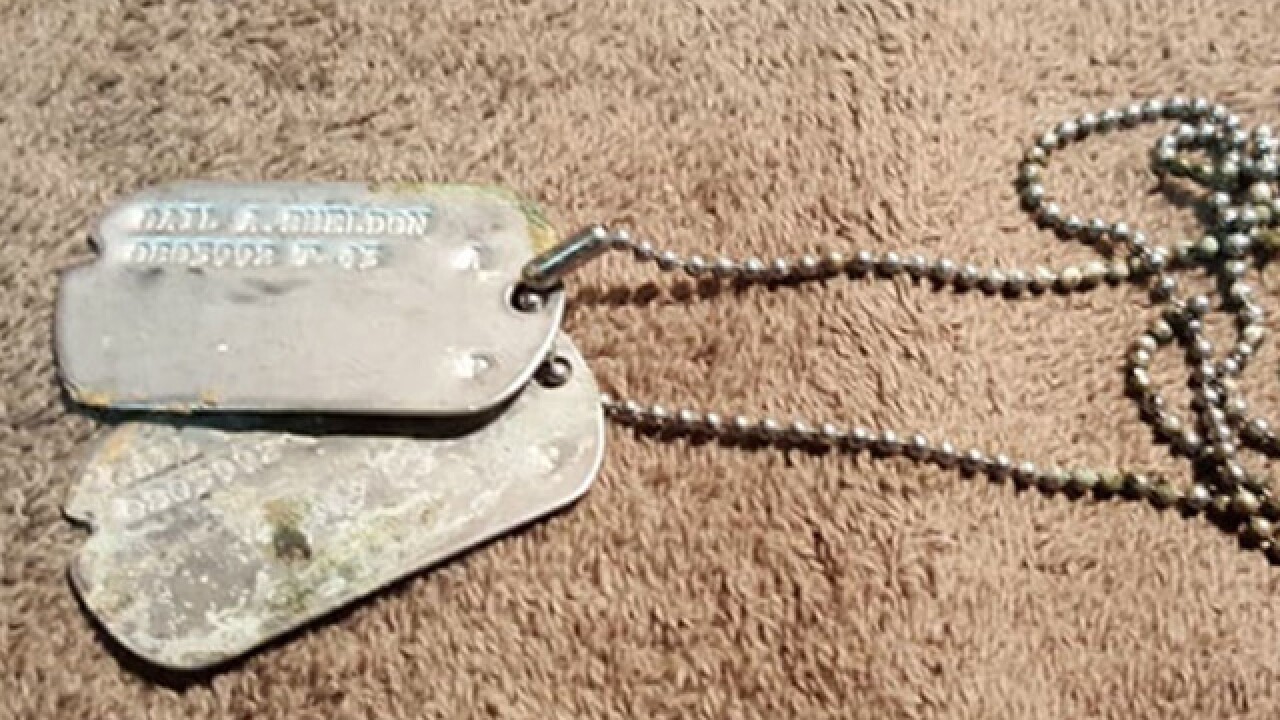 AURORA, Colo – A man is giving a family a piece of their hero back after finding World War II dog tags on a job site he was working on.

“They’re going into the mail today,” Michael Huber said in his office, surrounding by old photos and knick-knacks packed away in a box.

Huber has all the respect in the world for a man he’s never met, but came across his name in the dirt.

“Well, I was excavating on my jobsite,” Huber said. “I was getting rid of some trash and debris from years ago, and I pulled out a bucket and there was something shiny sticking out. I saw what it was and it was dog tags.”

The name Gail Sheldon was engraved on the tags.

Doing a little research, Huber found out who Sheldon was.

“He was a captain and flew B-24 bomber planes,” Huber said. “He had several missions over Berlin, and he flew during D-Day. He was even shot down one time.”

Huber was able to get into contact with Sheldon’s family after a couple of months. He found out from the family Sheldon died in 1990.

Huber is now sending back the dog tags along with Sheldon’s pilot wings that he found with the tags. He packs up a box filled with old coke bottles and old squirt guns from that time that he found on the job site.

“It could possibly be his family’s,” Huber said.

Huber, who has also served in the U.S. Army, said he deeply respects Sheldon. Which is why it's important to send this memento back to the family.

“Dog tags to me is part of a person’s being,” Huber said. “It’s a symbol of them giving up everything.”