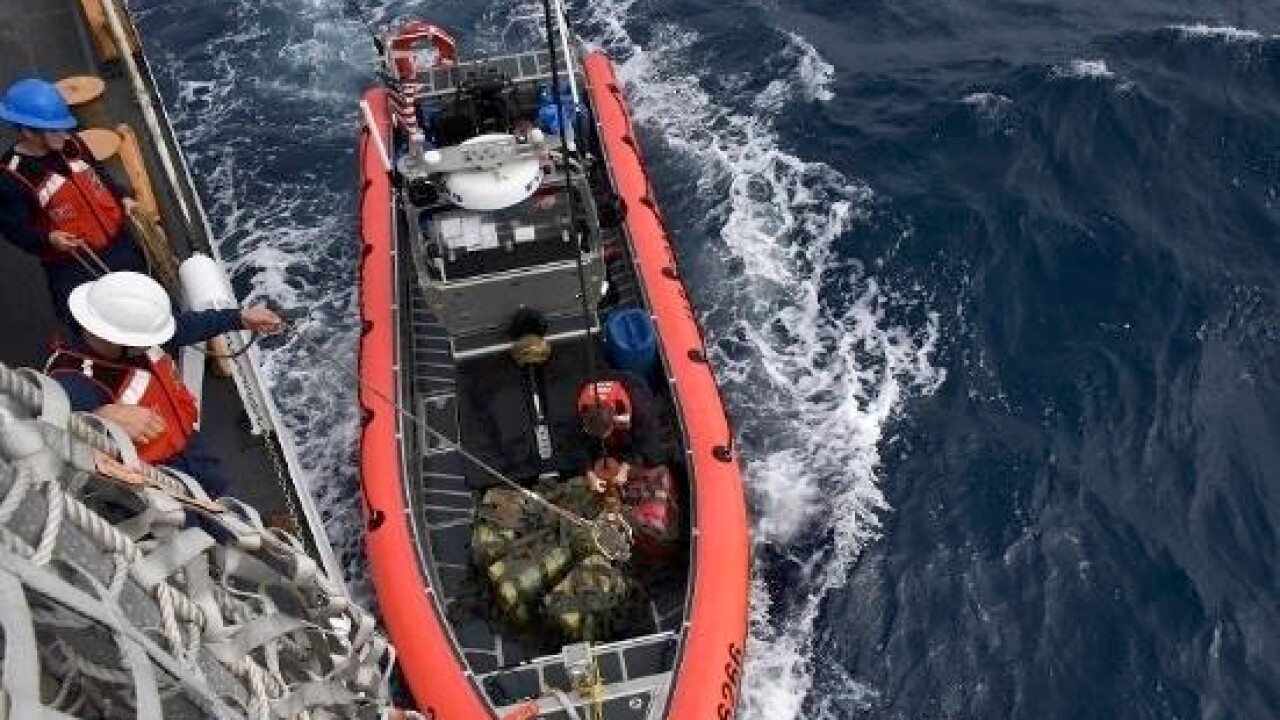 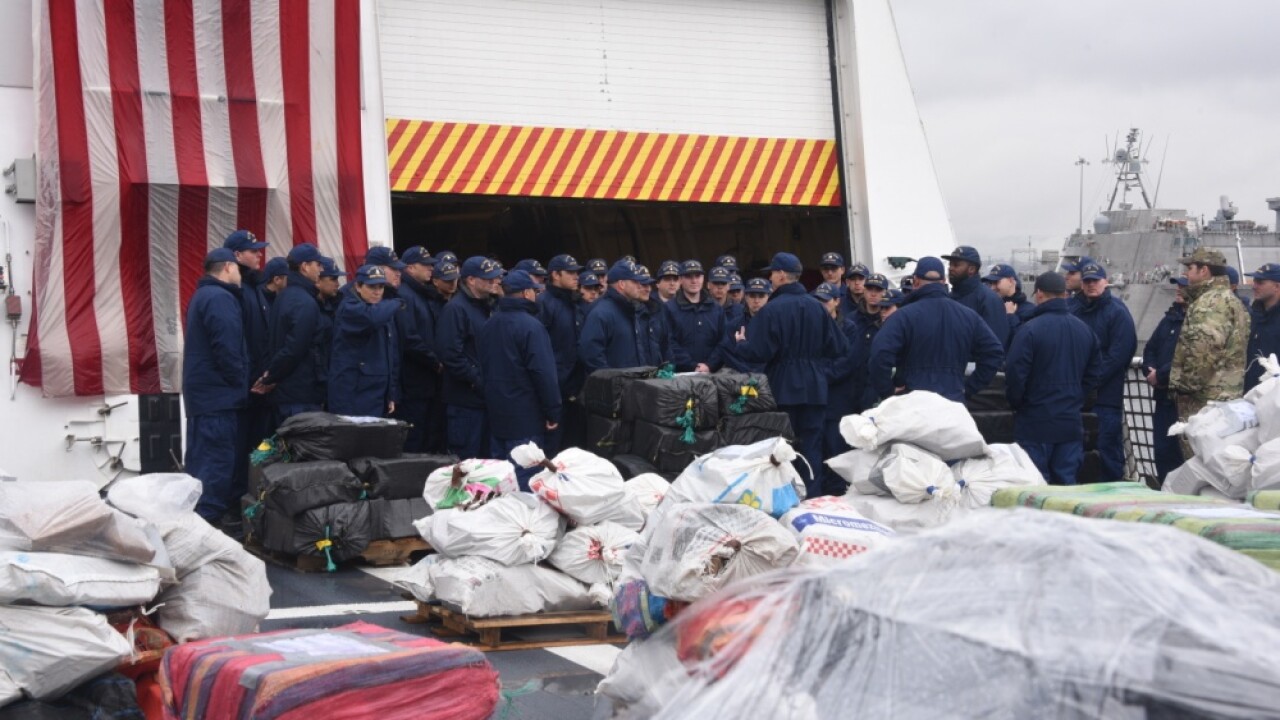 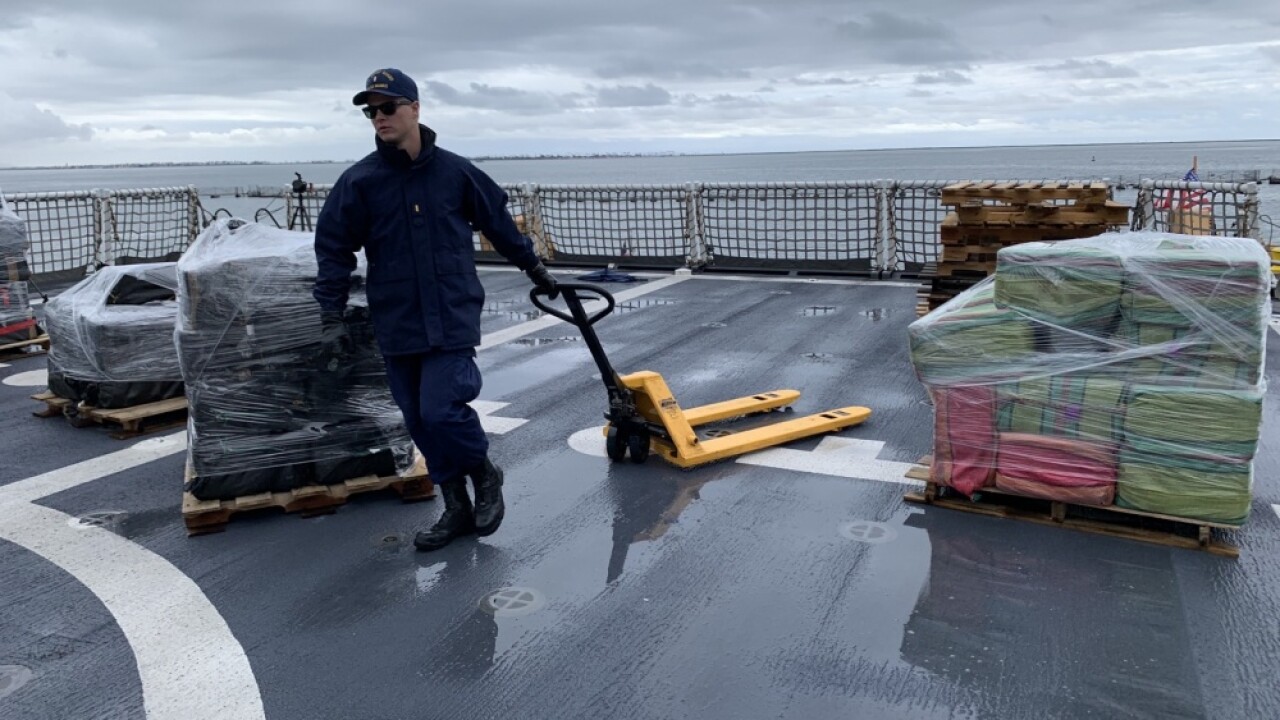 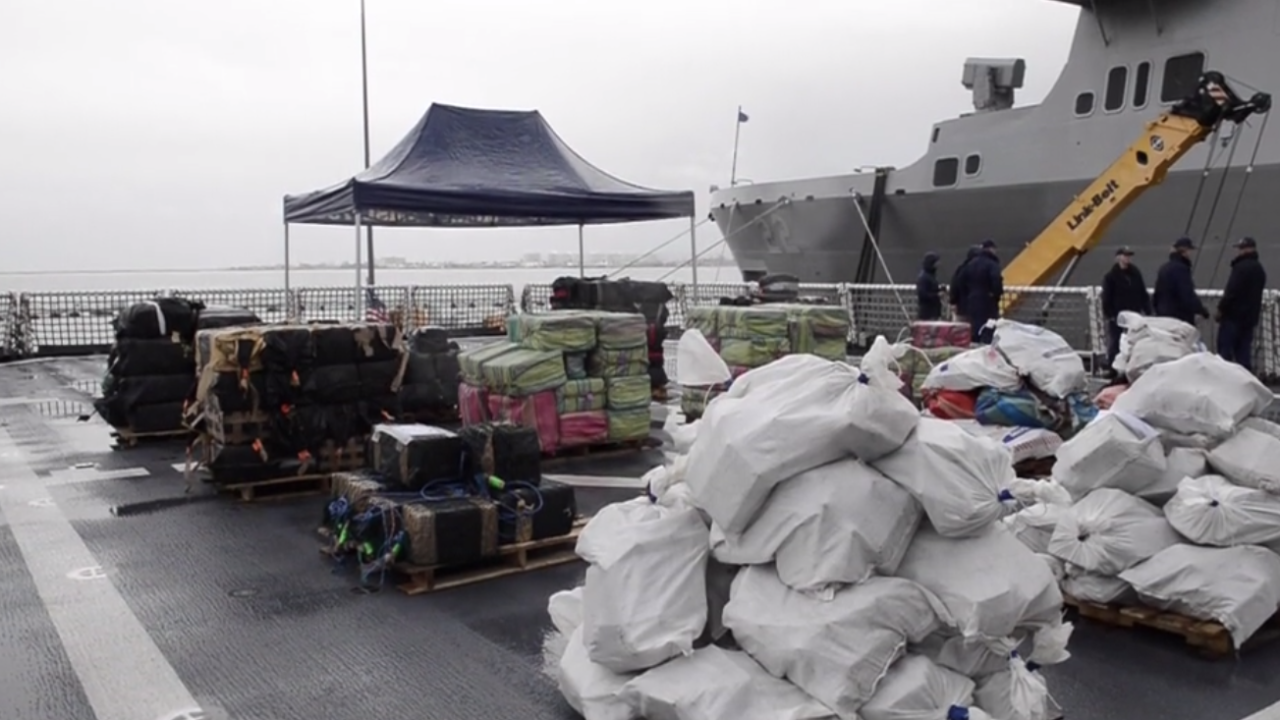 The drug haul estimated to be worth about $338 million was offloaded from the cutter Munro at Naval Base San Diego on Monday.

The cocaine was seized in eight operations by the crews of four cutters between mid-November and mid-January.

The Coast Guard says the campaign against drug cartels involves numerous U.S. agencies and the Navy.


"By disrupting the profits of these cartels, we are reducing their effectiveness and helping our partner nations maintain their stability," said Rear Adm. Peter Gautier, the 11th Coast Guard District commander. "These efforts also provide invaluable information to us that we can then use to stop these drugs further up the supply chain before they begin these dangerous routes at sea."

David King, the director for the High Intensity Drug Trafficking Area (HITDA) program, says the men and women who worked to seize the drugs have made America a safer place to live.

“This cocaine will never make it into our homes, schools and communities to fuel violent crime, addiction and death,” said King.