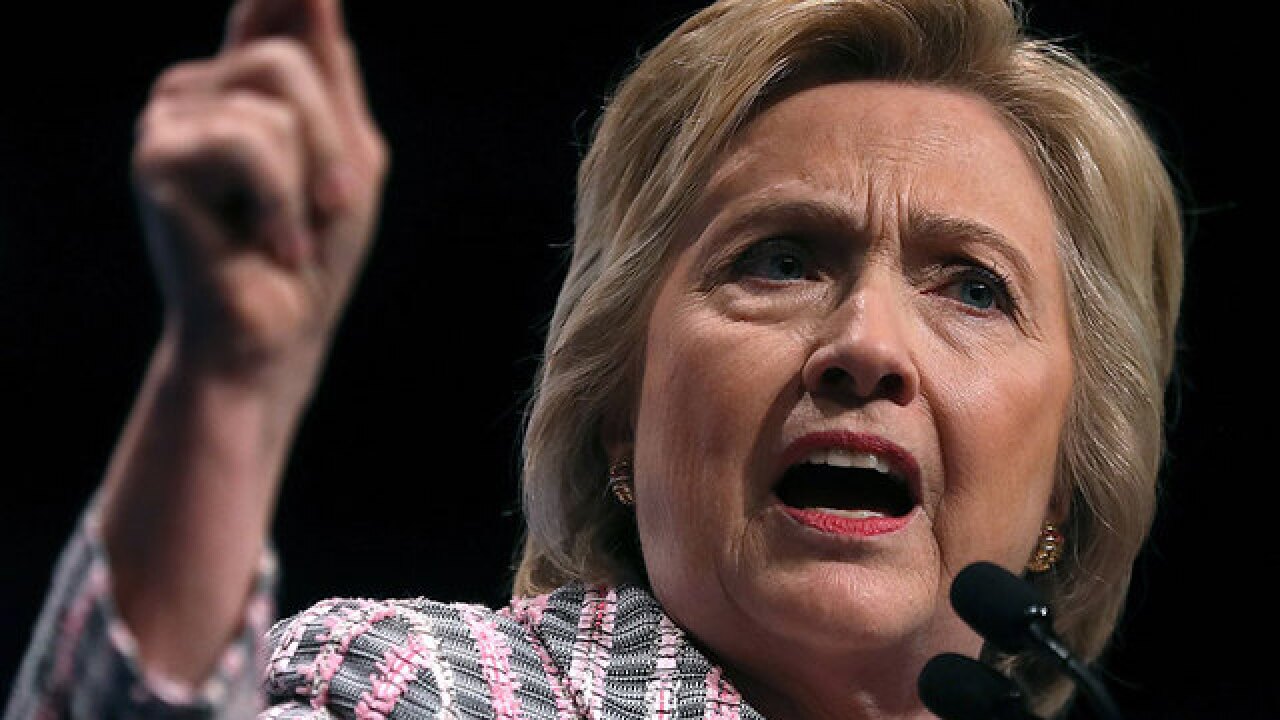 Hillary Clinton 's polling numbers bounced up in the days following the Democratic National Convention , giving her a 4.4-point lead as of August 1, according to the latest data from RealClearPolitics .

That kick reveals Clinton is in the throes of a post-convention surge, the coveted but expected burst of enthusiasm around a candidate after the nomination meeting wraps. In the first few weeks after presidential conventions, polling data ebbs and flows more than normal, so expect these numbers to continue to fluctuate until around mid-August. Graphiq politics site InsideGov visualizes the most recent polling data below.

The data from RealClearPolitics reflects an average, but Clinton is up by healthy margins over Donald Trump in just about every poll. An NBC News/SurveyMonkey poll shows Clinton up 50 percent to 42 percent, while CBS has her up by 6 points. The latest CNN/ORC poll clocks Clinton's lead at 9 points. Only the L.A. Times finds Trump with a lead of about 2 points.

Clinton's polling numbers weren't the only data point to get a bounce. Her net favorability scores also improved in the days after the convention. She has a -13.3 percent net favorability rating, her best marks since late March.

This election remains a contest between two historically unpopular candidates, to be sure. But Clinton's uptick here could prove critical, especially if she can sustain it amid the recent dip for Trump. The businessman scored his own favorability lift after the Republican convention , but it looks like it is headed for a bit of a downturn.

Indeed, Clinton's boost in the polls and net favorability may be less noteworthy than Trump's coinciding week-long dive. Trump rode his own post-convention bounce to a 1-point lead over Clinton -- his largest so far this year -- but he now sits at 42 percent. The 4.6-point swing that scored Trump his lead has almost completely diminished.

Trump continues his knack for grabbing headlines, even during last week's wall-to-wall coverage of the Democratic convention. First, he encouraged Russia to find and release messages from Clinton's private email server that she used while working at the State Department.

Trump also maintains his feisty -- and unprecedented -- back-and-forth with the parents of Army Capt. Humayun Khan, who was killed in combat in Iraq in 2004. At the Democratic convention, Khan's father gave an impassioned speech about his son's service, ending with a withering rebuke of Trump. "You have sacrificed nothing and no one," Khan said to applause. Trump has described Khan's speech as a vicious attack .

And Trump just told the Washington Post that he wouldn't endorse House Speaker Paul Ryan or Arizona Sen. John McCain in their respective primaries. Both Ryan and McCain spoke out against Trump's statements about the Khan family.

Any one of these comments might have doomed other campaigns, but Trump has proven himself almost bulletproof against traditional election expectations. When Trump doubled down on his slam of McCain's war hero status earlier this year, for example, Trump didn't suffer a hit.

Since these are all still developing storylines, it remains to be seen how (or if) they impact Trump's standing among voters. But keep in mind that Trump's proposed Muslim ban -- which many predicted would sink Trump's candidacy -- didn't knock him off his first-place standing in the Republican primary contest.

More: How Much Did Each Presidential Candidate Spend Per Vote?

Research More About the 2016 Election