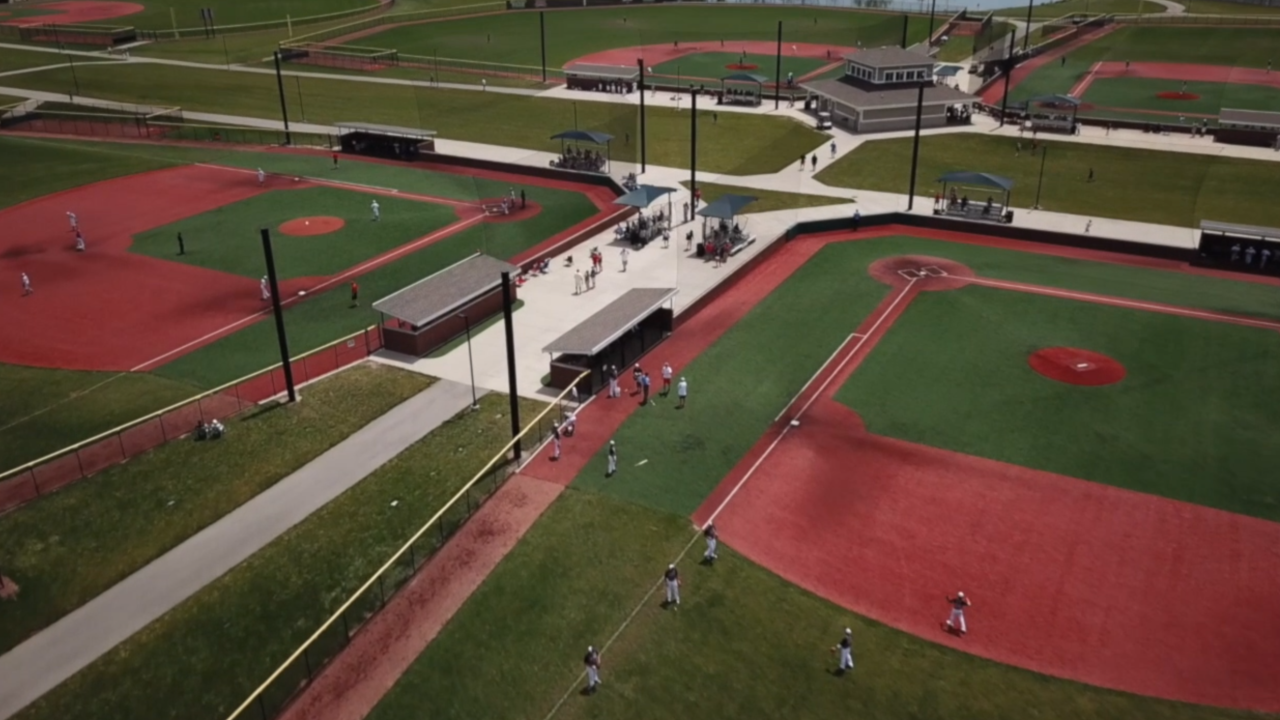 In Westfield, Indiana, the city and surrounding areas are cashing in on youth sports.

This Midwest town has about 40,000 full-time residents. On most weekends, however, that population more than doubles with families traveling in from across the country to play to big time competitive sports, and they're spending big bucks during their stay.

“If you count hotels, gas, food, league fees, everything, $5,000 to $7,000 give or take,” parent Mike Williams of Imperial, Missouri says about the annual cost of competitive sports.

With that kind of money, Westfield city leaders are capitalizing on what’s known as “sports tourism."

To play ball, teams come to Grand Park, a massive multi-use sports complex that the city built a few years ago by investing $85 million, turning hundreds of acres of cornfields into dozens of soccer fields and baseball diamonds.

“Prior to Grand Park being here, we were kind of city without an identity,” says Westfield city spokesperson Vicki Gardner. “But now, you go places and you say Westfield and they say, ‘Grand Park.’”

Gardner tells us investing in youth sports is paying off. Since its inception a few years ago, Grand Park has had a $700 million economic impact on the surrounding area. It's a number that city leaders hope to grow.

“We’ve been in business for not even three years and we see about 2.5 million visits a year and we account for 92,000 hotel stays and that’s a conservative number,” Gardner said. “When people come here, they’re blown away by what they see and that’s a challenge. So, we got to get out there and let them know, tell the story of Grand Park, tell the story of Westfield.”

Bub’s Burgers is one of many nearby businesses reaping some of those financial rewards. With its sales tripling during tournament time.

To help fill these ball players’ bellies, this burger joint has added 30 jobs.

But with economic growth comes growing pains. There’s new construction by entrepreneurs who are trying to cash in on spillover from the sports complex.
Locals say more visitors means more traffic, but that it also means more money.

“The fact that it developed so much in the last year, two years, they needed a barbershop here,” says Eli Resendez, who opened up Barbershop 32 down the street from Grand Park a few weeks ago.

Resendez says he picked this location to hopefully capture customers from the visiting teams.

“Most of my clientele this morning were out-of-towners,” he says. “Because of it, I have been able to thrive here very easily.”

That easy money has more cities thinking about following Westfield’s business model and hoping to hit a home run in the growing sports tourism industry.