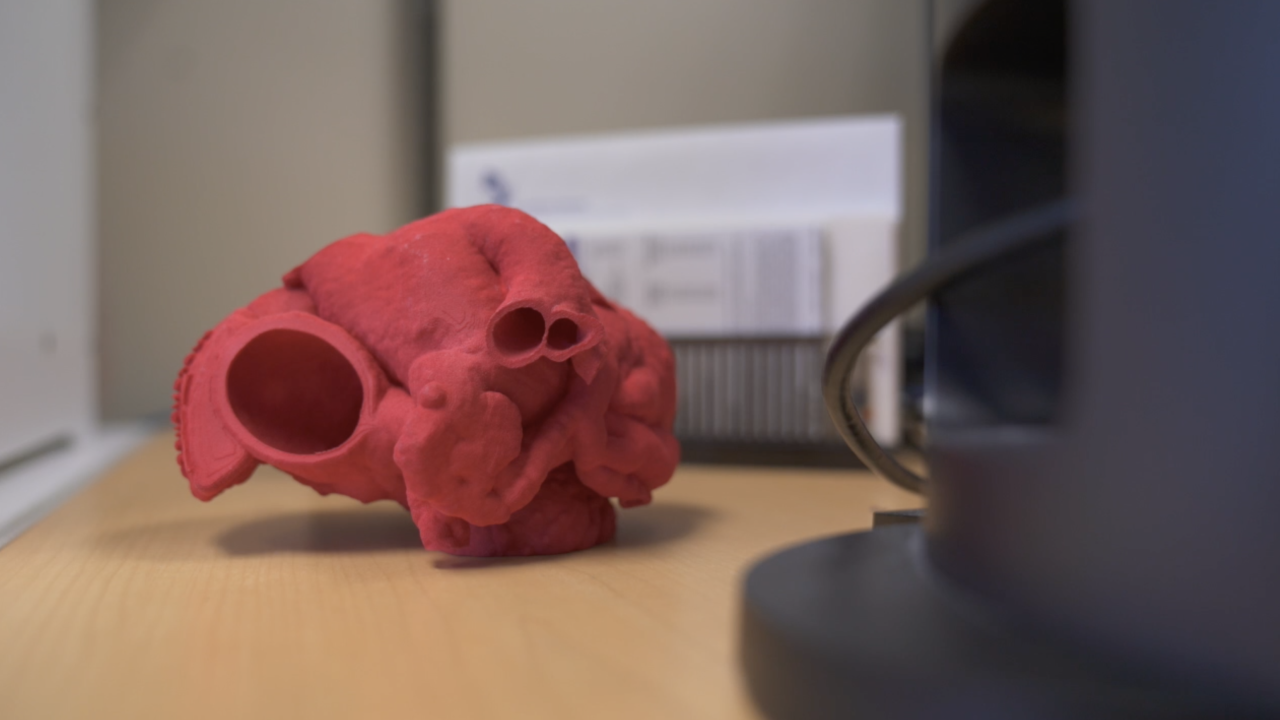 AURORA, Colo. -- Olive is a 3-year-old girl who loves to cuddle. As sweet as she is, her parents call her a “champ” because her life so far has been filled with countless hospital visits.

“She’s such an easy-going baby, but you can tell it really gets to her to be in the hospital with all the IVs and the stickers and medicine and people coming in and poking you every two hours,” said Olive’s mother, Gloria Angel.

Olive has a complex heart disease. It has required her to undergo multiple major surgeries, all of which have gone well, thanks to a new method of cardiac imaging. Children’s Hospital of Colorado is leading the nation as the first medical center combining 2D and 3D imaging to print an exact replica of patients’ hearts.

“When olive came, we needed to take a picture of her pulmonary arteries because the left one was a little bit narrowed,” Dr. Jenny Zablah said.

Dr. Zablah is the Pediatric Interventional Cardiologist who has been working with Olive. She says the 3D image allows the cardiologists to better picture what is going on so they can plan to fix the problem.

Next, a soft 3d model is printed which gives doctors an opportunity to physically work with the model – determining how the veins and arteries will react to the implantation of stents and other devices during surgery.

“It’s really cool that they’re using such advanced imagery. I was really grateful to know they were using the best of their technology to take care of her,” Angel said.

Not only can surgeons anticipate the condition of the heart prior to surgery, but Dr. Zablah says they’ve also cut radiation and procedural time by more than half.

“Every cath procedure involves radiation which increases risk of things like cancer. So, the main goal is trying to do every procedure in the cath lab with the least radiation possible,” Dr. Zablah said.

And less time means patients won’t be under for so long.

“What was really exciting about it is that they knew what they were up against before they got in there. Because the longer a kiddo is under anesthesia, the risks go up for negative things to happen,” Angel said.

Once doctors are done with the model, they use it to give families a deeper understanding of how the heart functions. Then they’re allowed to take it home.

Although little Olive is expected to live a normal life, the model will always be a reminder of the challenges she overcame in her youngest years.

“I never thought a tiny human being would teach me about strength. But she has. She’s so resilient, and so happy all the time no matter what,” Angel said. “I think Olive has a wonderful life ahead of her.”