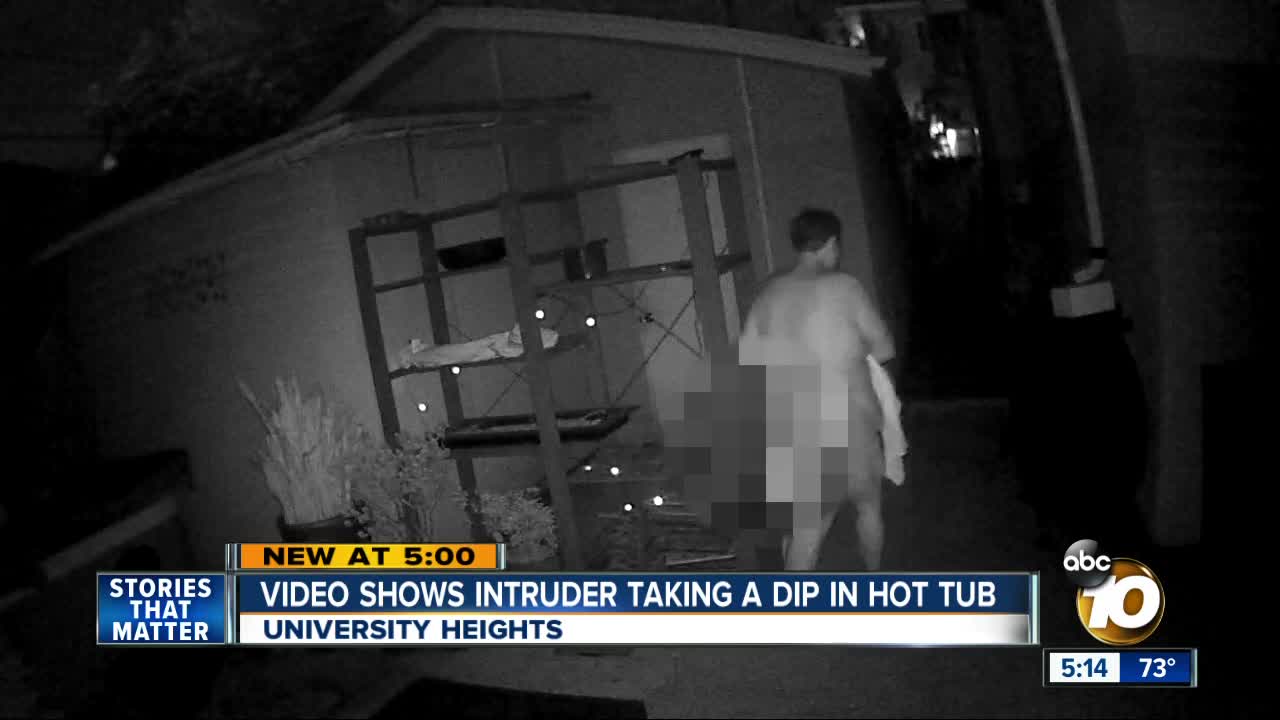 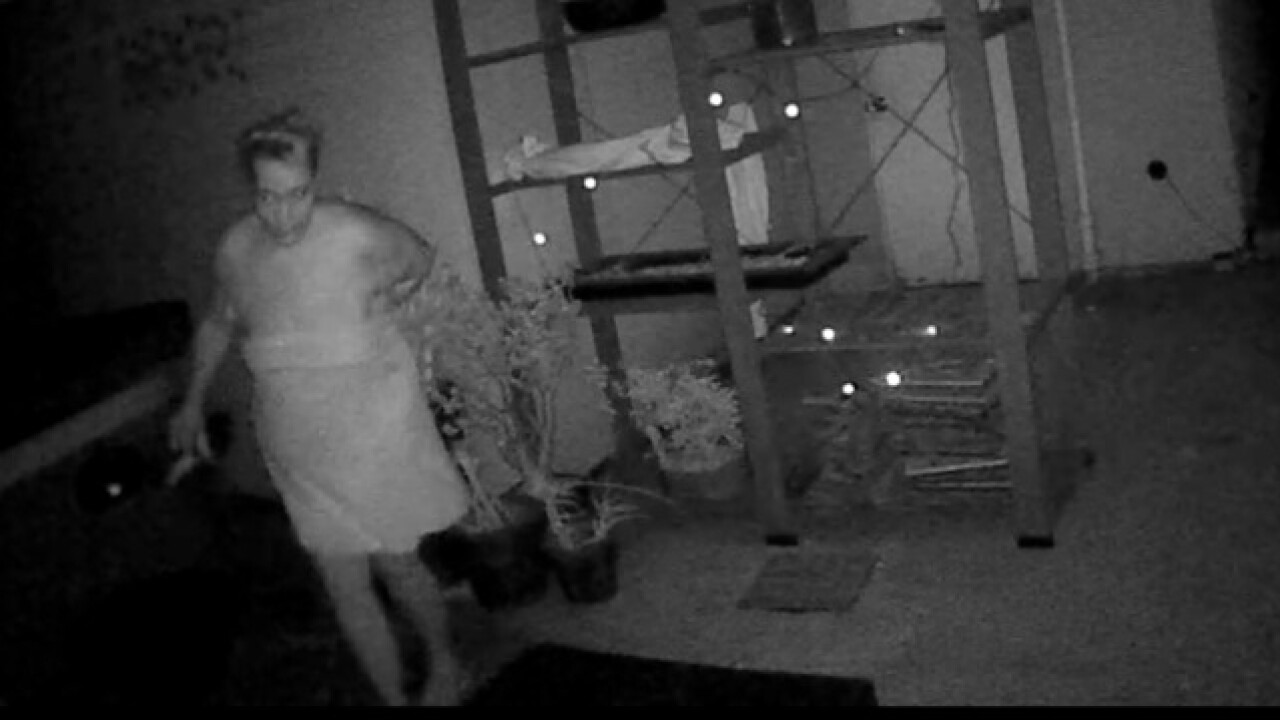 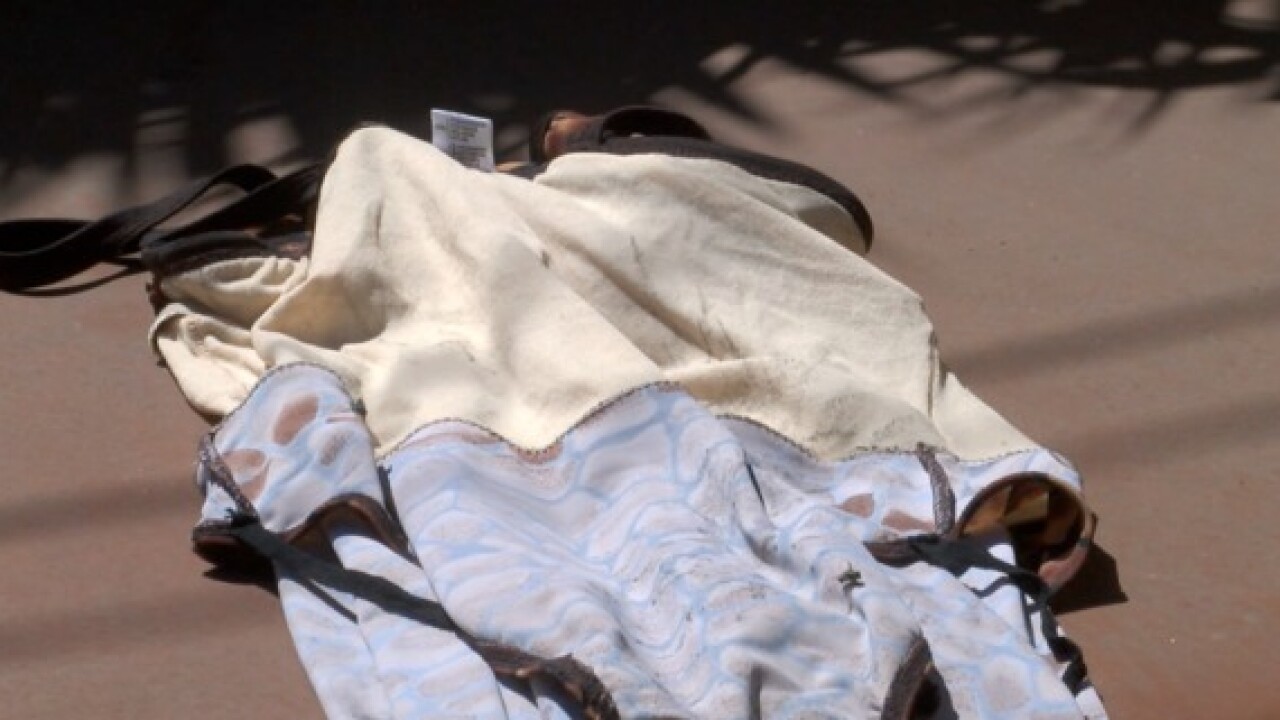 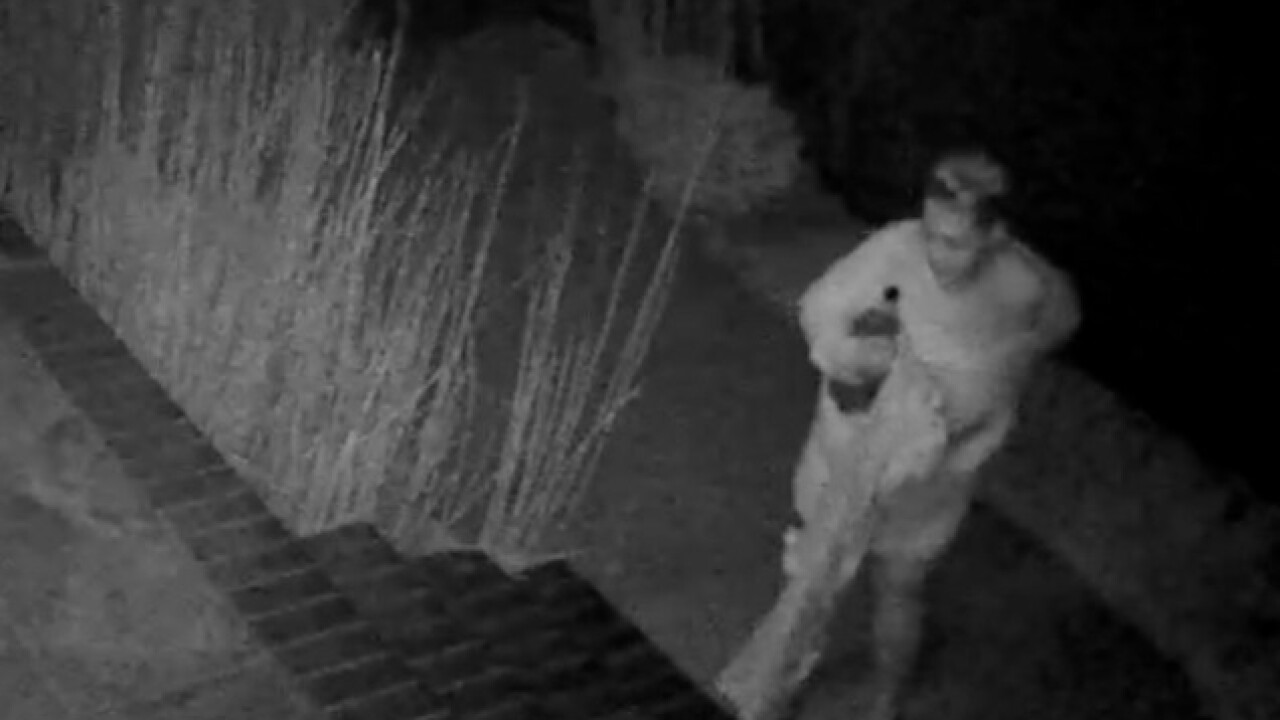 SAN DIEGO — While a man slept in his San Diego home, surveillance video showed a woman turning his backyard into a private resort.

William Keck woke up to phone alerts Tuesday morning inside his home in the University Heights neighborhood.

Surveillance video shows a woman around 12:30 a.m. going behind some shelving in his backyard to take off her clothes, before heading to the hot tub holding what appears to be a giant bottle of beer.

"It was a sense of violation. It's not her hot tub to use. This is not her home," said Keck.

After half an hour, she is seen getting out of the hot tub before wandering around the back and then the front yard.

Soon after, and a few doors down, cameras caught what appeared to be the same woman on a front porch, smoking and stealing drinks from a cooler.

Back at Keck's home just before 5 a.m., he discovered a bathing suit on top of an uncovered hot tub.  Keck believes the woman had been watching the house.

"She came with her own towel. She came with a bathing suit and she knew we had a hot tub. Kind of creepy," said Keck.

It's not clear if the woman is homeless, but Keck said like many other neighborhoods, his has seen a rise in problems. He's spotted strangers wandering up his driveway and others sorting through recyclables. Now he can add a mystery woman throwing a party for one in his yard.