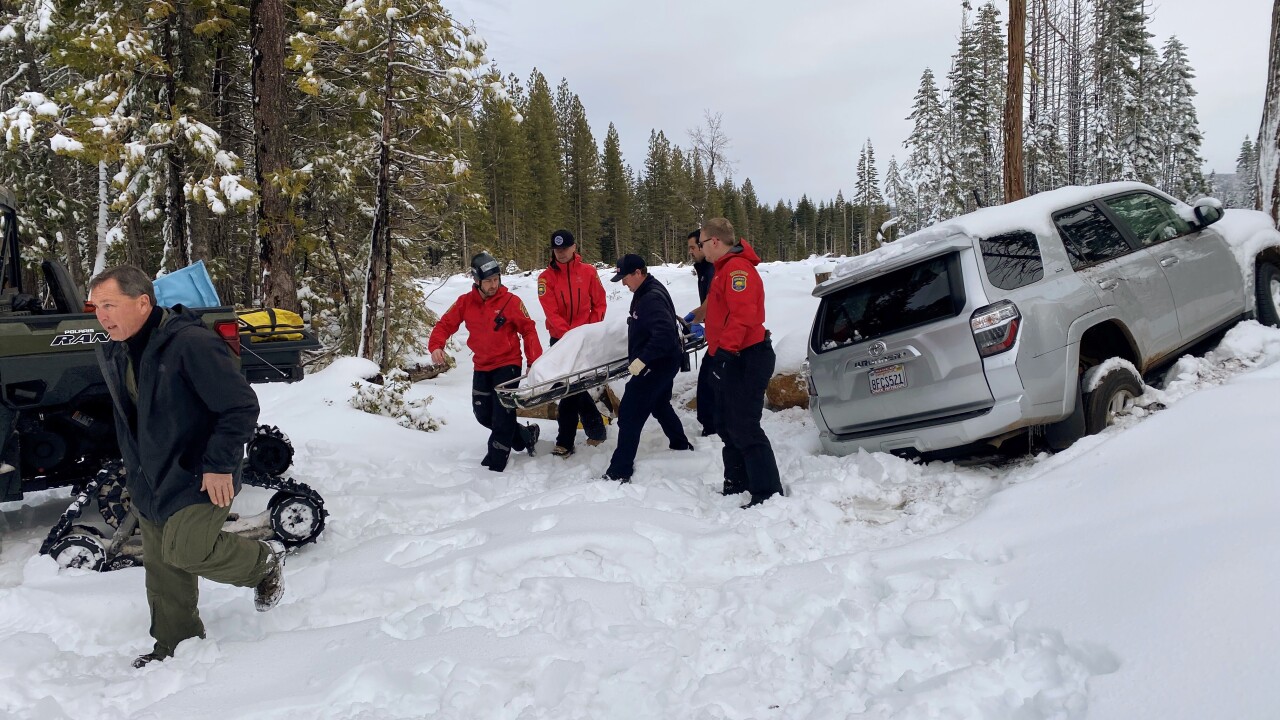 The family of a woman with dementia who survived for six days in her snowbound SUV in Northern California said they feared the worst.

Deputies rescued 68-year-old Paula Beth on Wednesday after a helicopter flying over a remote, mountainous community spotted her car.

Her stepdaughter told Sacramento TV station KTXL that the family feared she was dead and called it a miracle that authorities got to her in time.

Her family says she stayed warm by periodically turning on the car for heat and bundling up with moving blankets and floor mats.

She was severely dehydrated but is expected to be OK.

“I really want to say thank you from the bottom of my heart to the sheriff’s department," said Laura Powell, Paula Beth's stepdaughter. "They want above and beyond, and we really appreciate them for that."

Scripps National contributed to this report.