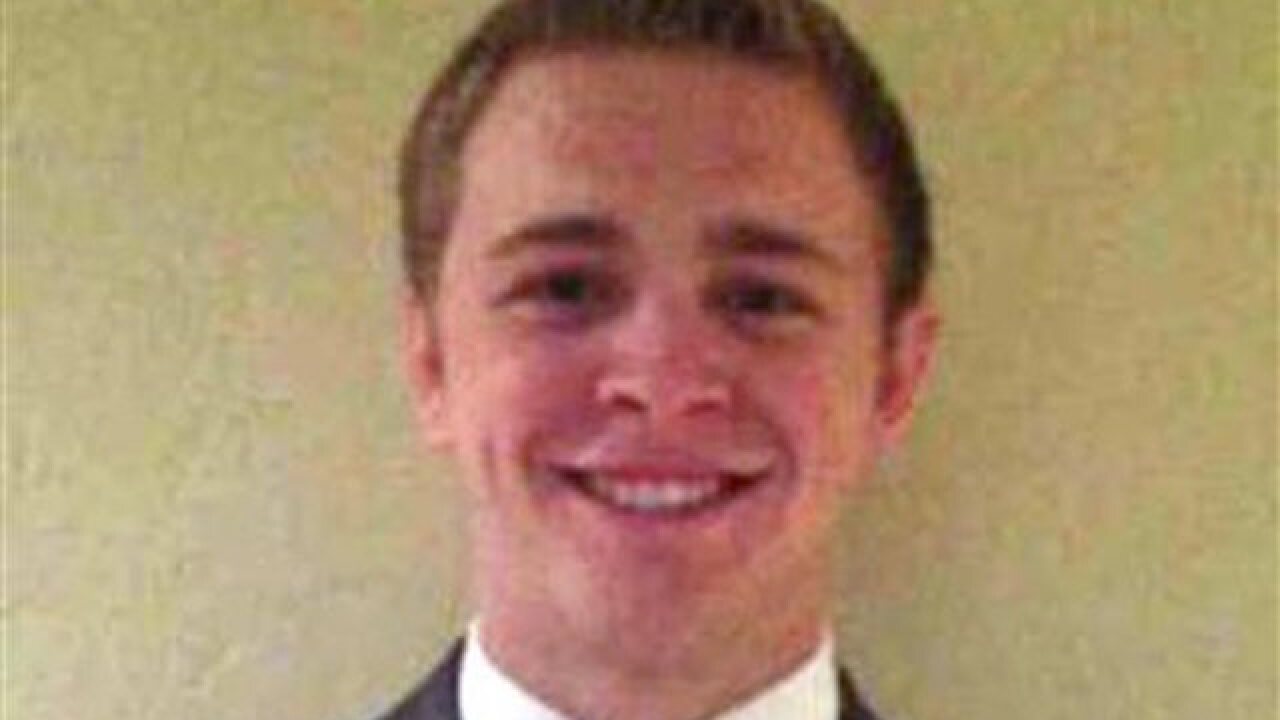 SALT LAKE CITY (AP) — Surviving a major bombing is the extraordinary — and repeated — situation that one Utah teen can live to tell about.

Mason Wells, a 19-year-old from Sandy, Utah, is expected to make a full recovery from the bombing attack at the Brussels airport Tuesday, which left him with a surgery scar, severed Achilles tendon, head gash, shrapnel injuries and severe burns.

Wells had once again found himself at the center of a major attack — standing within feet of a bomb that exploded at the Belgian airport. The blasts in the Belgian capital killed 31 people and wounded dozens at the airport and a subway station.

Three years ago, Wells and his father felt the ground shake and narrowly escaped death from an April 2013 attack in the U.S., when a pressure-cooker bomb exploded a block away from where they were watching his mother run the Boston Marathon.

"Hopefully he's run his lifelong odds and we're done," said Chad Wells about the oldest of their five children. "I think it will make him a stronger person...Maybe the Boston experience was there to help him get through this experience."

The former high school football and lacrosse player had four months left on his two-year Mormon mission, and was planning to major in engineering at the University of Utah next fall. He also wanted to reapply to the Naval Academy after barely missing the cut after high school, his father said.

His father said he woke up to the latest news on the TV before calling his son's mission president in France and found out his son was injured but alive. More than eight hours later, they finally spoke to their son, who was groggy and exhausted after surgery. The teen is in good spirits but his family is still figuring out when they'll get to see him, and if he'll finish his mission.

"I'm completely shocked by the news. It's the kind of thing as a parent you never, ever want to wake up to," Chad Wells said. "We're just grateful that's he lived through this experience."

Other Mormon missionaries at the Brussels airport were also hospitalized. Richard Norby, 66, of Lehi, and Joseph Empey, 20, of Santa Clara, were with Wells and also hospitalized with serious injuries from the blast.

Empey is doing well after being treated for second-degree burns to his hands, face and head, his parents, Court and Amber Empey said in a statement. He also had surgery for shrapnel injuries to his legs.

"We have been in touch with him and he is grateful and in good spirits," the family said.

Utah Gov. Gary Herbert praised the Utah natives as "people of faith who have forsaken everything — family, friends, school and careers — in order to share a message of hope and love with the world." Thousands of Utah Mormons have served proselytizing missions around the world. Church members account for as many as two-thirds of the state's population.

The Utahns were at the airport with Fanny Rachel Clain, 20, of Montelimar, France, who was on her way to a missionary assignment in Cleveland. The woman had passed through security to a different part of the airport at the time of the explosion. The Church of Jesus Christ of Latter-day Saints said she didn't make her flight out and was hospitalized with minor injuries.

It instructed others in the France Paris Mission to stay in their homes, though mission President Frederic J. Babin said the missionaries will still continuing working in their mission to preach the gospel.

"We, since what happened in Paris last year, we have been working with all the missionaries on safety rules for them to be safe, wherever they are, in Belgium or in France," Babin said in an official church video.

As for Wells, family friend Chris Lambson said he thinks divine interventions have helped the young man survive in the face of such extraordinary, if not repeated, circumstances. In fact, Wells was also in France about two hours away from Paris during a series of attacks in the city last November.

"He's doing extremely well," Lambson said. "His biggest concern right now is about housing at U of U."