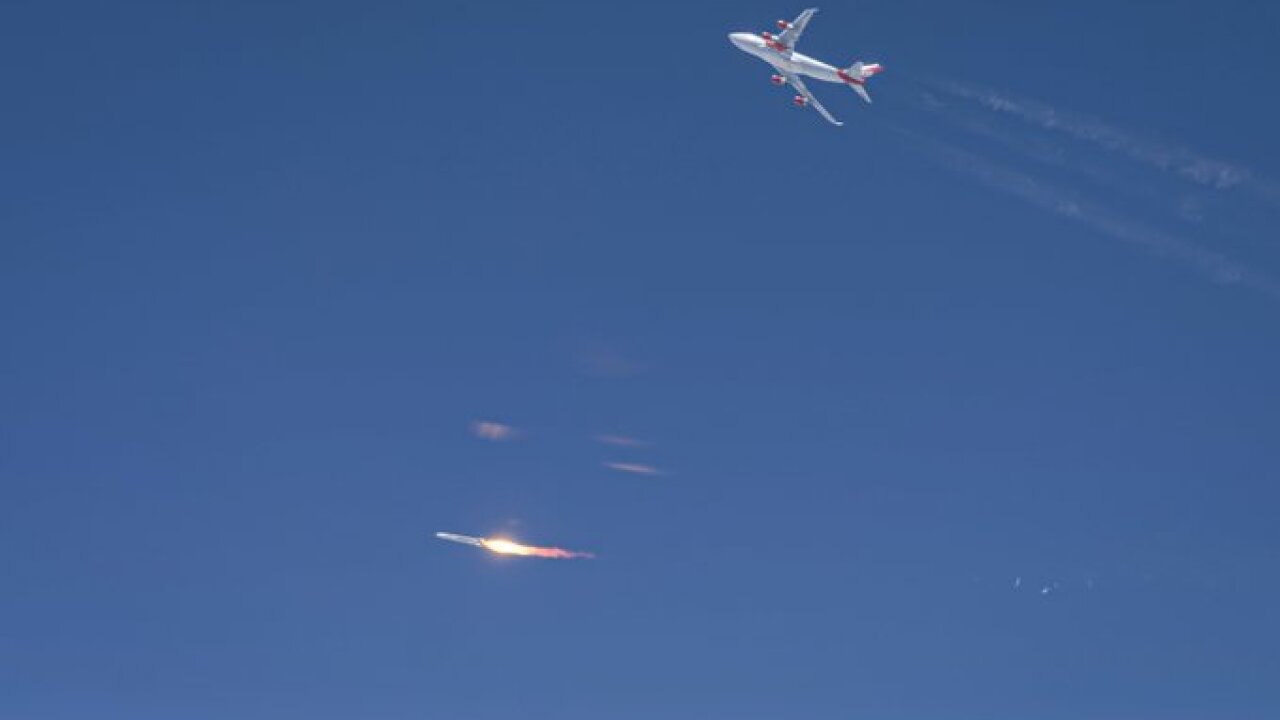 LOS ANGELES (AP) — Richard Branson's Virgin Orbit has failed in its first attempt to launch a test satellite into space aboard a rocket carried aloft by a Boeing 747 and released over the ocean off Southern California.

The inaugural launch had appeared to be going well Monday until moments after the rocket was dropped from beneath the left-wing of the jumbo jet dubbed Cosmic Girl.

In a press release , the company said shortly after the rocket's booster engine was ignited, an anomaly occurred, and the mission was safely terminated.

There's no immediate word on what went wrong.

"Our goals today were to work through the process of conducting a launch, learn as much as we could, and achieve ignition," the company said in a tweet. "We hoped we could have done more, but we accomplished those key objectives today."

In a tweet , the company said that the data they collected would allow them to conduct their next test as soon as possible.

The company released images of the next rocket they plan to use.

Here's our next rocket, built and ready for system-level testing in our final integration area as it waits for its turn to fly to space. pic.twitter.com/Zhc2uDtMMC

Virgin Orbit says the Boeing 747 and its crew are safe and returning to base.