Blue bird from 'Rio' movie now extinct in the wild 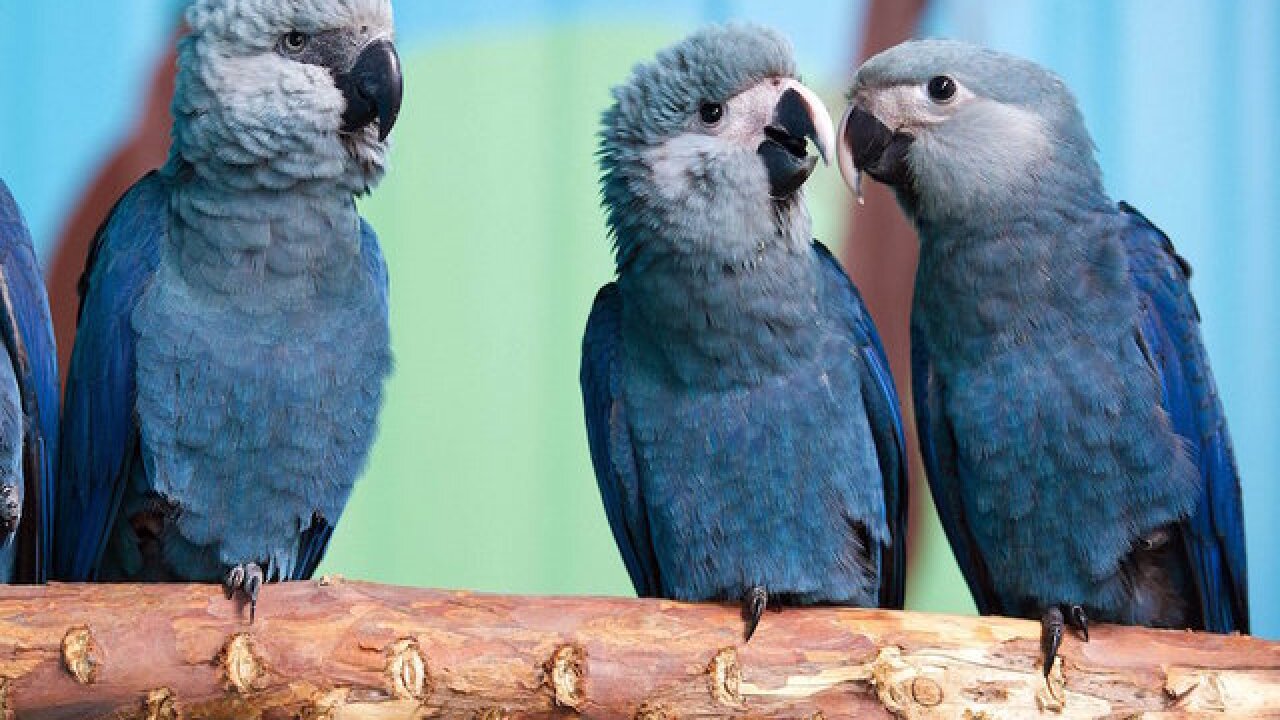 © 2018 Cable News Network, Inc.
DPA/AFP/Getty Images
<p>The Spix's macaw achieved onscreen fame in Disney's "Rio" as a charming parrot named Blu who travels thousands of miles in an attempt to save his specie</p>

The Spix's macaw achieved onscreen fame in 20th Century Fox's "Rio" as a charming parrot named Blu who travels thousands of miles in an attempt to save his species.

But a  study  released this week found that the Brazilian bird is now extinct in the wild.

The Spix's macaw is one of eight bird species, half of them in Brazil, confirmed extinct or suspected extinct in the report from  BirdLife International . Deforestation is a leading cause of the Spix's macaw's disappearance from its natural habitat, according to the report.

For the first time, extinctions on the mainland are outpacing those on islands, the study says.

"Ninety percent of bird extinctions in recent centuries have been of species on islands," said Stuart Butchart, BirdLife's chief scientist and the paper's lead author. "However, our results confirm that there is a growing wave of extinctions sweeping across the continents, driven mainly by habitat loss and degradation from unsustainable agriculture and logging."

In the 2011 movie, Blu was raised in captivity and travels from Minnesota to Brazil with his owner to repopulate his species with the last wild female of their kind, Jewel. But the movie was 11 years too late, the study found, as Jewel likely would've died in 2000.

That doesn't mean all hope is lost for birds like Blu. The report says that although the species is extinct in the wild, 60 to 80 Spix's macaws still live in captivity.