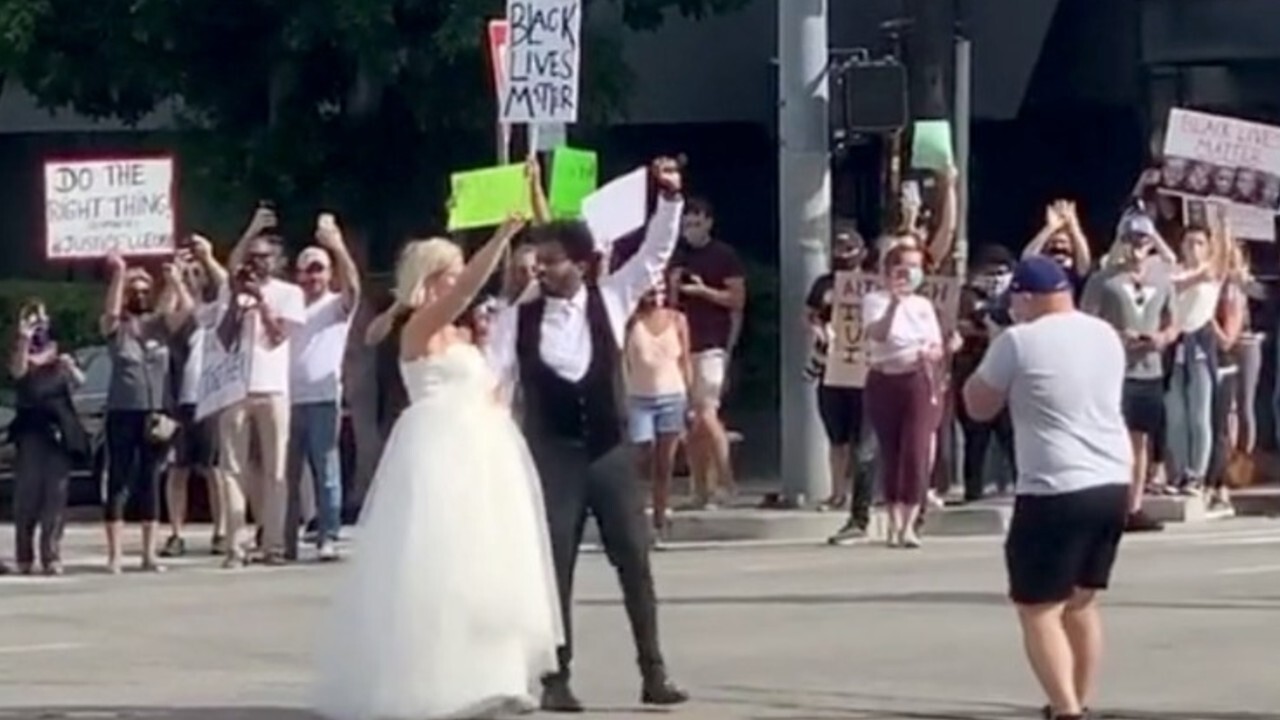 LOS ANGELES, Calif. – It’s a strange time to get married in America, with the coronavirus pandemic and George Floyd protests ongoing.

However, the unforeseen circumstances have led to some powerfully moving moments, like one captured on video in Los Angeles.

On Tuesday, demonstrators were gathered at the intersection of Barrington Ave. and Wilshire Blvd. when they received a visit from some surprise guests.

A newly married interracial couple decided to make a pit stop at the Black Lives Matter rally after their wedding, still in their wedding dress and tuxedo.

The beautiful moment was captured on video by a protester, Navin Watumull, who lives in the area and posted a clip online with “Here Comes the Bride” playing in the background.

In the clip, the newlyweds step into the intersection holding hands, with their fists in the air before the peaceful protesters surround them and cheer them on.

"It was such a powerful, positive moment during such an important time in our society," Watumull told E.W. Scripps. "It was beautiful - seeing this newly married couple happy, in love, as equals, and a crowd of people supporting them regardless of their race, gender, or any other differences. Equality. That's what these protests are all about!"

This L.A. protest is among many that have been held across the country in reaction to the killing George Floyd in Minneapolis. A video captured the moment an officer pressed his knee on the 46-year-old's neck for several minutes as he said, "I can't breathe," a phrase now repeated by demonstrators calling for justice and an end to police brutality.